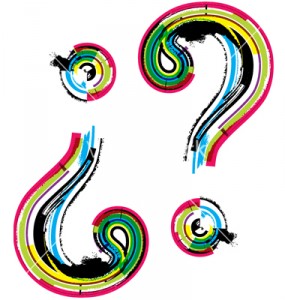 These have been troubling times for adherents of the Islamic faith with the rising tide of extremism along with an increasing number of Muslim scholars and clerics attempting to monopolise a singular path to salvation. Most Muslim-majority countries have adopted constitutional clauses mandating that all legislation must conform to Islamic law. Pertinently, as a study by the Pew Research Center recently revealed, in most Muslim-majority countries – even those relatively more multicultural like Malaysia – religious police enforce Islamic norms. There appears to be a pandemic of moral and religious patrol across the Muslim-majority world – often with grotesque consequences such as sectarianism, executions and suicide bombings.

The irony and shock to some extent was profound then when the Prime Minister of this country, David Cameron, announced on 18 January on BBC Radio 4’s Today Programme that he would be creating new rules that would make it mandatory for immigrants to know the English Language and abolish segregation in public places. It betrayed a profound analogy to hardliners who have taken the charge of policing religious norms – the question was screaming out loud – is Mr. Cameron not, too, assuming the mantle of enforcing what are in his mind liberal norms? How different does that make him from the dogmatic religious clergy?

The Prime Minister’s statements brought to mind the words of Ibn Khaldun, the 14th century Arab historian, who once said that, “Government is an institution which prevents injustice other than such as it commits itself.” Mr. Cameron’s plans to introduce the English Language as a mandatory pre-requisite to settlement in the United Kingdom will no doubt often create scenarios wherein immigrant mothers wishing to join their partners in the UK will be faced with the possibility of not being able to do so simply because their English is not good enough. To be sure, having a good working knowledge of today’s lingua franca while maybe considered essential, Mr. Cameron could institutionalise language-learning centers geared specifically towards providing immigrants English language lessons, employing staff suited to meet the needs of the diversity of immigrants. Measures such as these would not only ensure that foreign settlers in Britain acquire knowledge of the language but also interact with other well-integrated migrants from similar ethnic backgrounds. In any event, to be able to obtain a British passport, migrants must demonstrate a level of proficiency not just of the English language but of British history and customs as well. As a migrant myself who will need to pass these tests a few years from now, I would imagine the rules currently in place should have been sufficient in themselves.

Second on his list of proposals is to ban segregation in public places. Notwithstanding the enduring debate on “safe spaces” for women that provide a place of healing, support and even innovation and inspiration to many women, particularly those having suffered traumas like rape, Britain has long been a pro-choice country and has hailed the values of diversity, plurality and multiculturalism. Indeed, its increasing multicultural and multi faith fabric bears testimony to this. And hence Mr. Cameron’s desire to abolish segregation unilaterally without actually engaging with British women who identify themselves as Muslims is profoundly antithetical to Mr. Cameron’s own commitment to the principles of pluralism. Paradoxically, Mr. Cameron is it seems breaching the values of pluralism in the name of pluralism itself. To that extent, the Prime Minister ironically bears an uncanny semblance to the self-appointed enforcers of religious norms, who do so in the name of religion. In a rights-protecting, free-speech-defending, diversity-celebrating country, that should be sacrilegious to say the least.