On the surface it sometimes feels like copyright law is incoherent. On the one hand, we read about how the character of copyright is aimed at benefiting society; enriching public discourse; and promoting the progress of science and the useful arts. But then, we read elsewhere about copyright as a primarily economic tool, calculated to achieve maximum incentives for economic return to owners. 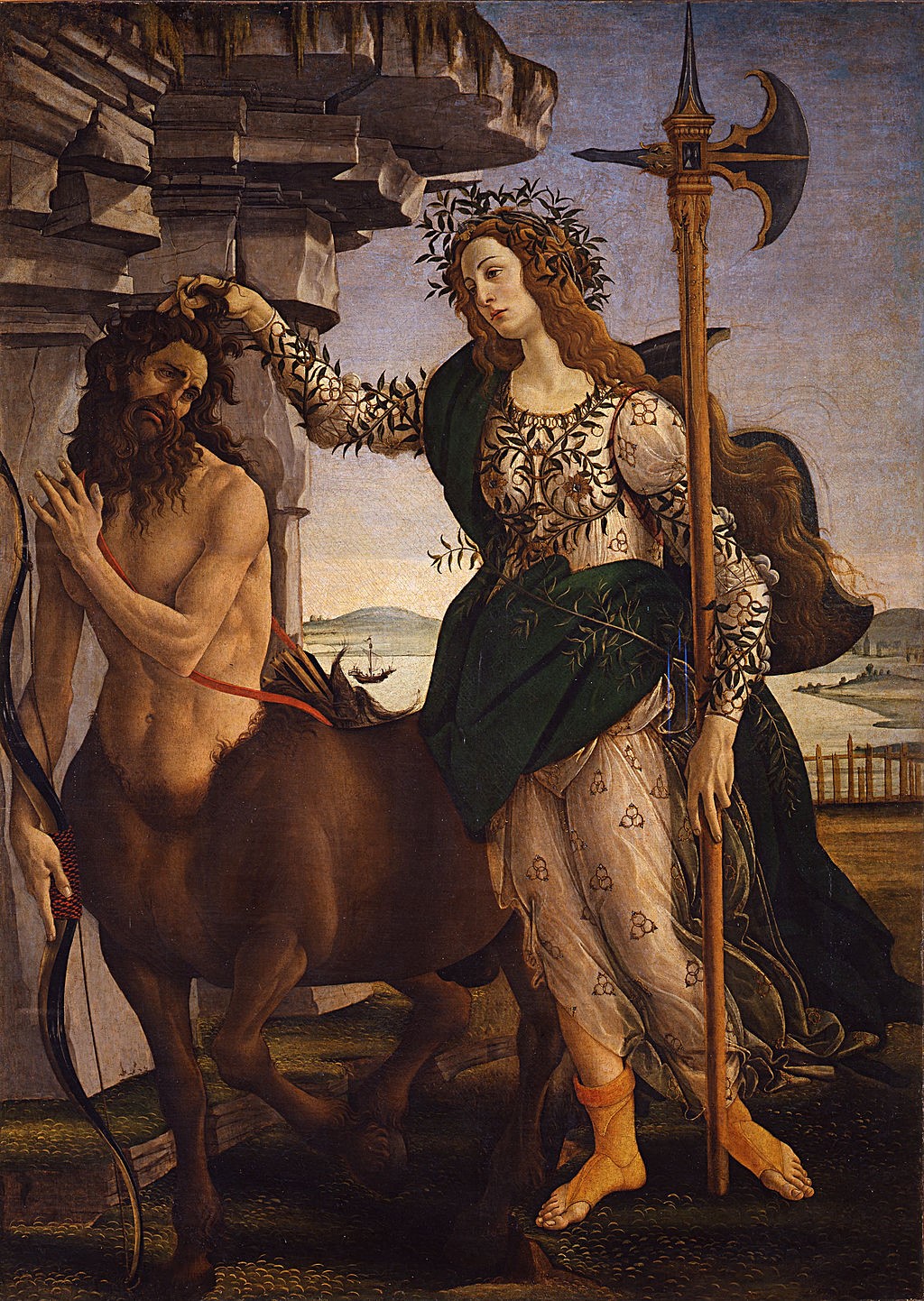 Athena Pallas (Minerva) and the Centaur, by Sandro Botticelli c.1482. (No need to use fair use for this image since it is in the public domain!)

When we have what seems like an irresolvable conflict between these two characters, fair use somehow always seems to make an appearance. Like the story of those Greek dramas in which gods descend onto the stage via machine (deus ex machina) to resolve seeming plot holes, fair use can sometimes seem to swoop in and handily resolve all issues.

Except it doesn’t, or at least it shouldn’t. Fair use is not some external entity acting on the copyright system at whim, like Zeus interfering in mortal disputes. But in day to day use, I experience the allure to treat fair use this way when working with people new to copyright who are seeking answers to basic questions such as “Can I reuse this figure in my article?” or “How much of this book can I scan for my students to read online?” After some preliminary introduction to what fair use does, I find those users have the strong tendency to fall in love with the power of doctrine. Why address other complex questions (“Is the work copyrightable to begin with?” “Is what you want to do even implicating any of the owner’s exclusive rights?”), when, like a magical incantation, it seems you can just say words like “transformative” and “educational” and, presto chango, everything is OK!

While fair use is powerful, it isn’t magic. What it is, is an integral part of the Copyright Act. As the statute states, fair use is a “right” too, and exercising it is “not an infringement of copyright.” It also requires rigorous analysis. Mindlessly incanting words such as “transformative” won’t do. There is now helpful empirical evidence that fair use applied by the courts is not arbitrary, but has a robust and coherent framework of analysis for ensuring that copyright doesn’t “stifle the very creativity which the law is designed to foster.” Whole codes of best practices from a variety of communities of practice—documentary filmmakers, librarians, and many others—have been developed to put into practice lessons from those cases, providing yet more certainty and coherence to the doctrine for users in day-to-day application.

Beyond misapplication, I think a much more serious concern is in the pressure to look to fair use as a way to avoid other hard questions about other areas of copyright law. If we look to fair use to solve all our copyright questions, that pressure could start to water down and ultimately threaten the coherence of the doctrine. Two recent cases in particular raise some concerns about whether core questions about the scope of copyright protection are being punted into an unnecessary fair use analysis.

ASTM v. Public.Resource.org is one such case, at its core about whether standards (e.g., material safety standards) incorporated by reference into federal law are protected by copyright or are unprotectable as “edicts of government.” The district court in that case concluded that such standards as incorporated into the law are protectable (a decision I think was wrong).On appeal, the D.C. Circuit Court of Appeals reversed but instructed that the best way forward would be to avoid the subject matter question and instead analyze first the use primarily through the lens of fair use.

Oracle v. Google raises some similar issues. This is a case currently before the U.S. Supreme Court, primarily to answer the question of whether application program interfaces (APIs) are copyrightable. Google’s position is that they are not protectable and there is no infringement, at least in how Google has used them on the facts in that case, while Oracle says that they are. As a backup argument, Google argues that even if protectable, its use is fair use.  Google has a good, though a bit awkward fair use argument, explained well both in its brief and in supporting briefs from amici . Like the ASTM case, this case raises much more important questions about the scope of protection. Currently before the Supreme Court, my hope is that the Court does not dodge those important questions even if fair use gives them the option.

So is fair use copyright’s a deus ex machina? No, I think not, but we are sometimes tempted to ask it to be. We have a lot to lose if we do that. In any individual case, it probably doesn’t matter much, but over time and across many situations, we risk watering down the currently robust, predictable doctrine. I’m not saying that we should avoid fair use at all costs, but it’s important to remember that fair use is just one part (an important part) of the copyright system, and we shouldn’t lean on it to resolve all of our issues.

Notes and resources you may want to check out:

Some of my thinking on this subject is influenced by a fantastic article, now 15 years old, written by Matthew Sag titled “God in the Machine: A New Structural Analysis of Copyright’s Fair Use Doctrine.”

The research I mentioned above on the stability and coherence of fair use is rich. Some articles worth checking out are:

Finally, the fair use best practices are available at https://cmsimpact.org/codes-of-best-practices/.