In the clothing exhibit at the German National Museum in Nuremburg, there’s a mannequin entitled ‘Weinberg Hats (“Meraner Saltner”)’, dressed in an outrageous costume including an enormous fur and feather hat with foxtails, and a necklace of boar tusks.  He’s holding a spear and wearing a big walrus mustache.

It turns out that the ‘saltner‘ is a traditional Tyrolean vineyard-keeper. His fearsome appearance is supposed to scare away thieves.

The specific outfit on the museum’s mannequin (dated 1825/1905) comes from Meran, or Merano, in the South Tyrol, now a part of Italy.  It may be based on an 1870 photograph from the Hulton Archive which depicts a nearly-identical character. 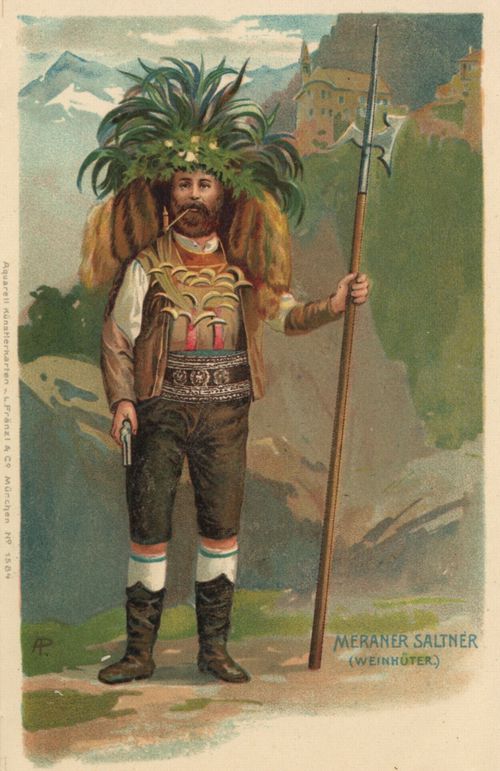 One thought on “The saltner of Merano”