Ode to an Unsung Hero 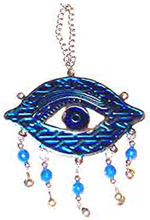 Boston sports fans have reason to be nervous – the incredible run of luck experienced by area sports teams is coming to an end.Now it can be revealed – the Dowbrigade has been personally responsible for the incredible run of championship seasons during the past 5 years, and we are getting tired. For the past 60 months we have been collecting charms and amulets from around the world, consulting with witch doctors, consorting with dark powers from beyond the veil, performing rare and almost forgotten rites and burning exotic herbs in abundance.

And you thought it was just fantastic coincidence that the Patriots, Red Sox and Celtics have all put in historic season after season and brought home more combined championships than any other city in such a short period? Or that it was somehow our superior sporting spirit, or some unknown urban virtue? Maybe the collective brilliance of our coaches, managers and athletes can be attributed to intellectual osmosis from the high I.Q. zip codes along the Charles? Or something in the water?

Fuggedabouddit. It is we, the Dowbrigade, working tirelessly 24/7, scouring the globe for tchoktches, medicine pouches, religious icons, fertility figures, lucky charms and power crystals. Our dedicated research staff is constantly unearthing sacred texts, arcane tomes and occult resources for good curses, jinxes and hexes to fire on our unlucky opponents.

We have spent months and most of our disposable income acquiring powders and potions, snake skins and beeswax, holy water, hallowed earth and sacred fire, ceremonial knives and rare incense. Not to mention the dozens of farm animals offering themselves up for ritual sacrifice. And the schlepping – you try to get a 2,000 pound ceremonial stone altar into a 3rd floor walk-up.

But no sacrifice was too great for our teams. It all started in 2002, when, recently returned from a vacation retreat with an Amazonian shaman who must remain nameless, we set up a small shrine in a corner of ourliving room and adapted a few simple rituals the Shaman had taught us into weekly enactments right before each Patriots game. Every week we tried to introduce something new to the ritual – a rabbits foot, a native American katchina doll, a pinch of hogwart. When the Pats up and won their first championship, we were hooked. We knew we had to keep going.

We knew that we were personally responsible for bring the trophy home to Boston, and that with great responsibility comes great power.

By 2004 we had become much more adept at the rites and spells, and had widened our horizons in the search for more powerful talismen and charms. We obtained a shipment of Rudraksh nuts, found only in remote regions of the Himalayas, and collected four-leaf clovers from outside of each of the stadiums on the Patriot’s schedule. When our efforts were rewarded with another championship we resolved to redouble them yet again.

The Patriots third championship in 2005 was largely the result of the actions of a series of demons and evil spirits we summoned from the Nevernever via a magic lantern obtained from a Vedantic mystic whose son was trying to get into Brandeis (he did).

Summoning these spirits each week, and siccing them on the opponent de jour, was exhausting work, and we swore we would never do it again after a storm spirit went out of control after the Superbowl and absolutely destroyed a seaside trailer camp outside Jacksonville (they called it a “freak storm”). But you can’t argue with the results.

Later in 2004, we transferred our attention to baseball, which turned out to be a whole new level of challenge. For one thing, overcoming an 87-year-old curse is no day at the beach. We needed major mojo, which arrived in the form of a shroud from a 1,800 year old Mexican mummy, unearthed beneath an ullamaliztl (an Aztec ball game) court in the ancient capital of Tenochitlan. Legend has it he died scoring the final goal in a sudden-death regional final, saving his entire region from literal sudden death at the hands of division rivals.

In addition, the length of the season proved problematic. In order to provide a non-stop psychic assault on the Red Sox’s opponents we arranged visas and passage for a hardy band of near-naked tribesmen from New Zealand, a Maori Shaman and his five acolytes, who were adepts at the performance of the Ka Mate Haka, a sort of singing celebration of Life over Death which packs a hell of a whammy.

Performing the Haka before each of the 162 ballgames of the regular season and the 20 post-season encounters proved a real trial, and before the season was half over Norma Yvonne was really pissed at the presence of 6 Maori tribesmen in our guest room, constantly chanting “Kikiki kakaka kauana! Kei waniwania taku tara”, but it was all worthwhile when we burst the curse and won the series.

Nevertheless, our marriage took a hit for the cause, which is why, this season, we went with a trio of mystic Russian monks who have taken vows of silence, rather than inviting the Maori back.

We thought about helping out the Bruins, but Jeremy Jacobs has so much negative karma that counteracting it would require human sacrifice, and even the Dowbrigade draws the line somewhere.

This constant marshaling of occult forces in favor of the New England sports teams has taken a toll, financially, physically and psychically on the whole Dowbrigade franchise.

The stress is starting to show. At the climax of a six day fast this past February, in the throes of a drug-induced trance-dance, we had a mini-breakdown and lost our focus during the waning minutes of the Superbowl. The disastrous results are now a matter of public record.

Hell, if we want to take credit for all those championships, we ought to take the heat for the one we blew.

Now, we find ourselves in the heat of the NBA finals. In an effort to assure victory we’ve been consorting with the Faeries, and their penchant for truly evil mischief and trickery has our home in a shambles. But I guess we can put up with it for another couple of weeks, if it means bringing home the Larry O’Brien Trophy for the first time in 21 years. No sacrifice is too great for long suffering sports fans.

But, honest to God folks, we don’t know how much longer we can keep it up.

So enjoy it while it lasts, Boston Sports fans, and be prepared for some long lean years when we finally end our efforts. Even the strongest Mojo wears off, and magic offers only a temporary dispensation of the law of averages.

6 Responses to Ode to an Unsung Hero