We Invented It, We Should Own It 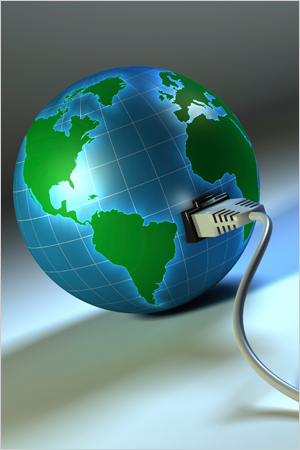 Invented by American computer scientists during the 1970s, the Internet has been embraced around the globe. During the network’s first
three decades, most Internet traffic flowed through the United States.

In many cases, data sent between two locations within a given country also passed through the United States.

Engineers who help run the Internet said that it would have been impossible for the United States
to maintain its hegemony over the long run because of the very nature of the Internet; it has no central point of control.

And now, the balance of power is shifting. Data is increasingly flowing around the United States, which may have intelligence — and conceivably
military — consequences.

Although the “Internet” and the technology that made it possible was largely developed in the United States, that was eons and many generations ago in cyber-time. More recently, today’s internet, the WWW, was “invented” in Switzerland and is truly a world without borders – but lots of walls.

American dominance of the virtual worlds of the Internet, like American dominence of the Real World, is a delusion of grandeur, doomed to evaporate in the cold, clear light of the 21st century. Live with it. We may not own or control the Internet, but we still Rule it, by dint of our ingenuity, creativity and insatiable curiosity.

4 Responses to We Invented It, We Should Own It