Last Word on the Millionth Word 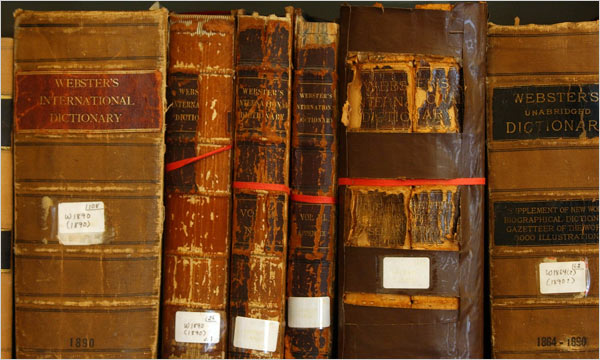 On Wednesday, a Texas-based media consulting firm announced the birth of the millionth English word, which arrived on June 10, 2009, at 10:22 a.m., Stratford-on-Avon time.

The lucky lexeme? “Web 2.0,” which edged out “slumdog,” “octomom” and “N00b,” a disparaging term for video game newbies.

Language experts, when asked for comment, found themselves reaching for other words, some of them unprintable.

“It’s bushwa, fraud, hokum,” said Geoffrey Nunberg, a linguist at the School of Information at the University of California at Berkeley.

Grant Barrett, a lexicographer and co-founder of the online dictionary Wordnik.com, said: “It’s a sham. It’s a hoax. It’s fake. It’s not real.”

Indeed, it’s hard to find scholars who react with anything less than blunt outrage at the headline-garnering “Million-Word March,” which was begun in 2003 by Paul JJ Payack, the president and chief word analyst of Global Language Monitor. They point to the frequently revised predictions of the fateful word’s arrival, perhaps to coincide with the publication of his book about the project. They question the validity of the algorithm used to pinpoint when a word crossed the threshold of 25,000 geographically scattered uses — something they say even Google could not come up with.

Mr. Payack defended himself, conceding that the announcement of the millionth word was just an “estimate.” But he insisted it was still significant.

“English has an amazing ability to accept new words, generated from every corner of the world, and that’s a fascinating concept that should be acknowledged,” he said.

True enough, say linguists, who with all the computer firepower they use these days are hardly word mavens trying to keep techie barbarians out of the sacred precincts of Dr. Johnson. The question of how to count words — and just why English-speakers love to hear about their unusually weird and variegated lexicon — opens up fundamental issues about just what English, and a word, is.

English is definitely big. The Oxford English Dictionary lists about 600,000 words (mostly drawn from written sources), with more than 1,000 added annually. Merriam-Webster’s estimates that there are about a million words in English, give or take a quarter-million — far more than the 500,000-plus claimed by the runner-up, Mandarin Chinese, and the 100,000-odd words of French.

But the idea of an “English word” is inherently fuzzy. How do you count compound words like “hot dog” or infinitely expandable ones like “great-great-great-great-aunt?” What about foreign loan words? Terms for chemical compounds (roughly 84 million) or insect species (roughly one million)? The slang terms that wink in and out of existence without ever making it into print?

Our fascination with the vastness of English, Mr. Nunberg said, springs from a kind of linguistic imperialism — a feeling that “our dictionaries are bigger than their dictionaries.” But this doesn’t really make us any richer linguistically, he contended.

“It’s not like the French are impoverished because they have fewer fish names than we do,” he said.

Indeed, some linguists argue that our obsession with the odd profusion of English misses what is really distinctive about the language: its grammar.

Lots of languages have a mixed-up lexicon, but few have English’s hybrid structure, said John McWhorter, a linguist at the Manhattan Institute. English grammar “has been bastardized by Celtic and then beaten up by Vikings, who made it simpler than it would otherwise be,” he said. “We are speaking a bastard and beaten tongue with a very unusual grammatical history.”

But try getting anyone interested in a story about that.

Actually, the Dowbrigade is fascinated by the history of the English Language, having taught it at the Peruvian National University. It is worth remembering that before the aforementioned linguistic assault and battery, English was a hard-luck refugee dialect of low German surrounded and mutated by Celtic and Latin, and that afterward it was raped and pillaged by French, which kept it in idiomatic surfdom for 400 years.

8 Responses to Last Word on the Millionth Word