We miss you, András! Wishing you all the best for an exciting retirement!

András Riedlmayer, Bibliographer in Islamic Art and Architecture at the Fine Arts Library, will be retiring at the end of this year. Words do not do justice to describe András as a colleague, mentor, friend, and advocate for the preservation of cultural heritage in war-torn societies. He will be sorely missed at the library by staff, students, fellows, and researchers. We wish him all the best for a fulfilling and exciting retirement!

András Riedlmayer, Bibliographer in Islamic Art and Architecture, is retiring after 35 years of distinguished service as director of the Documentation Center of the Aga Khan Program for Islamic Architecture at the Fine Arts Library. In his time at Harvard, he has helped build world class library collections and assisted countless students, faculty members, and other scholars with their research. A native of Hungary, he is a specialist in the history and culture of the Ottoman Balkans and has spent the past 25 years documenting the destruction of manuscript libraries and other cultural heritage during the Balkan wars of the 1990s. He has testified about his findings as an expert witness before the International Criminal Tribunal for former Yugoslavia (ICTY) and the International Court of Justice (ICJ). (For more information, see the February 2020 Harvard Gazette article entitled “Harvard Librarian Puts This War Crime on the Map”) In 2018, András received the Middle East Librarians Association’s David H. Partington Award for his “contributions to the field of Middle East librarianship, librarianship in general, and the world of scholarship.”

András holding his tuxedo cat Gideon, with a laptop on the kitchen table while answering reference questions on a zoom meeting. 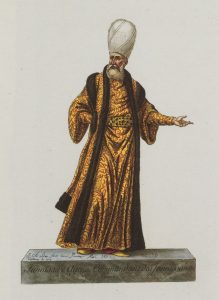 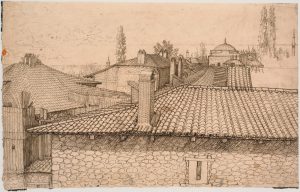 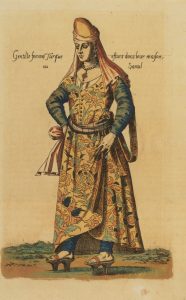