At last month’s Reimagining Education event convened by the U.S. Department of Education and the MacArthur Foundation, I led a breakout group that brainstormed a game to encourage civic engagement. We set the following boundaries to direct our thinking:

With these criteria, we quickly coalesced around a range of possibilities, all of which featured the following properties:

Out of this, three concepts bubbled up: Two of our ideas had kids documenting the world around them using mobile devices. Inspired by the experiments of Ben Stokes at USC and by the now-mothballed website “This is Broken,” we imagined youth armed with their camera phones taking pictures of things that respond to various prompts, e.g. “This is broken,” or “This could be better,” or “This is great!” The end result would be a civic map of a place from a youth perspective.

The Prompted app would then ping anyone who walked by a location where a picture had been logged. It might prompt a question – “What would you do?” followed by a yes-or-no voting mechanism on possible actions, or a lightweight discussion.

Another take on youth-created civic map was for participants to be able to look through photos taken by peers and begin to, in some fun or gamified way, tag and organize them. The focus would be on helping youth discover ideas or views they have in common as well as seeing other points of view.

The third concept was a “Civic Mine” that operated more as a set of tools that might, in addition to the ideas already described, also include story builders. What particularly caught our group’s imagination from this concept was being able to “flash forward” into some possible future where a particular problem was solved, or “flash back” into history when a similar problem was previously addressed.

The technology for developing a minimum viable product (MVP) for Prompted and especially Issue Sorter is already in the pockets of most kids today – mobile phones equipped with cameras, plus off-the-shelf systems like Flickr. In fact, an MVP has already been piloted and proven by Games for Change founder Ben Stokes during the course of his work at USC. Adding a geo-prompt or a sorting function would be a fairly simple task.

Indeed, none of the technology presented here is all that challenging. The trick – as with most educational interventions – is to figure out how to get teachers in real schools to use it as part of an ordinary class experience. Graphic notes from our workshop session.

The Obama administration is looking seriously into how games and virtual technologies can advance national policy priorities, from energy use to financial literacy to citizen diplomacy, announced White House Deputy CTO Beth Noveck at the United States Institute of Peace‘s presentation, “Smart Tools for Smart Power: Simulations and Serious Games for Peacekeeping.” As one of the Obama administration’s lead personnel on government openness, Noveck focused on citizen collaboration and civic engagement, but as founder of the State of Play conferences at New York Law School, she also spoke to games and virtual worlds in their own right. 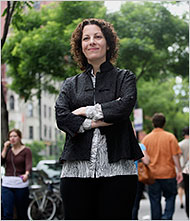 Some of the key areas that the Administration is exploring include:

As far as the power of games, Noveck mostly focused on virtual technologies, noting that “seeing oneself on the screen is critical… When we see ourselves – what does that mean for our ability to coordinate socially? What does it mean for decisionmaking and peacemaking?” She notes that it’s “amazing” to be able to sit in certain White House meetings where everyone is at least familiar with the concept of World of Warcraft. (No one asked if Obama himself is among them)

Weighing in on a long-standing argument in the “Serious Games” movement, Noveck noted that “serious games” should neither mean dull nor pedantic. She does state, as do many educators speaking to learning, that there ought to be many means of civic engagement as there are people who want to engage, so that there’s not just one single path to getting involved.

Noveck also spoke to strategies for how the government can undertake these initiatives, specifically, how to foster partnerships or other mechanisms (contests?) and how to measure impacts and outcomes. One recurring issue whenever White House technology is discussed is how the government can afford to take the risk of experimentation, especially given that gaming is considered highly risky (thus the need for the “serious games” appellation). One of the strategies is likely to foster “copycats” who improve upon the rudimentary experiments that the White House fosters, which Noveck says is already happening. At a minimum, there is hope that the CTO’s office can be a hub of innovation where civic-minded people and organizations can gather to share innovative ideas and make them happen — perhaps even, Noveck suggested in answer to a question, a “center for gaming.” (“Let’s talk,” she said to the questioner).

We’ve reached the limits of this corporate, civil-society-as-special-interest, system. New, digitally networked communities suggest a more fluid and inclusive model of public participation. And, I argue, video games are worth studying for their ability to help us overcome the twin problems of expertise and collective action.
END_OF_DOCUMENT_TOKEN_TO_BE_REPLACED Once upon a time, video game arcades functioned as a third place, a Starbucks for teens and tweens, mostly boys, but also girls and adults. With rising prosperity, we could afford not only consoles that beat the pants off did the arcades’, but also bigger living rooms to store new piles of gaming hardware. Fifteen years ago it would be hard to imagine Rock Band succeeding on the scale that it did, simply because many of us lacked the space for its peripherals. Today, dance pads, balance boards, drum kits, and all of that assorted game cruft is part of middle American life.

Clearly games did not become anti-social: we buy Rock Band because we want to play with friends. Rather, as play withdrew into the privacy of our homes, it became uncivil: while we strengthen relationships with our friends, we’re less likely to invite strangers to our homes to fill in the missing bass role, or jump into a quick round of Mario Kart.

Or perhaps not. For one thing, some games have found a niche in that consummate third place, the bar. Although rarely front and center, Guitar Hero is sometimes there in pubs where Centipede used to be. And of course, we might say that civil society has become virtual: what has done more to bring people into voluntary associations in this century than the MMO? And finally, of course, I shouldn’t wax nostalgic about the virtues of the archaic arcade. I quite recall them being dismal places.

Still, perhaps as Americans turn away from (or are turned out of) McMansions and run out of money and space for bulky video game hardware, perhaps we’ll see some renaissance of the arcade concept — game nights held in that third place between public and private. Game designer and scholar Ian Bogost considered it a washout election cycle for political games. McCain had his “Pork Invaders” arcade gimmick, and Obama bought ads in Xbox Live (largely an indulgence). But I would argue that 2008 represents a watershed moment for video games, a moment when the medium showed that it can, indeed, change the world. My.BarackObama.com (“MyBO”) didn’t just communicate ideas. It encouraged people to go and do something.
END_OF_DOCUMENT_TOKEN_TO_BE_REPLACED