In the last few days, one of my closest friends, who’s a full-time trader (aka TM), had a huge investment mistake.

He invested heavily in an oil holding with a large amount of leverage and it tanked with the oil market when the reports came out about U.S. inventory levels.  He immediately was issued a margin call by his broker and had to either liquidate or wire in funds.  I believe he did a combination of both but in the end liquidated his position and took a $300,000.00 loss.  For most people, this would have been a backbreaking experience.  Extremely painful it seems. 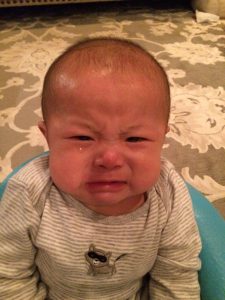 Yet he was undeterred.  He basically shrugged it off and instituted some innovative measures.  He became more determined and went ahead and hired a programmer to build some codes which would help him better identify opportunities and risks.  He also digitally created a better trade plan for improved risk management to help prevent this same occurrence in the future.

What I find important about this example is that, often, the impetus for change or innovation stems from an adverse event and then finding the will to improve and build upon it.  It is rarer that an individual simple creates and innovates without an inciting incident.  Those people are considered wise. It seems that most innovators are those who have been through, what many would call, “a lot” (I’m being polite).  That’s how certain ideas, such as ….  Yet,  how do we train our minds to be creative on a regular basis without having a major inciting cause?

I say this because major incidents can really hurt. They change us.  It’s human nature to be content and complacent when things are comfortable.  But when there is a major event, like with the loss my trader friend had, we are forced to get off our bottoms and change.

Although I feel bad for my buddy, I’d rather listen to the wisdom of others who have gone through the trauma and preemptively create something that solves a problem prior to personally experiencing the pain associated with it.

Would love to hear your thoughts…

We all know they exist.  They hide, work, and play in secrecy.  And their innovations are outstanding.  These are our Closet Innovators. 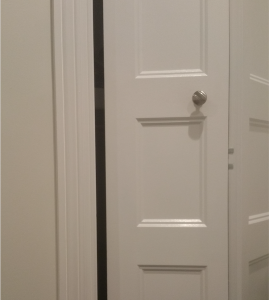 We all know people who come up with extremely ingenious ways to do certain things.  Yet, a lot of what they do is hidden and kept to themselves or within their small circle.   These people do not advertise their creative modifications on Facebook or tweet it’s existence on Twitter.  There are no photos on Instagram or videos on SnapChat.  They may or may not have advanced degrees or a pedigree in education.  Yet, we hear about these extraordinary advancements and their creator’s intellectual prowess through whispers in the wind.  Yes, these are those super smart people (regardless of actual IQ) known as the “Closet Innovators.”

Many years ago, I met I used to hang out with this fellow who epitomizes the classic definition of a Closet Innovator.  He was a lawyer who graduated from a prestigious law school, never practiced law and instead went into programming.  He supposedly built a significant empire as a domaineer as well as a web traffic guru.   He never flaunted his wealth, nor told many of his holdings.  I knew about it because I did very extensive search of his url holdings online through unconventional methods of discovery.  The more I found out about his domains, the more I became  impressed on how he obtained them.  Upon intermittent interrogations, I would later find out bits and pieces of how he built his web holdings and like a puzzle, figured out the bigger picture.  He is an individual who I would classify as a true Closet Innovator.  He did things that many could not figure out, but kept to himself so that others would not imitate.

I bring up this topic because sometimes the smartest agents for change are right around you.  It may be your neighbor who has instituted a new efficient way of trimming the hedges with precision and accuracy.  Or your younger sibling who invented a life changing means to complete cleaning laundry from start to finish in 5 minutes.  I know many of us seek the big game changer to create and unleash onto the marketplace.  But sometimes the simplest innovation is the winner.  We simply need to look around.

I am a big advocate for patient safety… anything to improve our passage through the medical system with little harm as possible.  This organization epitomizes the concept.

I came upon the Incubator for Patient Safety & Outcomes (IPSO). I love the fact that they are doing whatever it takes to empower patients with their own safety during medical care.  It’s formed by a bunch of guys from Harvard University and Harvard Medical School who believe in improving communication between patients and the medical and research community.  In some sense, they are advocating for patients to step up and become more involved with their healthcare in an innovative, yet simple format.  Their members appear to be leaders  in industry and patient safety, such as Dr. Richard Urman, Dr. Fred Shapiro and John Silva.  They have assembled a fairly strong team of individuals with even an Innovation Fellowship for budding leaders in patient safety.  This incubator, as listed on their website, is an offshoot of the non-profit Institute for Patient Safety in Office Based Surgery (ISOBS).  Here’s their cool clean logo, which is simple and concise.  It doesn’t, however, explain what the organization is about.  Yet, it does provide an emphasis on the “I” for Incubator, which does somewhat provide meaning to the design. 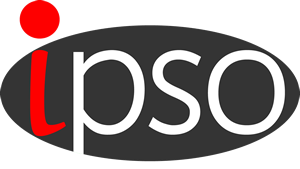 What I find also interesting is that they are partnering with organizations and companies that create innovative patient safety products or set the standard for patient safety in general.  One of their early partners, SafeMed Labs (short for Safety Medical Laboratories), creates an new product which provides for organization of medication syringes in the operating room.  Although I have not seen this product on the market yet, I think it may be useful for preventing medical errors and adverse drug events, given that does allow for a clean and systematic placement of medications in use during surgery.  I am looking forward to the many more partnerships they bring forth for promoting patient safety, including large national and international recognized companies and institutions. 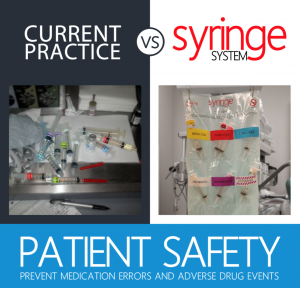 Either way, I think this is great that we have organizations which provide resources and information for patients to become engaged in their own safety during their course of medical care.  I know that many times people have gone for care without being involved in ensuring and implementing safety measures so they can return home without harm or with minimal effects of such treatments.

What are your thoughts?  I would love to hear them.  Thanks so much!

This morning, I saw some guy transfer documents from his backpack to his phone to show me a few studies.  However, he did it without changing his position of holding his phone and he said he didn’t have it on his handheld device.   We were in the basement of the garage where any phone signals and the building’s wifi was nonexistent.  When I asked him how he was pulling the data without any signal and with not having it on-hand, he basically said he was doing it from his wifi USB stick.  I was puzzled.  I must be slow, outdated or demented because I’ve never heard of this before.

Later this morning, I looked up Wifi USB Flash Drives and found this:  SanDisk Wifi USB Stick… and this…. Aliexpress Wireless USB Drive … and this…. Ebay listings of Wireless USB Flash Drives.  I couldn’t believe it!  There were many manufacturers.  Where have I been?!?  Have I been hiding in a technology deprived cave for years?  I know I’m lazy and because of this, I’m always looking for new technologies to simplify my life.  And even with one of the most simplest tasks, I hate having to dig for my usb stick every time I needed to manually transfer data.  I tend to use Google Drive or DropBox, but I use it with caution.  I have a lot of sensitive stuff that I don’t want online (nothing shady of course… lol).   Now, I can store sensitive information easily with a wifi USB stick.  Pretty ingenious, if you ask me.  And convenient.  (I guess I’ll have to worry about being hacked… but that’s another issue for a different time).

These devices seem a bit pricier than the classic USB sticks, but the cost will come down as adoption rates increase.  They come in different designs and colors, such as sticks, squares, and odd shaped.  However, the appear to generally be the same size as the classic USB flash drives.  I’m unsure how the data transfer rates are, but I will review more and test some to determine that.  Here’s a quick snapshot at what some of these look like. 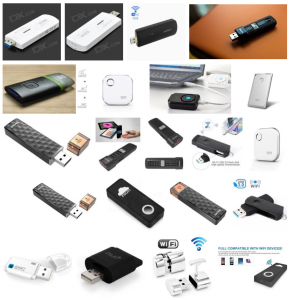 Now this is convenience at it’s best!  This definitely has my interest.  I’ll be back for more updates.  Going online shopping now!

When I was a kid, I used to read The Great Brain series by John Fitzgerald, which inspired me to always find more innovative ways to do things.

As an adult  joining one of the most intellectually stimulating environments in America, I am inspired to discover new and improved ways to live life.  Already, in my short time here, I’ve seen more examples of simple function over form, whether with basic ways to carry luggage hands-free on a bicycle or with creating one’s own extended battery phone case modified with coin pouch and privacy flap.  It may be safe to say that many here don’t care how things look.  Just as long as it works.  And it doesn’t hurt anyone.  This thinking drastically opposes the values of those image-conscious, polished urbanites living in sunny Southern California or fast-paced New York City.

I’ve seen quite a few examples, and sometimes, these innovations look horrendous.  I believe if many here really cared about how things looked, the daily inventions would look more like the cool consumer products on Amazon’s New & Interesting Finds, CNN’s 2017 Tech Highlights @ CES, or Ideaing’s Smarter Living.  Yet, you will find this is not the case… most of the time.  Cool somehow is not cool here.

This brings me to my Great(er) Brain Series.

In this collection of blogs, I will document some of the most ingenious ways things are done around the Harvard community and in innovation-centric Boston.  I may include other cities as time progresses.  I’ve travelled through many different areas, states, and countries.  I’ve seen some of the most impressive creations to things that simply make you go “hmmmm…”  Yet, I will start with Boston, since this city tends to have a large assembly of the most mind-boggling modifications to daily living.  Some of my findings will include the awe-inspiringly amazing, the just plain obvious, and the outright ugly.  I hope with this quest for smarter living, we can experience some of the finer inventions in life… to make each day easier, simpler, and more enjoyable for everyone.  Oh, and hopefully look cool and stylish, while we’re at it! 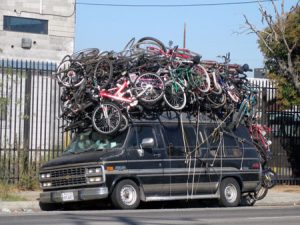