A Collection of Thoughts

A resplendent journey through space…

“We are all in the gutter, but some of us are looking at the stars.” — Oscar Wilde

I’ve been spending a lot of nights in my garden and on my friend George’s rooftop, pointing my camera and phalanx of telescopes at the night sky like a madman, and the result has been a bountiful fortnight of stargazing and astronomy.

I used my Celestron NexStar 4SE and Orion StarBlast 6i; however, I couldn’t use my Celestron NexStar 8SE — the veritable jewel of my collection — as it was damaged en route home from Cambridge and I’m awaiting a replacement part, but I shall deploy it in due course. A special thank you to Elizabeth for donating a 2MP Logitech 905 webcam to my nascent astronomy project — I had impressive results with such inexpensive imaging gear.

Let’s begin. A cloudless sky at last, and we have the first image of our pet rock in the sky. 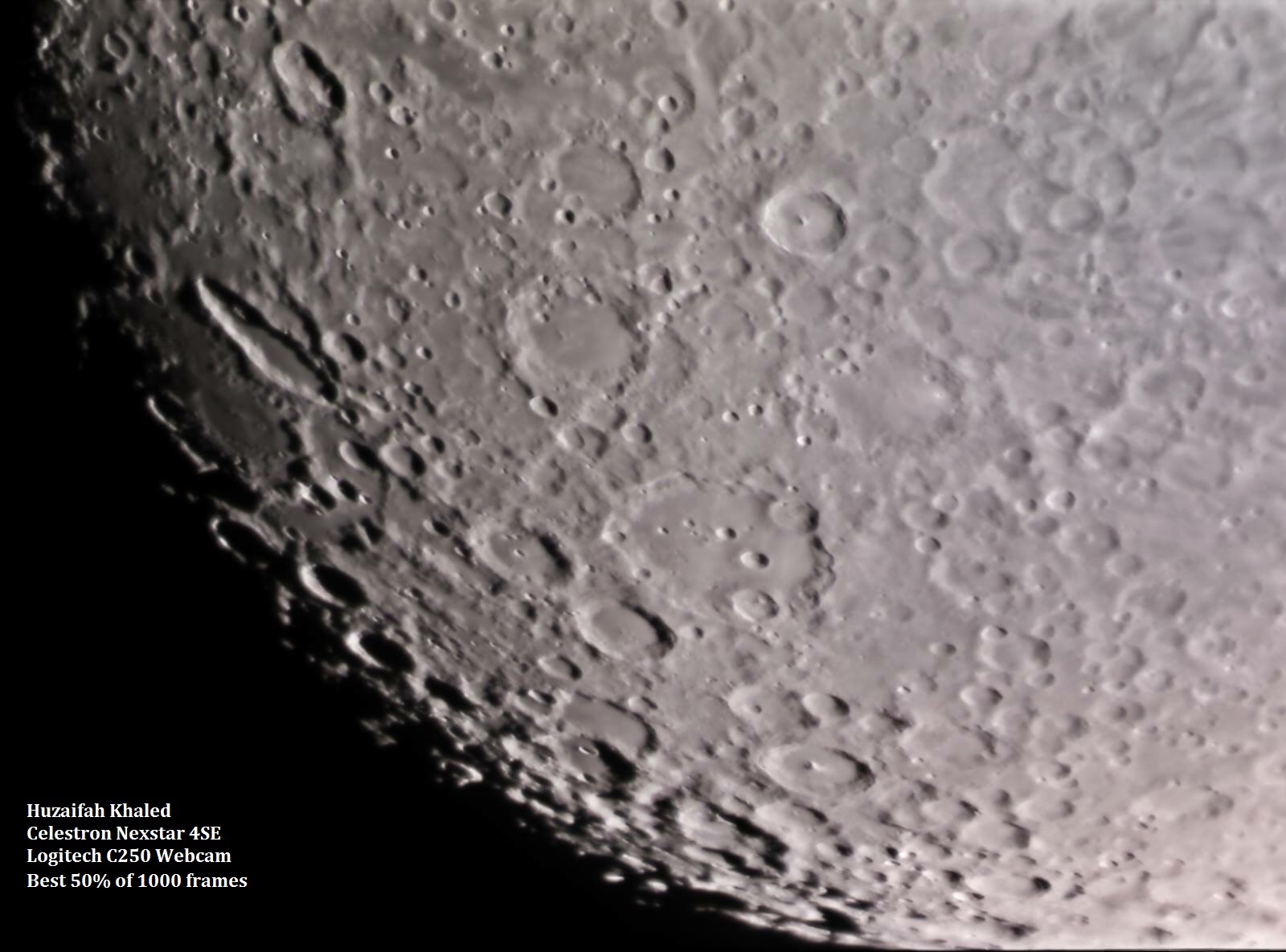 Here’s a fairly interesting-looking crater and mountain range on the moon: 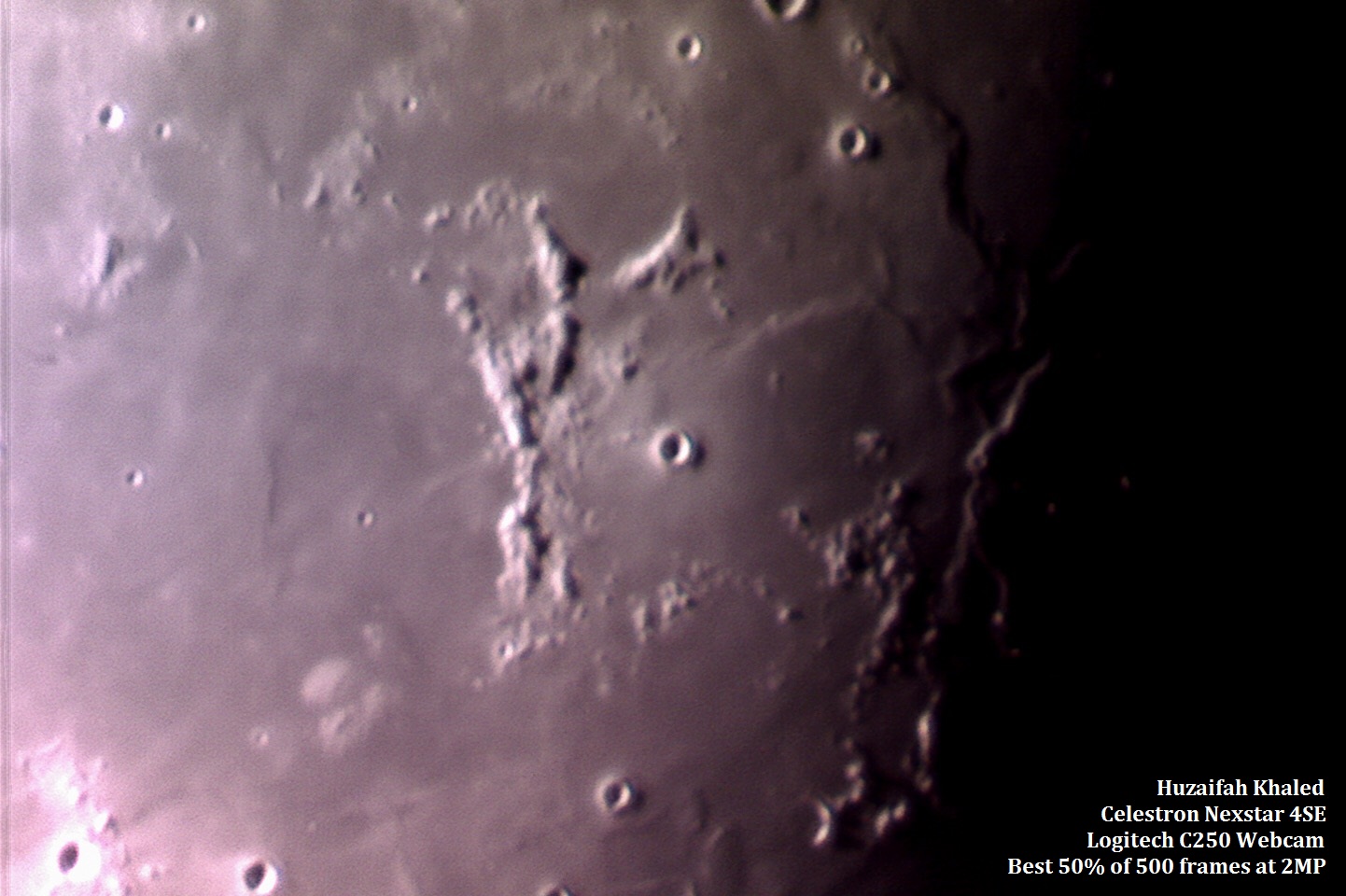 This is the closest conjunction — for the next 15 years — of Venus (top) and Jupiter (bottom). They’re so close that they almost appeared to be a “double star” to the naked eye. Jupiter’s moons are visible as well; from L to R — Callisto, Europa, Ganymede. 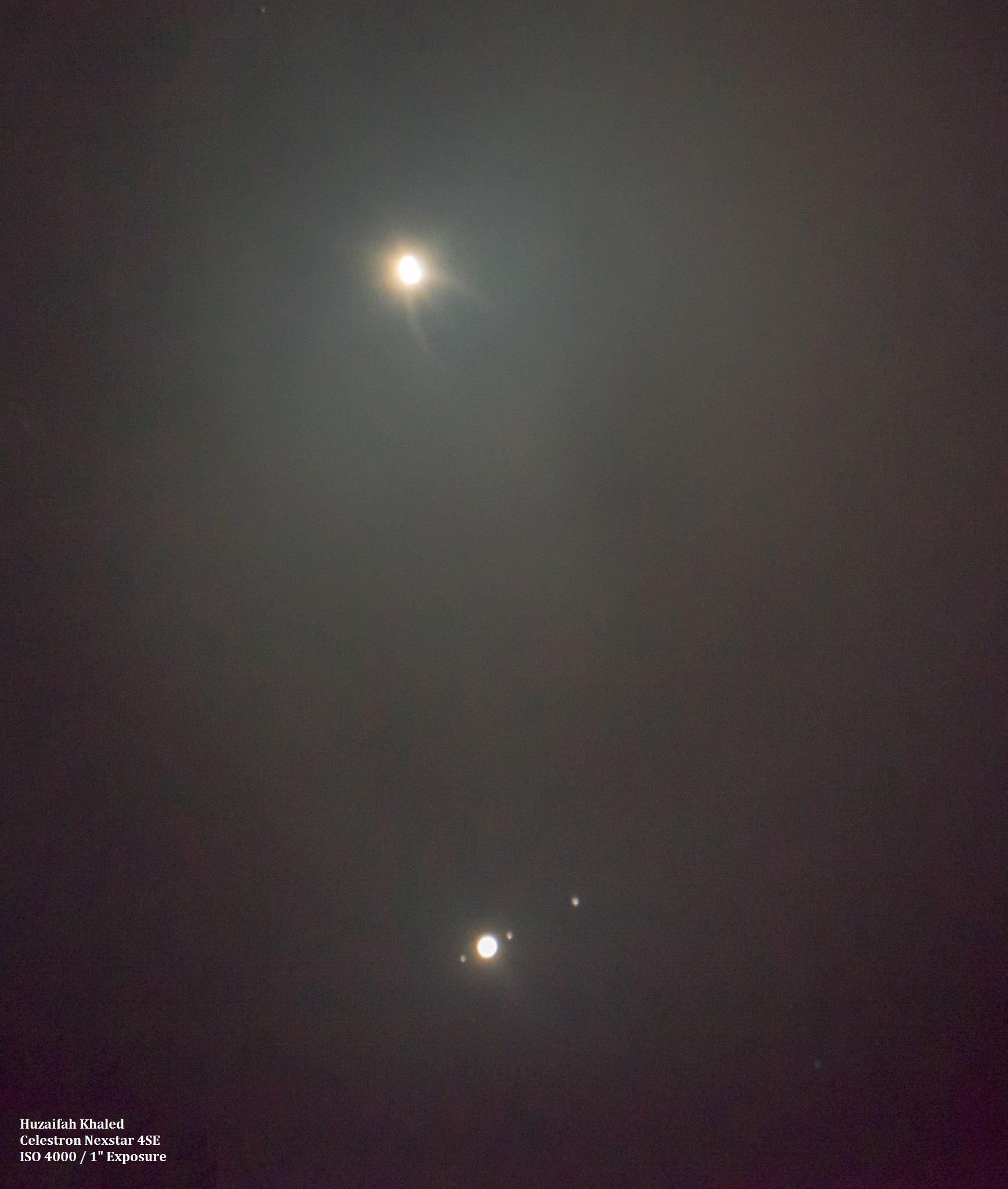 This is the Pleiades open star cluster (M45). The ‘M’ in M45 stands for (Charles) Messier, a French astronomer who compiled the Messier catalogue —a list of over a hundred deep space objects. 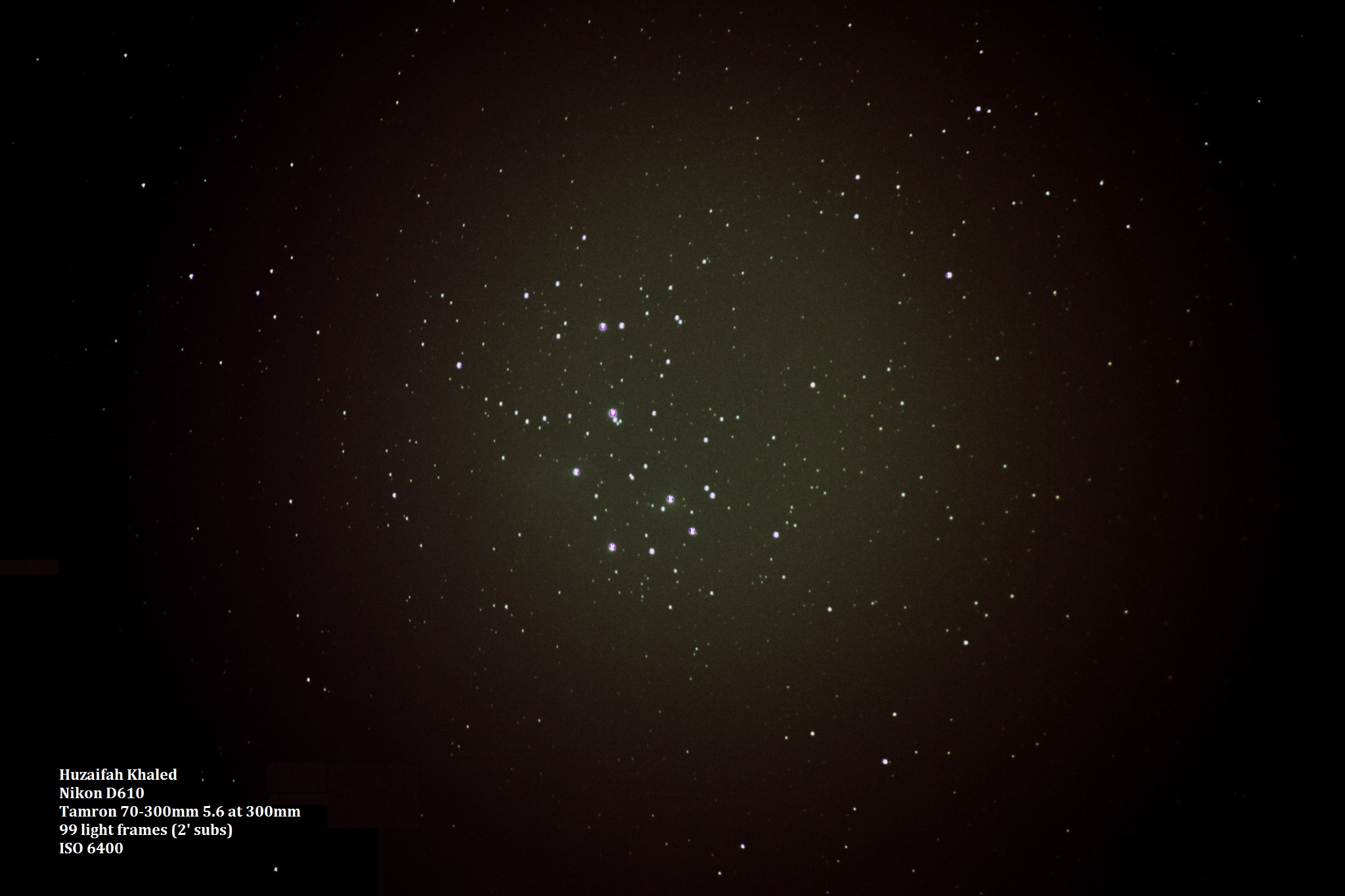 Saturn. It is, by far, my favourite object to image. I’m particularly pleased as the Cassini division (the dark ring within the rings, separating the ring into two parts) is visible. It is named after Giovanni Cassini, an Italian astronomer who — in the 1670s — observed the moons of Saturn and the divisions in its rings for the first time. 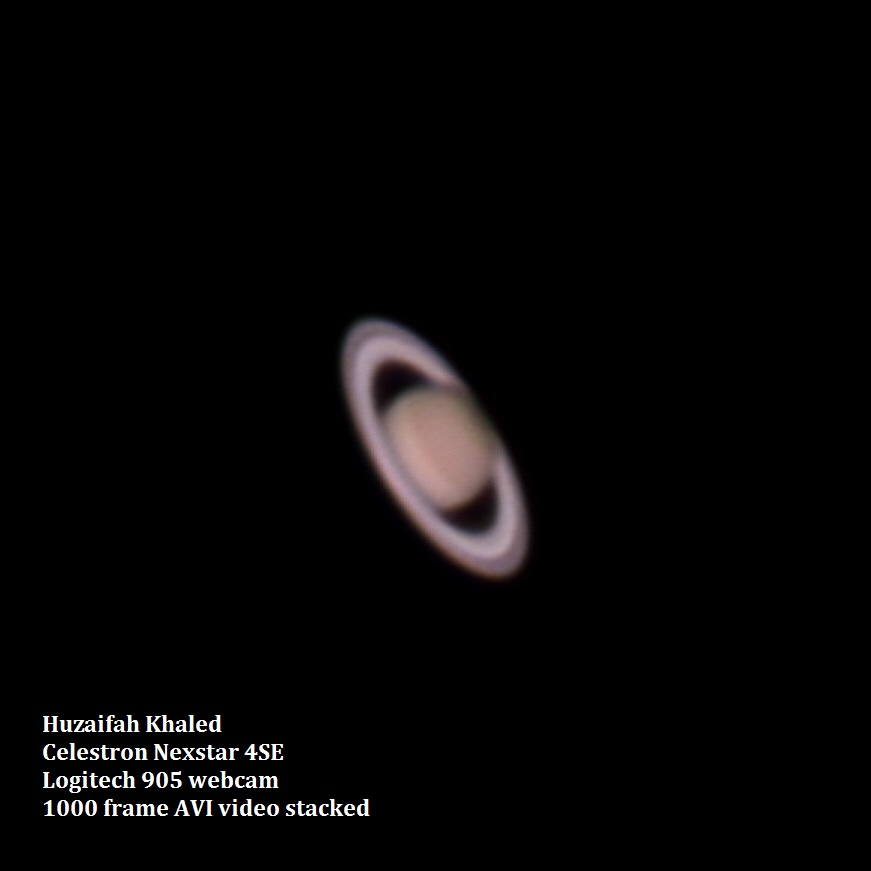 Venus. It was once thought to be Earth’s twin, but it turns out that it’s a deadly hellhole with temperatures in excess of 450 degree Celsius and atmospheric pressure more than 90 times that of Earth’s. Did I mention that — in addition to being cooked and crushed — it’ll rain sulfuric acid on you, too? It’s also interesting to note, from Earth’s perspective, Venus appears to have phases like the moon. In this particular image, it’s around 50% illuminated. 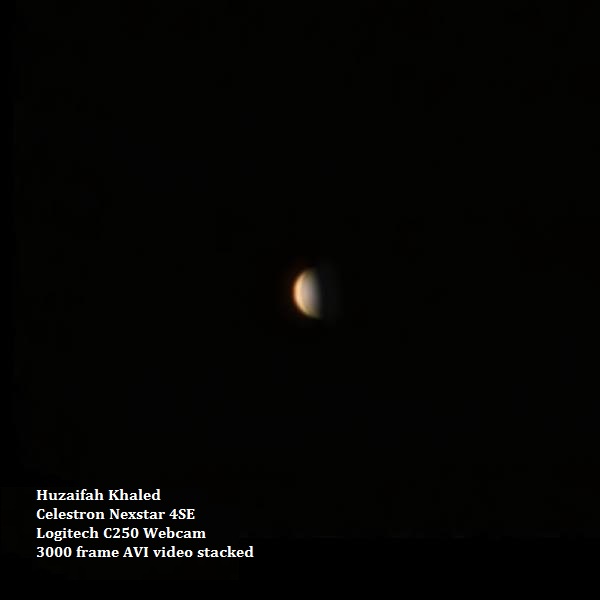 Jupiter and its four moons; from L to R — Callisto, Ganymede, lo and Europa. They’re named after Galileo Galilei, who was the first to point a telescope at the sky. Using his observations of orbits of celestial bodies, he wrote extensively regarding the heliocentric nature of the solar system (in sum, that it revolves around the Sun and not the Earth). For this, he was persecuted by the Catholic Church, as it considered a view of the universe not centred around the Earth as blasphemous.  This image is actually a composite — I used an adapter that hooked my camera up to the Celestron; Jupiter itself is from a 2-minute video from which my friend Tim kindly stacked the frames to reduce noise and elicit detail, and the moons are from a higher exposure photo. 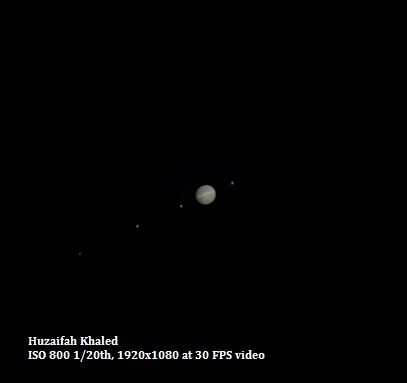 Our beautiful moon. The large crater in the lower-right quadrant of the picture, the one surrounded by the starfish-like spokes, is one of the most recent craters on the moon (~180 million years old). Astronauts on Apollo 16 sampled rock from this particular crater in 1972. It also happens to be named “Tycho” after the Danish astronomer. 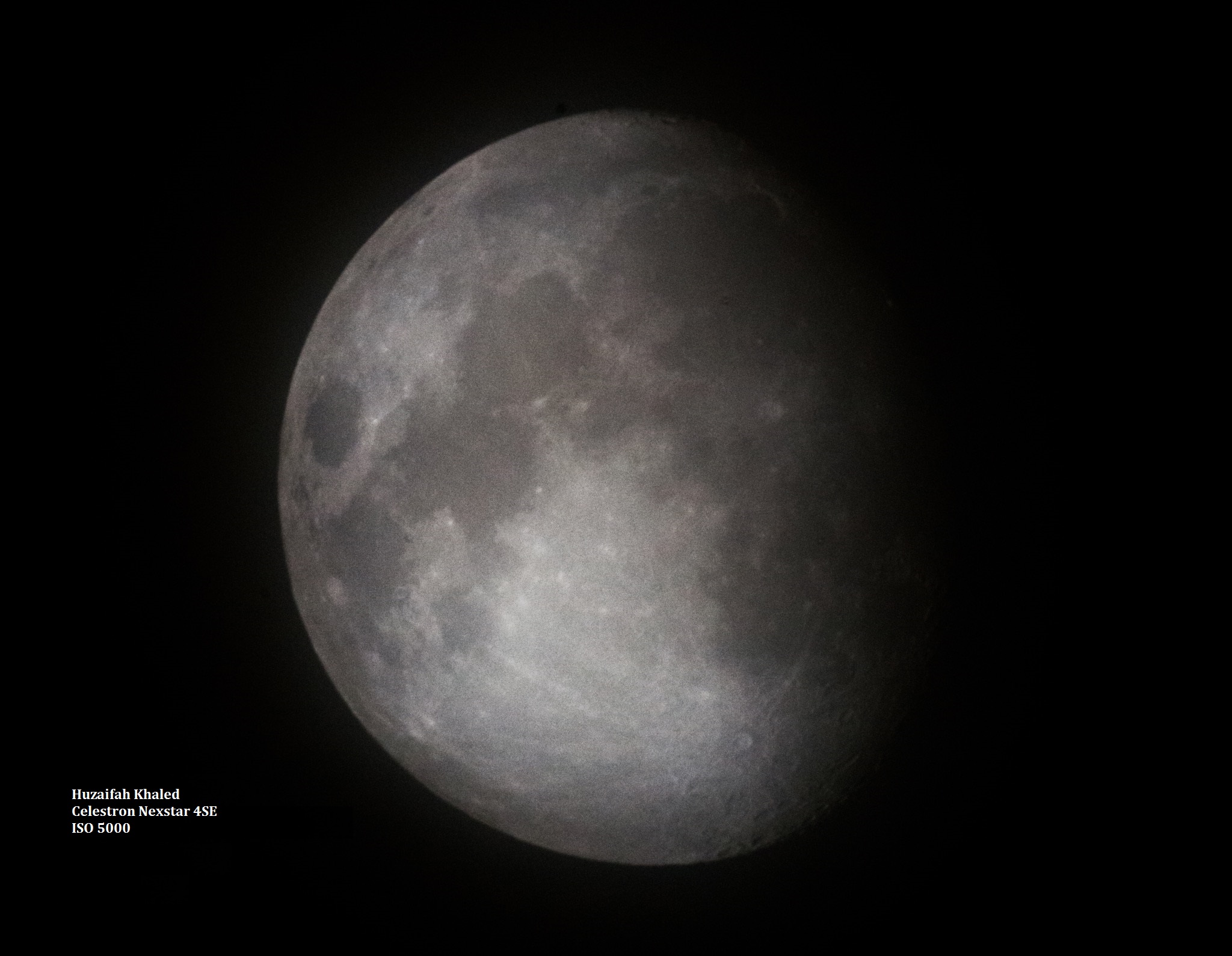 This is the Orion Nebula, also known as Messier 42 or NGC 1976, and it’s a diffuse nebula situated in the Milky Way, being south of Orion’s Belt in the constellation of Orion. It is one of the brightest nebulae and is visible to the naked eye. The Orion Nebula is one of the most scrutinized and photographed objects in the night sky, and is among the most intensely studied celestial features. The nebula has revealed much about the process of how stars and planetary systems are formed from collapsing clouds of gas and dust. Astronomers have directly observed protoplanetary disks, brown dwarfs, intense and turbulent motions of the gas, and the photo-ionizing effects of massive nearby stars in the nebula. 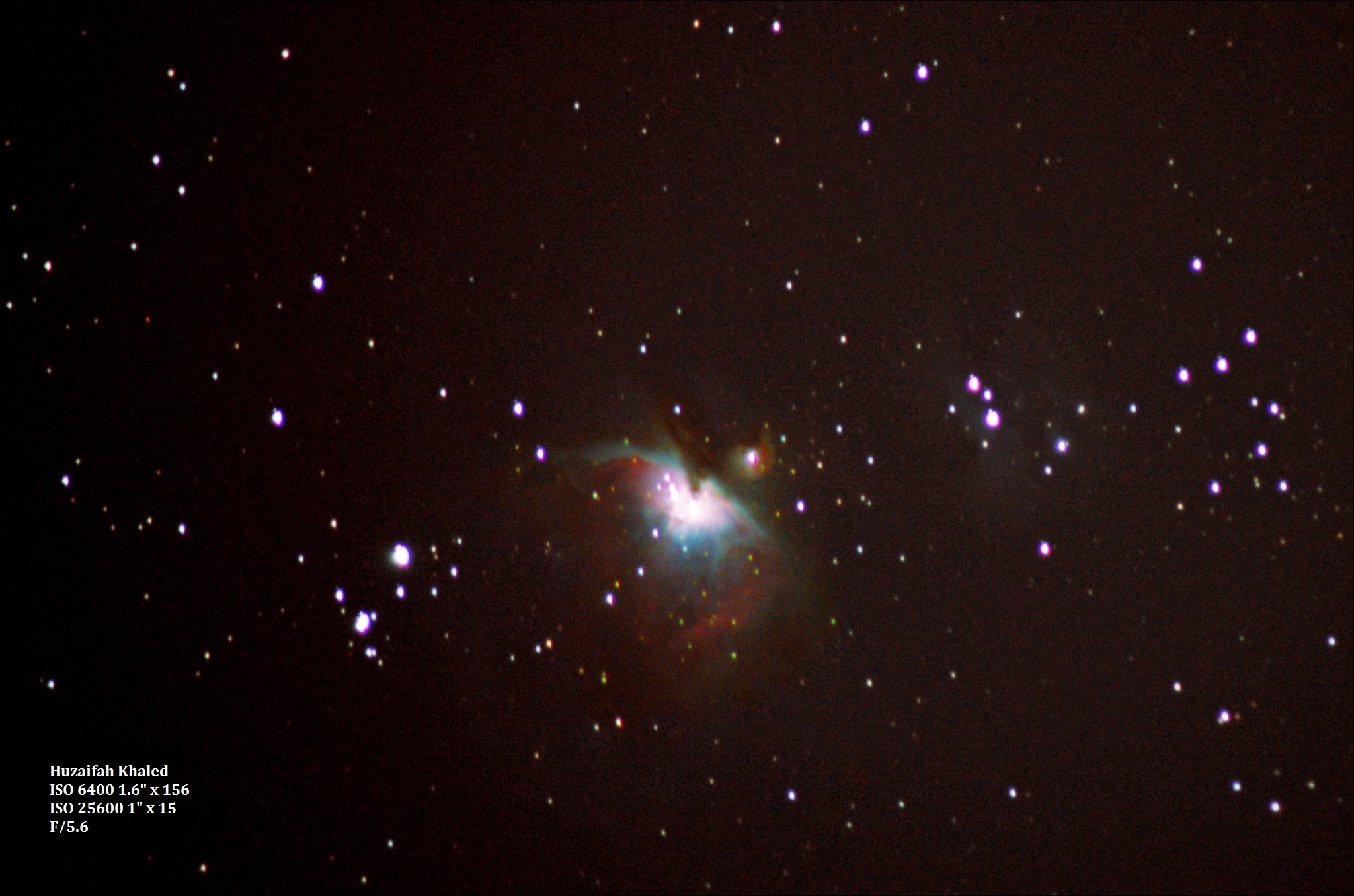 This is a triple conjunction of a crescent Moon, Venus and Mars. 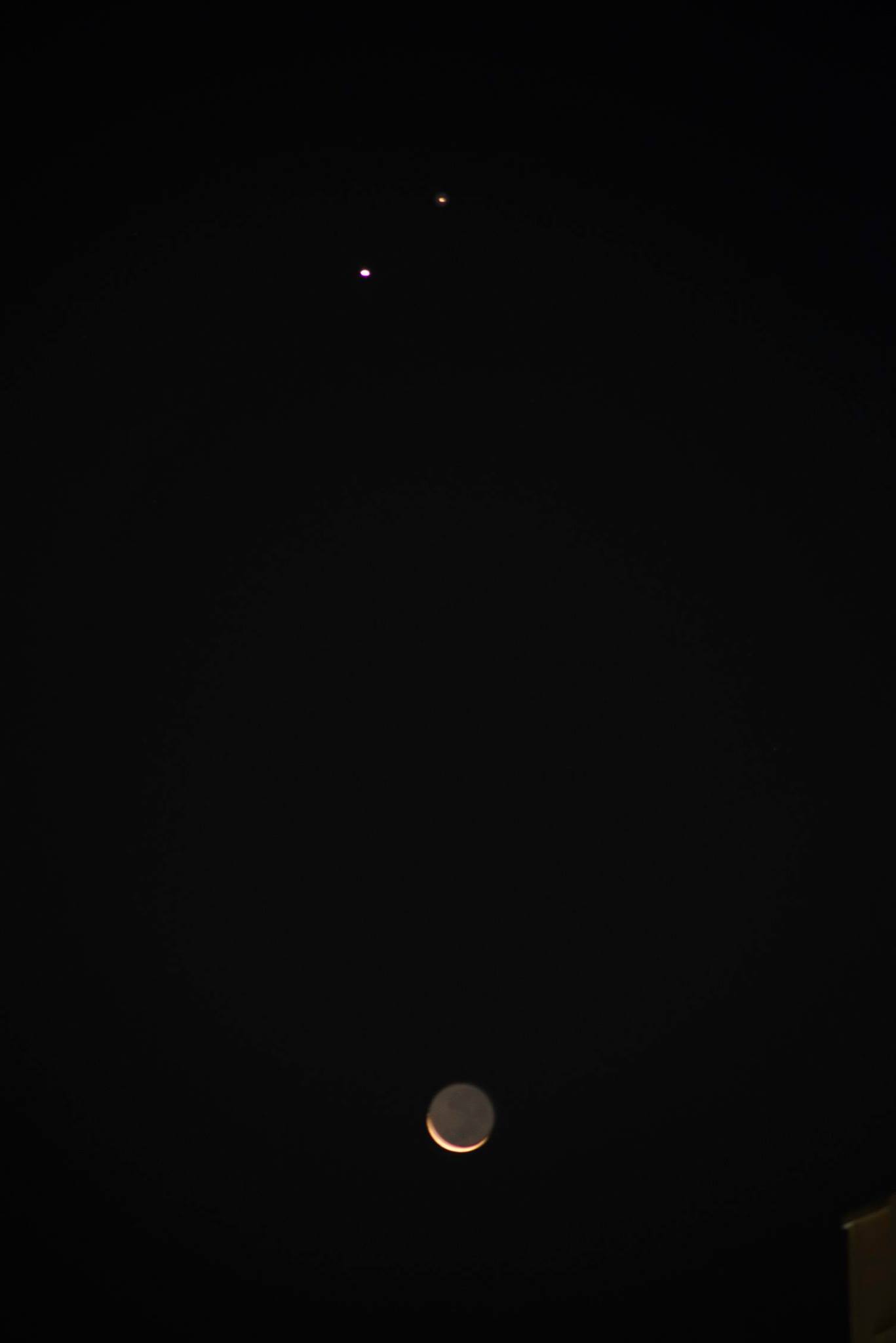 And, to end our journey, here is another image of the Orion Nebula. I hope you’ve all enjoyed this jaunt amongst the stars. Until next time, I bid you adieu. 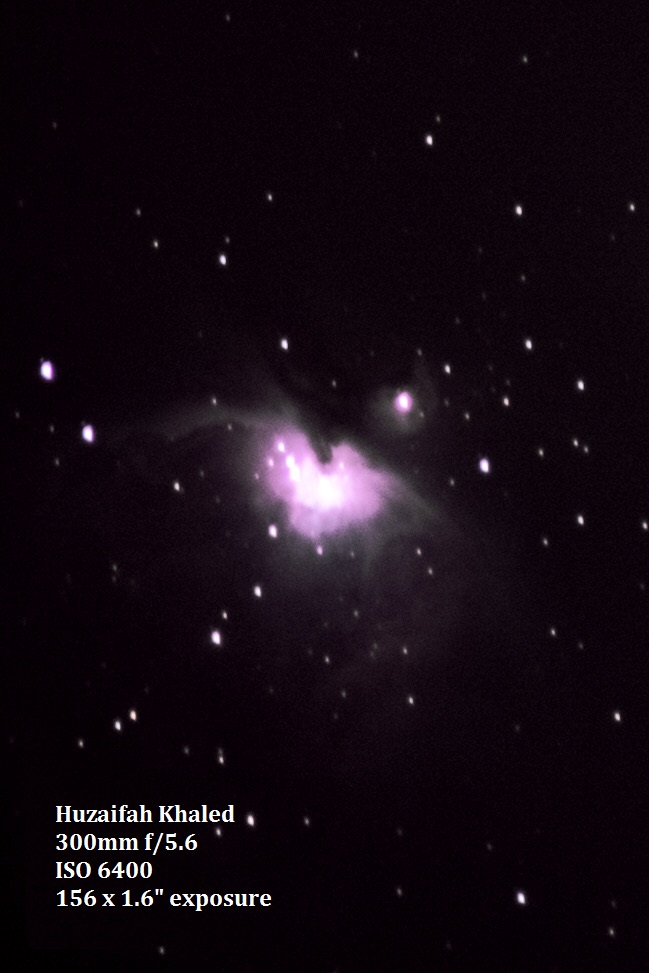