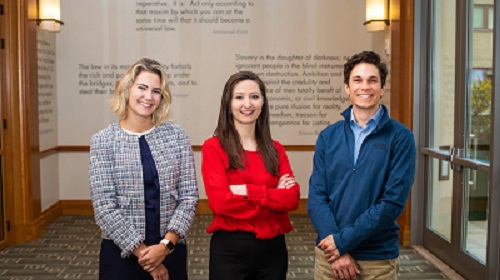 This summer, 17 HLS students traveled to 13 countries as Chayes International Public Service Fellows, working with governmental or non-governmental organizations concerned with issues of an international scope or relevant to countries in transition. Read about the experiences of three of these students on Harvard Law Today.

I spent this past summer at the European Center for Constitutional and Human Rights (ECCHR), a German nonprofit organization focused on tackling impunity through human rights litigation. I worked within ECCHR’s migration unit, which works to address unlawful border practices, such as push-backs, aimed at deterring those fleeing conflict and hardship from reaching Europe. Working at ECCHR was a fantastic opportunity to gain substantive experience in transnational human rights litigation, and it was fascinating to compare the approach of litigation responses to migration policy in Europe with those in the U.S., which has similarly oriented policy crafted to keep asylum-seekers out and away from the county’s borders. Early on in my internship, I attended a conference in Berlin on refugee protection in Germany and Europe, which brought together academics, humanitarians, policy-makers and other practitioners in the field and provided me with insight into the key challenges facing the refugee response in Europe. This enabled me to better understand perspectives and points of contention on this topic, and experiences like this helped me to frame the work I was doing with reference to existing gaps in human rights protection and compliance. I also had the opportunity to take part in ECCHR’s “critical legal training” program, which included skills workshops, presentations by other staff and guest speakers, and discussions on challenges and critical issues in the human rights field, alongside other trainees from various countries. A highlight of my summer was getting to know and learn from the other trainees, as well as the staff at ECCHR, in these sessions.

Delphine Rodrik, now a third-year student at HLS, is interested in the intersection of international human rights, humanitarian law, and refugee law. She spent her 2L summer in Germany as a Chayes International Public Service Fellow. 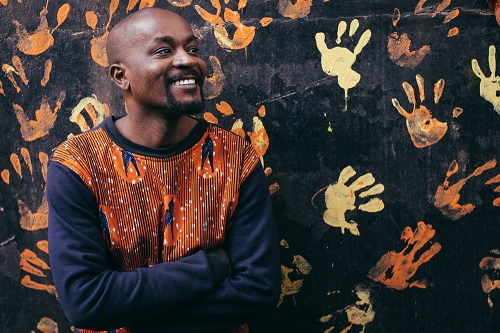 Eric Gitari is a candidate for the Doctorate in Juridical Science (S.J.D.) at Harvard Law School. Before beginning his studies at HLS, he was the co-founder and executive director of the National Gay and Lesbian Human Rights Commission in Kenya.

In a 2018 Harvard Law Today profile, Gitari discussed his work with NGLHRC—most notably, a case in Kenya that his NGO brought on behalf of two young men arrested in 2015 on suspicion of engaging in homosexual activities—a felony in Kenya—and distributing pornographic material.

Earlier this month, he described his work this summer, as a 2019 Chayes International Public Service Fellow, monitoring the status of human rights for LGBTIQ persons in Gambia and Senegal, and his ongoing efforts to decriminalize same-sex relations in these and other African countries.

Read “Serious challenges, with some green shoots of hope” on Harvard Law Today. 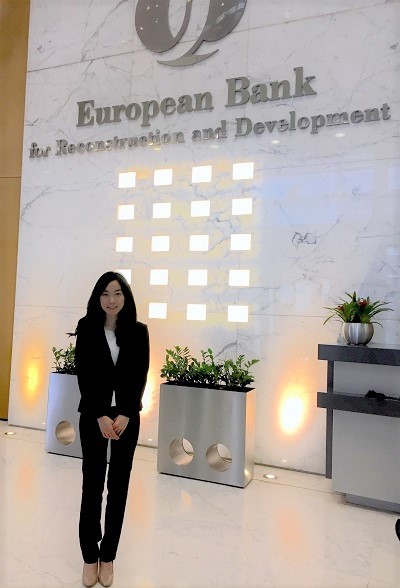 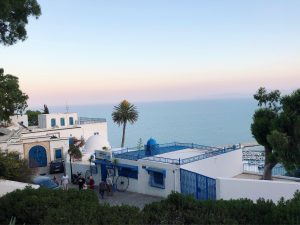 This summer, I worked on the constitution-building team at International IDEA, an IGO that assists in democracy promotion around the world. I was placed in IDEA’s Tunis office, which was my first time in North Africa. I truly could not have asked for a more impactful, fulfilling, and challenging summer.

My team worked primarily on two projects while I was there, one in Yemen and one in Sudan. In Yemen, we assisted the UN Envoy in the ongoing peace negotiations, which included spending one week in Stockholm, Sweden, participating in a dialogue session with the parties to the internationally recognized government. My role included preparing for that session, providing legal research to the Envoy’s office, and answering questions that the parties had raised in the course of the negotiations. For our work in Sudan, I assisted the team in consulting on the political negotiations that began after President Bashir was ousted earlier this year.

Not only was I given more responsibility than I had ever expected to have, but I was working at a level that felt deeply impactful on issues unfolding in real-time. Going forward, I want to remember both all the lessons that I learned from the summer, and all the realizations I had about what I want from my own career after law school. Both have given me a greater sense of purpose, motivation, and drive as I come back to law school for my second year.

Brooke Davies, a second-year student at HLS, spent her 1L summer as a 2019 Chayes International Public Service Fellow. She worked with International IDEA in Tunis, Tunisia, on peace negotiations in the Middle East and Africa.