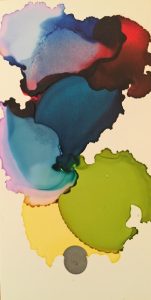 In our first class, Prof. Asani made clear the difference between Islam as an ideology, with a capital “I”, and islam as an orientation, an Arabic verbal noun meaning “submission.” Viewing Islam as an ideology requires it to be a concrete, discrete “thing” with clear boundaries between who belongs (Muslim) and who does not (non-Muslim) and between Islam and other religions. However, viewing islam from within the tradition, one’s perspective is expanded and a muslim, “one who submits,” can be anyone who, in their own way, submits to God as they understand God. From this orientation, even Christians and Jews can be seen as muslims. This approach places religious traditions not in ideological opposition but along a continuum or within a matrix. If a scholar seeks to understand religious traditions from this viewpoint, then one can’t pay attention to just a tradition’s stated creeds, written theology, and legal judgments, but rather investigate it from multiple angles, including its popular and artistic expressions.

For this piece, I used alcohol-based inks on glossy card stock. The effect is achieved because although the alcohol evaporates, the non-porous surface does not allow the ink to seep into the material. Thus, when another drop is applied, the dye of the first ink reacts with the later ink, making an artform that is almost alive, one drop blending with all the drops that had come before.

As the drops in this piece mixed with and changed what had come before, I saw this conception of religion play out in vibrant color before my eyes.

Every Day is Ashura, Every Land is Karbala