About the concept of Grit 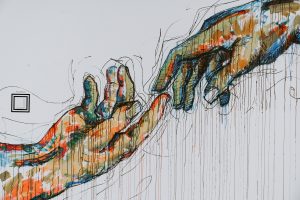 Angela Duckworth in her book Grit (2016) defines grit as a personal characteristic, which has two components: passion and perseverance. She builds on different performance theories and the work of various researchers. The construct of grit emphasizes the importance of effort as essential for success. While Duckworth provides some empirical support for her claims, she makes her claims vaguely. She does not take into consideration the importance of emotional intelligence, and she focuses only on a growth mindset.

A gritty person has a passion and perseverance directed into specific long-term goals. Duckworth describes internal and external activities and psychological assets, which gritty people do or possess. Gritty people have a deep interest in what they do, and their interest is intrinsically embedded. They regularly and methodically practice skills they need for their goals, and they possess a strong motivational purpose. A gritty person has hope. Here, Duckworth seems to mean the kind of “hope” described by Vroom (1964) in his Expectancy theory as an instrumentality, perceived likelihood that performance will lead to the desired reward, and as valence, expectation that the reward will be of value.

I agree with Duckworth’s definition of a gritty person to an extent. Motivation and hard, consistent work are important for success. However, Duckworth is vague in her description of the construct of grit. She takes into consideration a wide spectrum of established motivational theories, thought leaders such as Nietzsche, and pop-psychology concepts such as Flow (Csikszentmihalyi, 1990), while avoiding emphasizing any specifications of the concepts or theories, and hence potential criticism.

From a broader perspective, Duckworth does not take into consideration situations where passion and perseverance could be potentially harmful if not well managed. Emotional intelligence (Salovey & Mayer, 1990), with its domain of self-awareness, managing emotions, motivation, empathy, and handling relationships, is crucial in navigating relationships necessary to succeed. Further, passion and perseverance can lead to escalation of commitment bias when a decision-maker keeps committing resources to a course of action in the hope of achieving a positive outcome and experiences disappointing results (Feldman & Wong, 2018). Emotional intelligence also is important for working together with others.

Duckworth focuses on a growth mindset similar to kaizen, a concept that originated in Japan and stands for continuous improvement. Duckworth claims that all grit paragons include fundamentals of kaizen. Although kaizen means resisting the plateau of arrested development, kaizen also considers team and teamwork a core (Vidova, 2013). Though according to Duckworth the grittiest people see their ultimate aims as deeply connected to the world beyond themselves, she focuses on an individual and does not elaborate on the importance of self-awareness within a team to succeed. This notion again connects with the importance of emotional intelligence and an individual’s ability to collaborate and manage relationships.

Duckworth’s formula for achievement stands on a premise that talent multiplied by effort builds skill, and consequently, skill multiplied by effort leads to achievement. According to Duckworth, without effort, talent is only unmet potential and a skill unrealized opportunity. She emphasizes consistent effort as essential to success. The definition is logical; however, it does not consider different growth mindset types. As Reeve (2018) writes, people with a fixed mindset tend to adopt performance goals while people with a growth mindset mastery goals. For people with a fixed mindset high effort signals low ability. This consideration suggests that Duckworth’s formula might apply differently and not be yielding the promised success based on different mindsets.

Duckworth’s work is well received by a wide pop-psychology as well as by a research audience. She provides a concept supported by plausible research. However, the audiences who will respond to the format, language, and structure of the book are pop-psychology and self-help book enthusiasts, not the scientists. Sadly, those audiences might not find in it many other important findings about success. While she presents grit as a conclusive construct, concepts of Emotional Intelligence and different mindset types should also be considered when striving for success.

On finding the words