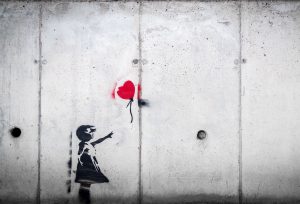 It indeed takes a village and a person is a product of society. Maslow in his work A theory of human motivation (1943) describes the five levels of needs: Physiological, Safety, Love and Belonging, Esteem, Self-actualization. While Maslow’s pyramid has been challenged by many (e.g. Gao & Taormina, 2013), the basics construct remains largely relevant. Considering the description of these levels, it becomes obvious that a single person as a unit would struggle to fulfill them by their ‘self’. The social connection and attachments seem inevitable in survival.

Recollecting thoughts of a historian Harari (2015), historically those cultures which were able to communicate and create bonds survived. Even across cultures and centuries, the basic needs remained the same. Considering the above, it indeed takes a village and a person is a product of society. Can one argue that as long as a person has needs social connections attachments are inevitable?

Maslow in his later work Father reaches of Human nature (1971) adds transcendence as the sixth level. He defines transcendence as the ultimate level. Although Maslow eventually leaned away from the need for hierarchical fulfillment of these needs, the sixth/ultimate level does not describe the singularity of an individual but selflessness as the highest and most holistic level of human consciousness. Neurologist Viktor Frankel similarly introduces transcendence as an ultimate goal that cannot be achieved but should be pursued as part of man’s search for meaning (2008). If it is true that a person is conscious “as” who they are, then does it follow that a person is created in society, where they form their “self” by fulfilling their needs, and eventually at their highest consciousness, they are returning to selflessness?

‘Studying alongside working’​ and its colors