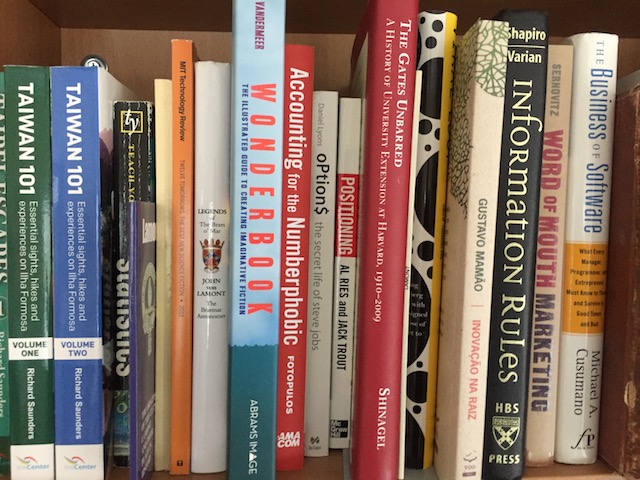 Amazon has been disrupting the book industry for more than two decades. Sometimes the public hears the complaints as disputes boil into the open, but much of the restructuring of the industry is taking place quietly, without much public angst. In the post, I will discuss one of the casualties of the new world order for publishing, book distributors.

Distributors are an unseen force in many industries. They are responsible for bringing products to retailers. In the grocery and liquor industries, distributors are the companies whose trucks pull up to the loading dock in the back early in the morning to drop off a wide variety of goods that shop managers have ordered. In the book industry, distributors are the companies that arrange for certain titles to be available in Barnes & Noble, airport bookstores, and independent bookstores. Other services are available, too – there’s a good overview from the Independent Book Publishers Association (IBPA) titled “Working with Distributors.”

It’s important to note that distributors don’t represent everybody. They choose which producers they want to include in their catalogs, and take a cut from any sales that occur. They also demand exclusivity – if you sign a deal with a distributor, that’s the only outlet for your product in a particular geographic area. Obviously, if you have a distributor, you can get onto shelves in retail outlets, which increases your chance for retail sales. If you don’t have traditional distribution, you’re probably out of luck, unless you can work out a deal on your own with a shop or chain of stores.

In the book industry, distributors used to wield a great amount of power. Nearly every publisher had a book traditional distribution deal, or had a sales force to sell directly to the big book retailers. Amazon pulled the rug out from under that model, allowing publishers to offer books for sale directly to consumers. Retailers were hurt, and distributors were decimated. The book distributors who are left are now far more picky about the publishers they work with.

Do you need a distributor for your books?

At one time, I thought I needed a traditional book distribution deal for my company. This was not only to get access to new retail markets, it also seemed like a mark of industry respectability, which is important to growing companies. I did the dance with several distributors, but they didn’t work out. One bailed when it decided it didn’t like the way I managed ebook ISBNs. I pulled out of another offer when I realized the terms wouldn’t work out unless each title sold thousands of copies (many do, but some don’t). A third company completely ignored some of my requests for information, and just shoved a contract in front of my face to sign.

Ultimately, as I thought things through, it became clear to me that I didn’t need book distributors as much as I thought. It wasn’t just the cut they demanded, or the less-than-ideal business relationship. Other factors included:

I don’t have a distributor now, and I don’t see it as holding back my business. In fact, I had the best year ever for my company last year, thanks to strong sales via Amazon and other online channels.

It would certainly be great to have my company’s books show up in big-box retailers or airport gift shops or B&N, but the sacrifices I would have to make dealing with book distributors — not to mention dealing with retailers returns — lessen the attraction of traditional book distribution.