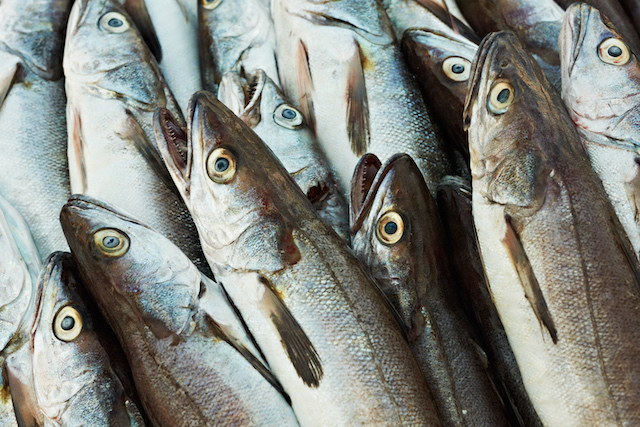 Someone recently asked me how to handle a Twitter troll account that attacked anyone opposed to development at Riverside, regardless of the merit of the concern, as a “Newton NIMBY.”

The term “NIMBY” gets thrown around a lot by high-density housing activists. Applying negative labels to an entire group of people is a classic propaganda technique – it dehumanizes and demonizes the enemy, making it easier to justify attacks and force through policies that would never be accepted otherwise.

Dealing with the troll is easy, I said. Just block them on Twitter. They won’t see your tweets, and you won’t see theirs. If the person behind the account elevates name-calling to harassment or threats, it’s possible to report that account.

But there’s another issue to address here: The use of the terms “NIMBY” (Not In My Back Yard”) and “NIMBYism” by people other than trolls, including activists, some Newton city councilors, the former mayor, and City Council Candidate Bryan Barash who left this response to me on Twitter after making a suggestion to develop air rights over the Pike in Newtonville: 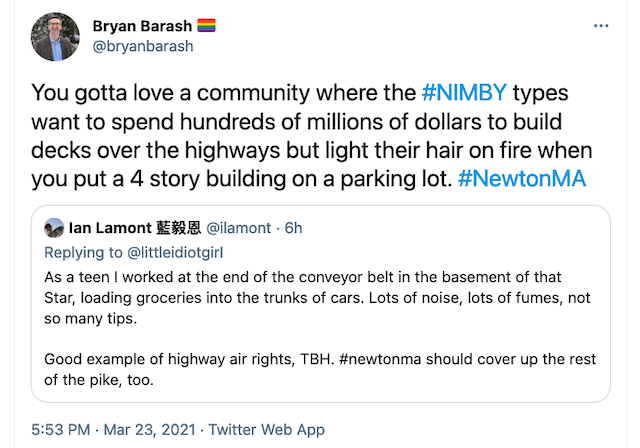 “Newton NIMBY” is a patronizing, insulting acronym meant to steamroll all arguments (good or bad) against massive development and put local residents on the defensive. It’s employed as a shrill battering ram against people who dare to raise questions about earlier agreements being abandoned by developers and politicians, increased traffic on small roads like Grove Street or large thoroughfares like Washington Street, the impact on school enrollment and education budgets, and how other infrastructure costs will be paid for in the years to come. Paradoxically, “Newton NIMBY” lumps in people who are concerned about a lack of affordable housing in proposed “market rate”/luxury developments with zealots who don’t want ANY affordable housing in Newton.

While it’s possible to block the Twitter trolls who use the term, I would instead suggest attempting to engage normal people and politicians with a polite question:

If you want to call me a NIMBY, would you mind if I referred to you as a CODS (Co-Opted Developer Stooge) in all conversations going forward?

If a sputtering, indignant reply is the answer (“but I haven’t been co-opted by developers!”) then he or she should understand why others might object to being called a “NIMBY.”

At that point, honest discussions can begin on the basis of mutual respect and a willingness to listen to the other side’s legitimate concerns, as opposed to starting off with condescending, sneering labels that aim to ridicule the other side and silence the debate about development in Newton.