For more than 25 years, Internet businesses in the United States have enjoyed a big break: If a customer in another state buys something online, the company doesn’t need to collect state sales tax or file taxes in that state unless they have operations in that state such as a warehouse or branch office.

That is about to change, thanks to the recent South Dakota v. Wayfair ruling from the Supreme Court. This essay by a tax expert explains the situation and the impact pretty clearly. I draw your attention to the concluding paragraph (note: nexus is the ability of a state to require businesses to be responsible for taxes):

Many states have enacted economic nexus rules for income taxes that create a filing responsibility based on the amount of sales in a state. These amounts have generally been set at $500,000 and above. Now, states may seek to lower those thresholds to impact more sellers, and states that have not sought income tax nexus may move forward with new legislation.

I own a small business and use the Internet to sell goods to customers all over the country. The Supreme Court ruling is going to be a big headache. I don’t have a problem with paying taxes, but I do have a problem with dealing with 50+ entities (including states and territories) that have different filing requirements that will likely entail a lot of red tape. I don’t have a full-time accountant or staff that can deal with this stuff, so it falls on me to implement systems and processes to handle state taxes outside of Massachusetts.

I blogged my thoughts on this topic in As a small business owner, this is what I fear post-South Dakota vs. Wayfair, but the end result may mean not selling to customers in states whose red tape is too much of a pain … which hands even more power to big Internet businesses like Amazon.

I am considering the Harvard Extension School for Management. I really want your opinion if this will be worth doing in terms of getting a job. I am an international student and have one year of business experience. Do you get an internship in summer? Does the Harvard brand help?

The short answer is “maybe.” Aside from the Harvard or Harvard Extension School brand, there are a few factors employers typically consider:

As for the brand: By itself, the Harvard Extension School degree is not an automatic signal to “hire this person because he/she has ‘Harvard’ in his educational background.” But it may help you get noticed. My ALM thesis director (a tenured professor in the Faculty of Arts and Sciences) said the Harvard association and reputation — even for Extension School students — carries a lot of weight, and will help open doors that might otherwise be closed. He actually offered to help me find work related to my research (Chinese foreign policy analysis using computer-based research) if I was interested. I wasn’t — at the time I had a pretty good job in tech media and a young family, and becoming an analyst required moving to Washington, D.C.

Another thing that may help graduates get noticed are automated resume processing programs that search for specific keywords or phrases, which may include the name of famous universities … such as Harvard.

But when the resume gets passed to an HR screener or hiring manager, things start to get tricky for many HES grads. A lot of people do not make it clear that they attended the Extension School, and instead list “Harvard University” on their resumes, either in a misguided justification to hide the Extension School affiliation, or an outright misleading attempt to make it seem as if they graduated from Harvard College, the Harvard Graduate School of Arts and Sciences (GSAS), or the Harvard Business School. Here are just a few examples from LinkedIn:

Not everyone does this, of course. It’s also possible to find people who proudly list their Extension School degrees on LinkedIn:

I’ve covered the issue of how to represent your Extension School diploma in the past, and it has been debated by hundreds of people on this blog and elsewhere. You can read more at Harvard Extension School résumé guidelines are bogus.

In short, while a Harvard Extension Degree is issued by Harvard University, it is not the same degree that is issued to graduates of other schools at Harvard such as a Harvard College AB degree, a Harvard Business School MBA degree, or a Harvard GSAS AM degree. The former has a rigorous process that makes students prove they can do the work before they are admitted, but the others are among the most highly selective undergraduate and graduate programs in the United States. Students are in classrooms with other high-achievers, which raises the level of discourse and focus. Yes, HES gets some high achievers as well (including graduates of Ivies and other competitive programs) but the classrooms are also filled with casual class-takers.

The curricula and graduation requirements are also completely different. The most obvious is the Extension School’s use of distance education for course credit and for many of the professional programs,  the fact that there is no requirement to take classes taught by faculty with actual teaching appointments at Harvard.

What this means is McKinsey or Bain won’t regard an HES ALB or ALM in Management grad the same way they will treat a recent Harvard College AB or HBS MBA recipient.

What HR and hiring managers think about Extension School grads

Several people involved in hiring decisions have commented how they regard HES grads compared to their counterparts from other schools. I’ll start with the positive evaluations, followed by some of the negative takes:

I’m a hiring manager and I would hire an HES graduate any day of the week.

As the president and founder of our company with final say in hiring/firing, the choice is clear. Being only book smart is not nearly enough to cut it as there are already too many book smart people out there to choose from. Candidate B’s qualities along with street smarts are harder to find and what the real world is looking for.

If I had to hire one of two applicants for my accounting firm and one said hire me because I got good grades in high school and was active in the community (real Harvard applicant), and the other said I have years of experience in accounting and will work for three months to prove myself to you and if you don’t like what you see I will leave (HES applicant) I would hire the latter.

Why? Simple, the latter has shown they can complete a course of study, are working to better themselves and have decided to take on a great amount of additional responsibility.

But there are more than a few managers out there who have been burned by HES grads misrepresenting their degrees:

As somebody who has personally on-boarded somebody claiming an HES degree as a HGSAS degree, I can tell you that this is pure bullwack. What a complete waste of time and energy her fraud was. I wasted a ton of time looking into the issue. Harvard’s own standards have always made it clear to grads that their HES degree is not a Harvard College degree. Period… It’s willful ignorance on the part of HES grads that it will be overlooked. Anyone who doesn’t know how to represent an HES degree on a resume is a liar.

It happens every few years where my firm gets an HES grad misrepresenting their degree. The latest “MA Anthropology – Harvard,” which after a little checking (we have learned to ALWAYS be suspicious), ends up being an MLA with a concentration from HES. When confronted they always plead ignorance and make the same BS argument about how they took classes on campus at Harvard taught by faculty and blah, blah, blah. Some are otherwise good candidates, but they are still committing resume fraud. I would take an honest UMass or UConn grad over HES any day. Had they listed their true HES credential on the resume and sold it in the interview, they would be fine. 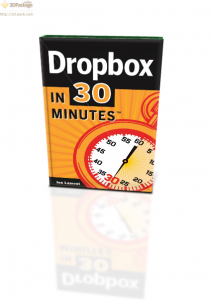