In celebration of Lili Boulanger’s 125th birthday on August 21st we are sharing an arrangement of her work Cortège held in the Merritt Room of the Isham Memorial Library. Lili wrote this piece for piano while at the Villa Medici in Rome as the first female winner of the Prix de Rome in June of 1914. It was published for violin or flute and piano in 1919 by Ricordi with a dedication to violinist Yvonne Astruc. The manuscript is held at the Bibliothèque Nationale de France in Paris (BN Ms.19439 and Ms.19440), along with a transcription in Nadia’s Boulanger’s hand. 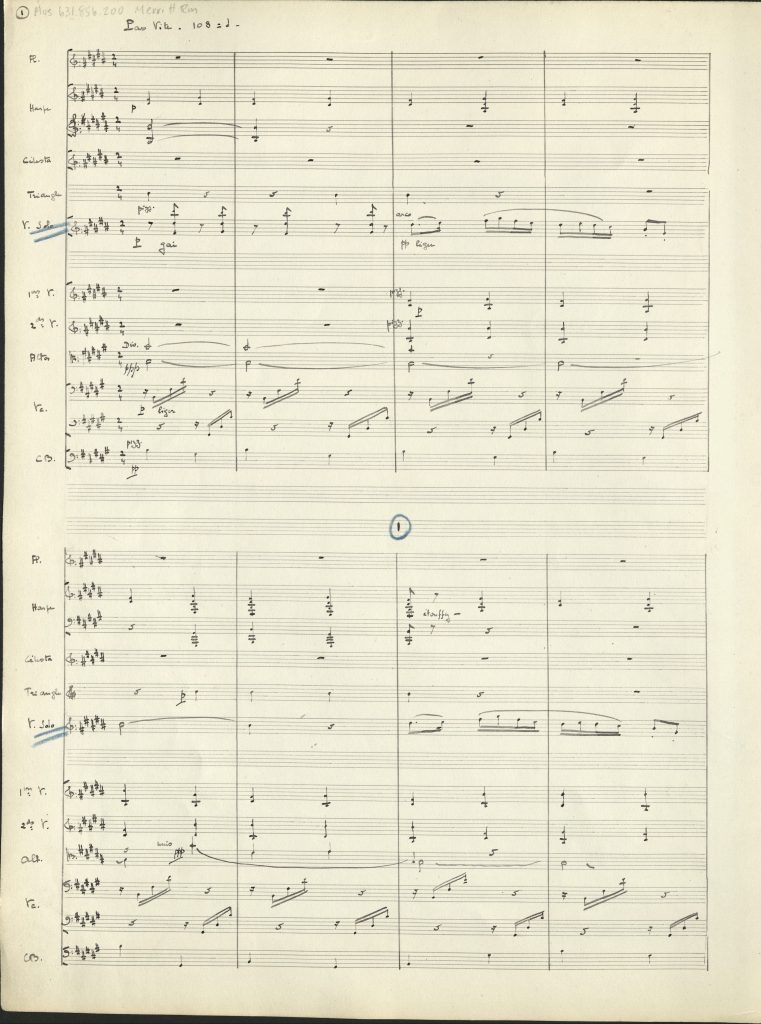 While some of the writing was determined to be by Nadia Boulanger, a portion was also completed by a copyist. Notice the variations in handwriting on these instrumental parts. 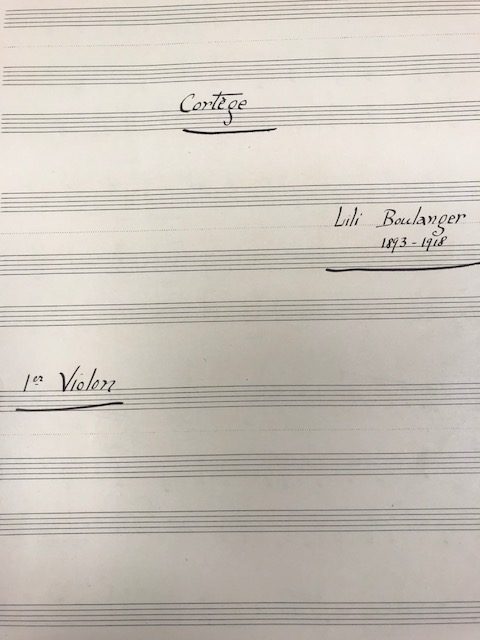 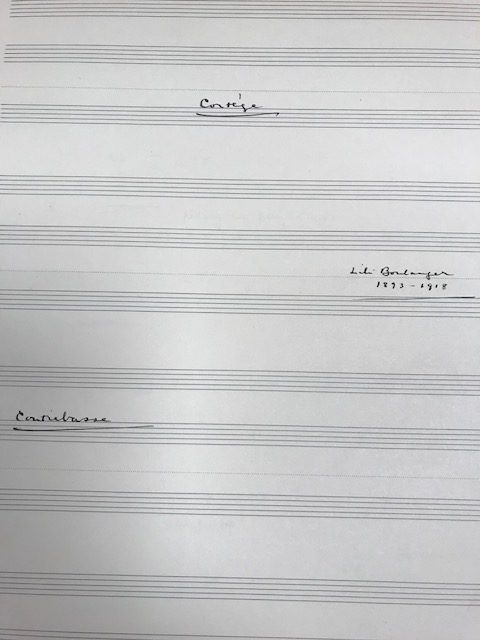 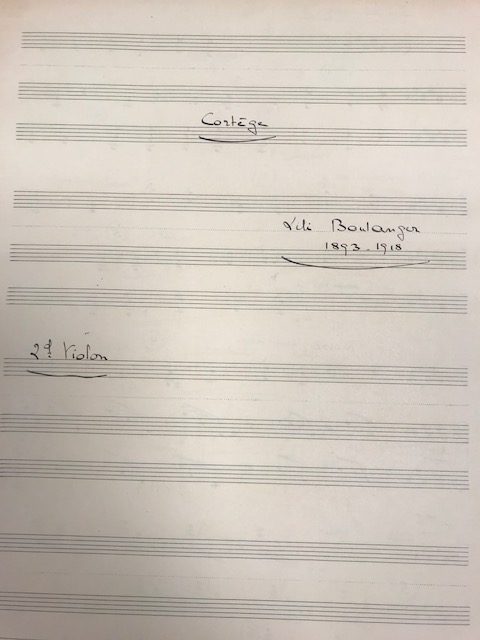 While the date is unknown, visit our catalog record for more information.

Additional information about Cortège and Lili and Nadia’s works and relationship can be found in: 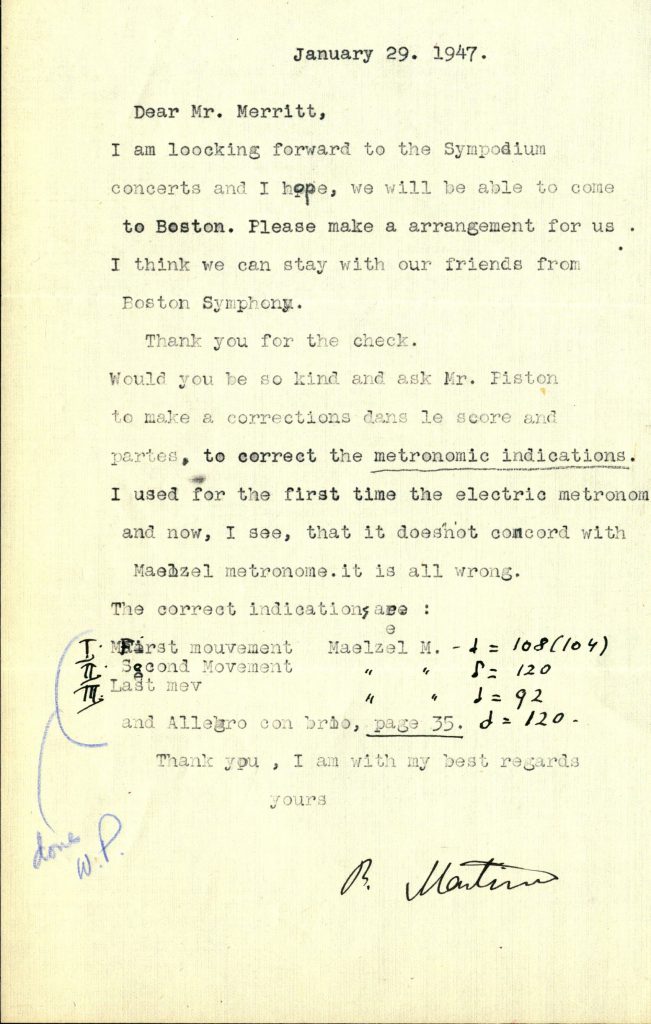 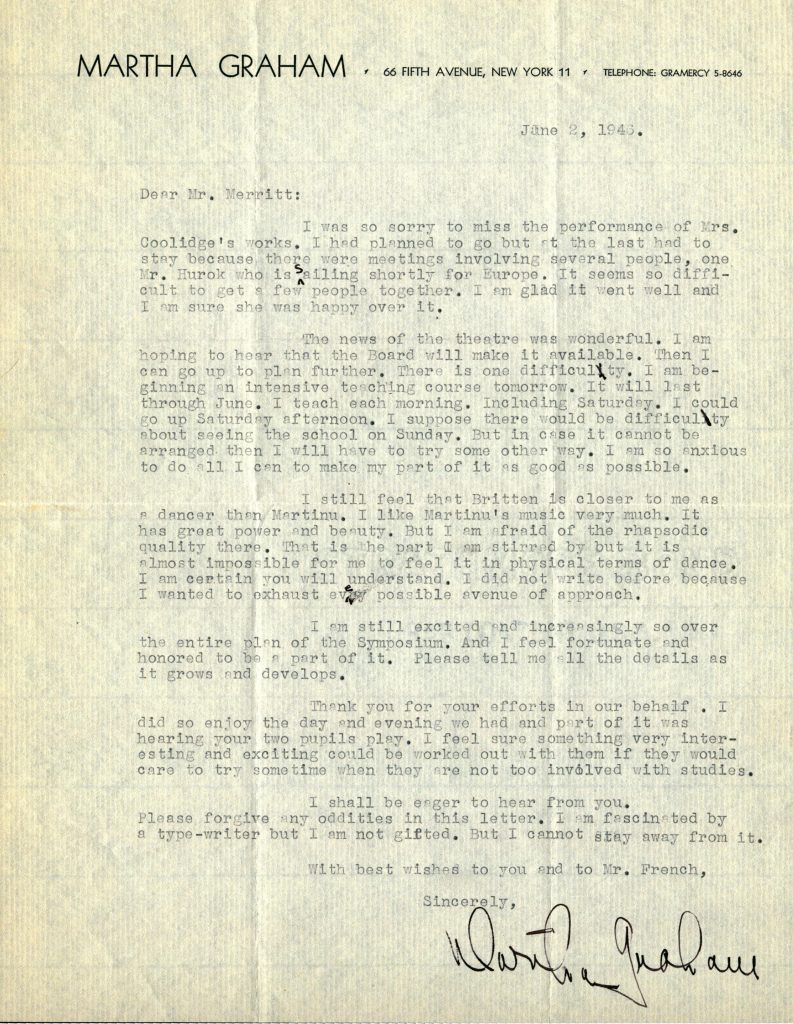 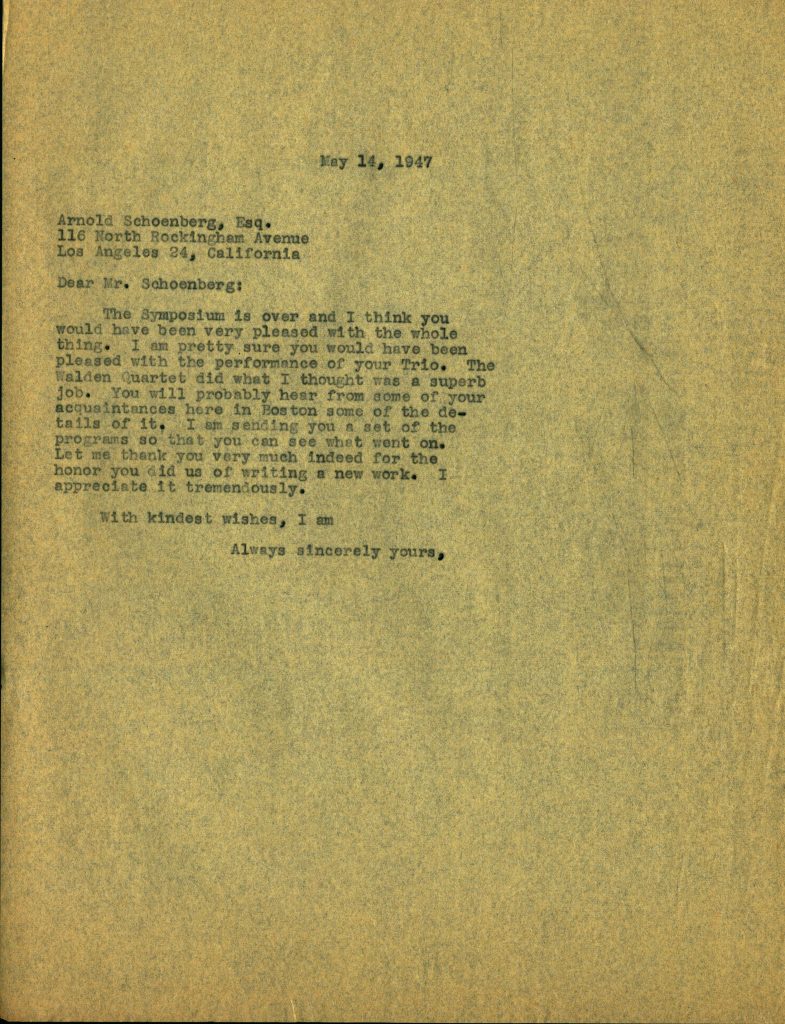