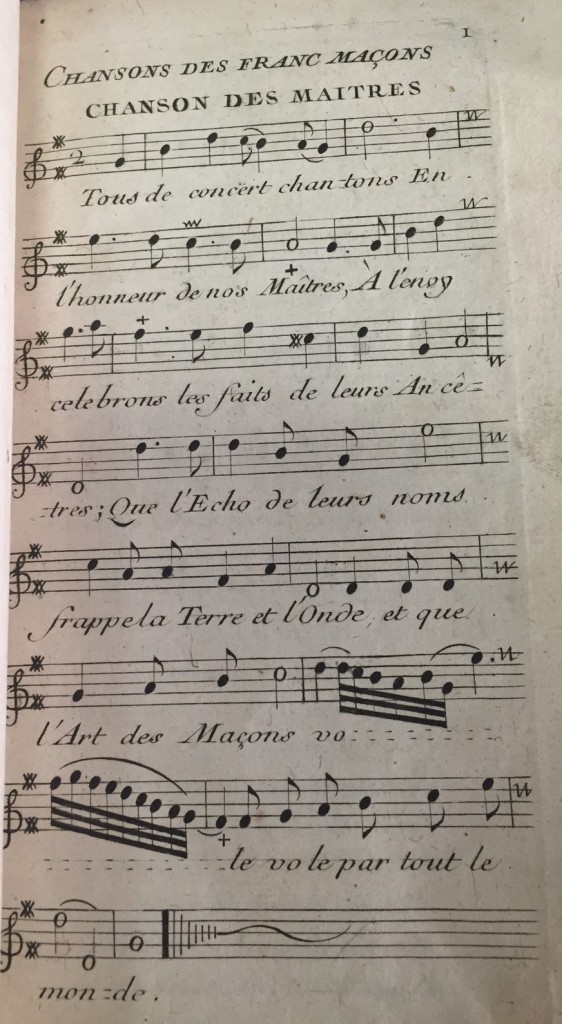 This item joins several other collections of Masonic songs at the Isham Memorial Library, the special collections library located with the Eda Kuhn Loeb Music Library. These include The Masonick minstrel (Dedham, MA: 1816) and Auswahl maurerischer Gesænge (compiled in Germany between 1803 and 1805).

It is perhaps an overstatement to call Mozart a full-fledged political Mason. He was active in his local lodge, Zur Wohlthätigkeit, and enjoyed close friendships with his Masonic brothers. He composed music for the lodge’s meetings, such as the cantata Die Maurerfreude, K. 471, for tenor, male chorus and orchestra, and the Maurerische Trauermusik, K. 477, which went through arrangements for many permutations of instruments.