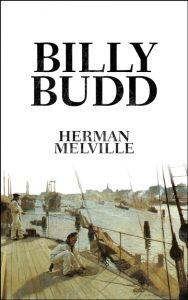 Melville’s Billy Budd is an inspiring novel about making objective and fair decisions. In the novel, the captain of Bellipotent comes to a decision point. The sailor, Billy Budd is accused of killing John Claggart, the master-at-arms of the Bellipotent. As the witness of the incident, Captain Vere is aware of that it was an accident, and Billy Budd didn’t intend to kill Claggart. There are a few options for Captain Vere regarding the situation of Billy Budd. The first option is putting Billy Budd into prison and waiting for military jurisdiction until they return home.The second option is organizing a fair trial on board and finding Billy Budd innocent and releasing him. The third option is organizing a trial in his stealth influence on board and finding Billy Budd as guilty in purpose. He takes into consideration the potential mutiny threats on board and concludes that waiting or releasing Billy Budd might show him as a weak captain.
Then the captain decides to choose the third option and at the end of the trial, they find Billy Budd guilty even everybody knows in their hearts that he is innocent. Captain Vere is known as a fair leader, however, in the case of Billy Budd, to protect his ship from a potential mutiny, he makes an unfair decision and sacrifices Billy Budd.

A true leader at all times makes fair judgments and objective decisions. One cannot be a leader by being objective in some certain situations and unfair in some other situations. Because one of the main ingredients of leadership is trust and if one plays with the trust factor, he loses the confidence of his followers and even his self-confidence. A leader should be stable in reflecting the values that he believes in. In one episode of TV show Arrow, the superhero Arrow tortures one of the bad guys to get some information, but later he understands that one cannot represent justice by compromising the fundamental human values and rights.

In my career, I have met situations forcing myself to make unfair decisions to protect my position. I have chosen to lose my position and paid the cost of being fair and sticking to my values. I think that personal integrity and making fair decisions are more important than protecting personal interests or just trying to be successful at all costs.