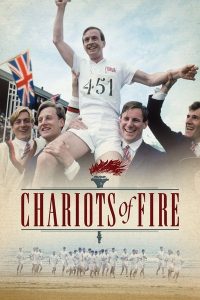 The movie Chariots of Fire is a very good example of sticking to values, principles and mission. The movie tells the story of two athletes who don’t run for selfish reasons like money or fame. One of them runs for honoring the God, being an exemplary man, a devoted Christian, and a successful athlete, and the other one runs for destroying the prejudices on Jewish people. Both of them never step back in their position even under big elitist pressure.Eric Liddell is forced to break his loyalty to the rules and principles of Christianity by the British Olympic Committee, the Prince of Wales, and other grandees, but his strength in his integrity helps him to stick to his path.
In the story, Harold Abrahams is under pressure based on two different prejudices. He is a Jew, and he struggles to be accepted as a respectable member of British Society. He is criticized by Cambridge College Masters for being a tradesman who employs a professional coach and not being a gentleman who trains himself with an amateur spirit.
These type of interferences don’t stop both of the athletes in their missions, and they stick to their principles, values, and missions.

In my personal life, I experienced something similar. I was writing articles for three competing national economy magazines at the same time with my name in the 1990s. The editors of the magazines were happy with my articles based on reader feedbacks. However, one-day editor-in-chief of Capital asked me to stop writing for the two other magazines. It was a major decision moment for me because Capital was the biggest national magazine at that time and I didn’t want to lose the reputation it provided to me. On the other hand, I have always been a free-spirited person never making decisions by the push of others. So there were two options: I would compromise from my freedom and continue to write for Capital magazine, or I would keep writing for the two other relatively small magazines but preserve my integrity. Finally, I didn’t compromise and quit writing for Capital, but in time, I have become one of the well-known columnists and authors in Turkey. I still tell that story to inspire people to stick to the principles for a contented life. In the end, not winning but winning by principles is important.

One thought on “Chariots of Fire / Director Hugh Hudson”