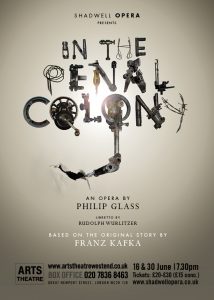 Kafka’s story, In the Penal Colony, is an interesting metaphor for understanding the obstacles to change from an old system to a new system. In the story, the old system’s the central justice device the so-called ‘apparatus’ executes accused people by a cruel way. There is no trial and a chance of defense in the old system and the executions are based on just only accusations. Even it is clear that this system is very problematic, the officer who operates the apparatus single-mindedly adores the old system and its designer; he doesn’t have a clear view about what is really happening. The officer symbolizes the governors in society who only try to preserve the system for the sake of itself and worships to his first employer, the designer in the story. The rules, the marches, the customs, and ceremonies strengthen the old system. The repeated actions first become habits then holy unquestioned routines and ceremonies.
The officer employed by the old system will lose his post and power if the system changes. So he is against the change and a new system. These kind of people are the strongest and fundamental pieces of a system that block change.

The soldier is a bystander and represents the pawns of the system; he is like the low-level officers in government or policemen who witness the wrongs of the system and do nothing about it. They are powerless, mindless, and salaried slaves of a system. They cannot act independently; they can only act with the command of a leader who is in power. They are like guns in the hand of a leader. So unless the hand changes that carries the gun, they never want to or can be a part of change.

The condemned man represents the powerless ordinary innocent people who become the victims of the old system. They are ignorant and deceived easily. They can laugh at a mechanism of a torturing device once tortured themselves. The talent contests on television are enough to fool them. Without a leader, ordinary people are only pieces of crap in front of a strong system. They can’t contribute to the change of a system. In the Second World War, Hitler can be correlated with the old commandant, his war machine can be considered as the apparatus, and the officer can be thought as the Himmler, the head of SS officers in German Army.

Sometimes change is only possible when a leader dies as in the story. Leaders should be smarter to change a system before they die and give to much pain to the other people.

One thought on “In the Penal Colony / Franz Kafka”