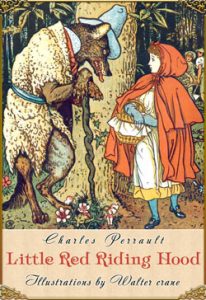 The Little Red Riding Hood is an inspirational story about the importance of experience in practical operations, being results-driven, and intelligence management.

The Little Red Riding Hood is the story’s protagonist and an inexperienced young girl, while the antagonist wolf resembles an experienced, goal-oriented manager. Wolf has a clear goal and vision: “Stay safe and increase the amount of food.” He reaches his goal by efficient use of intelligence management. For example, while he is among the woods, he notices the woodcutters, correctly accesses them as a potential threat, and stays away from them. When the wolf meets the little girl for the first time, he controls and postpones his urges. He doesn’t eat the girl right away and instead uses that vital moment to collect information for potential opportunities or threats. He discovers that he can have both grandma and the girl away from the eyes of others.

The wolf’s biggest advantage over Little Red Riding Hood is the fact there is an informational asymmetry between the two. The wolf knows a lot and can use the information strategically, but the girl knows a little and can’t read the signals. When they meet, the wolf hides his all intentions, and she naively gives away all the information that the wolf needs. In business, keeping information secret is as important as collecting data.

The crucial activity for effective management is questioning assumptions because assumptions create a filter to our perception. Little Red Riding Hood never asks anything about the wolf and remains in her delusion supported by her assumptions. Furthermore, she has no doubts about the circumstance or the intentions of the wolf. In contrast, an effective manager uses false assumptions of others to their advantage.

Effective managers have a set goal and a sense of urgency; they focus on the mission and consciously reach their goal. The wolf focuses on getting to the grandmother’s house before Little Red Riding Hood. Quickly after his arrival, he eats the grandmother, or in other words, he acquires the first customer and waits for the next. When two meet at grandma’s house, even though many clues indicate something is wrong with grandma, Little Red Riding Hood cannot interpret them in a meaningful way, and the wolf eats her, too.

In conclusion, experience, being-goal oriented, intelligence management, questioning assumptions, reading the circumstances are essential in business. According to this famous story, inexperienced employees should master them to be successful in business.

One thought on “The Little Red Riding Hood / Charles Perrault”