Where the Spiritual Meets the Functional 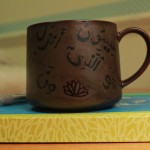 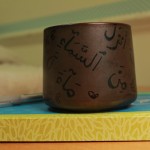 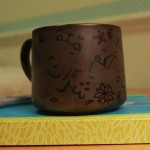 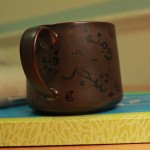 For this project I took an every day item, the mug, and wrote on it with pen the following Quranic verse: “It is He who sends down rain from the sky; from it is drink and from it is foliage in which you pasture [animals]” (Surat An-Naĥl, 16:10). This project was inspired by the idea of art connecting the spiritual to the functional and utilizing calligraphy, the highest of art forms in Islamic tradition. As emphasized in the verse, Allah is responsible for the rain, or in the Arabic, the water, that sustains life. This project represents the omnipotence of god and how he is a source of both the pen, interpreted at times as intellect, shown by the calligraphy and the source of life bearing water, demonstrated by the mug, a vessel to capture the water.

I chose to keep verse in Arabic to preserve the beauty of it’s phrasing and to avoid translation which is considered interpretation and a furthering of the phrase from its original meaning and intent. The calligraphic style that I utilized, if it can be called that, is not based on not in any traditional style, but is my own personalized style of writing Arabic letters in an attempt to reflect the relative nature of Islam described by Professor Asani in class.  Included the foliage in verse, in different times of bloom.

I chose a mug as the surface on which to write because of its importance in everyday life and though a mug may not necessarily make one instinctively think of god, the act of writing on the mug demonstrates how the message of god through the Quran can change in form but is still part of revelation. The act of copying Quranic verses can be an act of devotion critical to spiritual health, and the water held in a mug is critical to physical health. The inscribed mug is a tangible encounter of the spiritual and the physical.