While silence is deafening, signs of the times call on people, especially teachers and educators, to speak up.

It’s been some time since I last wrote an article on this blog. Swamped would be an understatement. Thus, I thought that in the middle of it all, it might be good to write something here.

Social media, as well as other media, have recently been flooded with a lot of very colorful input, output, insights, comments and outtakes, mostly, surrounding the elections both in the Philippines as well as in the United States. Overnight analysts continue to contribute to the buzz, and yes, this article included.

To demonstrate the ripple effect that certain actions and social buzz create, I offer the following image. This greeted me when I opened the Yahoo! homepage in the US yesterday morning: 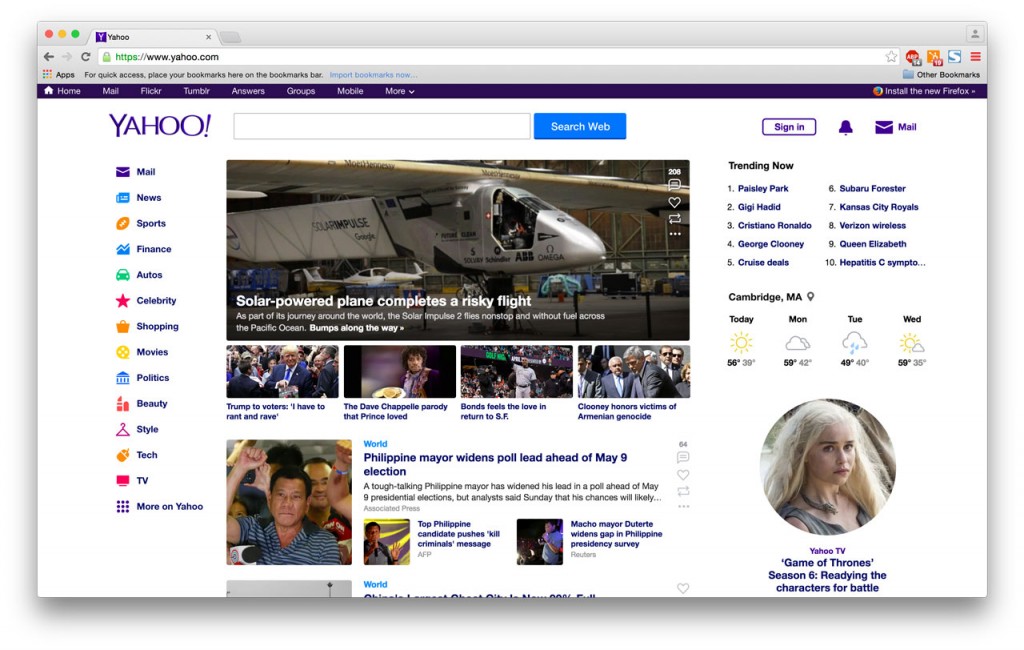 I recognize that Yahoo! customizes its homepage based on data it receives as our interests regardless of whether we are signed in or not. However, the fact remains that these are readily available, syndicated from multiple sources, and can instantly be displayed should we or our friends click on or react to certain links and content.

Our seemingly minuscule actions in what we might perceive to be matters in our small villages have global effects. Physical and social phenomena, including the elections, are often simulated and modeled using physics and math. In physics and math, there’s a concept in chaos theory called the butterfly effect. This might be a social example of that.

In the analysis of the social spectrum, we don’t just look at the physical existence of things but their social aspects as well — eg. not just actions but also words. While the 19th Century children’s rhyme goes “Sticks and stones will break my bones, But words will never harm me.“, we see the massive effects of words this season. With the pervasiveness of devices, we now even download photos and videos into our consciousness where words come alive, and whether we like it or not, they are set on replay.

Introducing Ran was Diane Rosenfeld, a Lecturer at the Harvard Law School. In her introduction, she mentioned that 31% of Harvard College females get harassed in one form or another, before they graduate from undergraduate studies. This statistic, to me, is appalling. If it can happen or is happening at that rate in what’s considered the top university in the U.S., what more in other places?

When Ran started speaking, he spoke about how he, who considers himself as common folk, is contacted by a huge number of people, mostly those who have been abused or harassed, seeking help. I suppose this happens when you have a popular TEDx talk around gender sensitivity and protection of rights. As he does not consider himself to be one who can professionally help these folks, he handholds them to those who can.

I think there’s heroism in that. 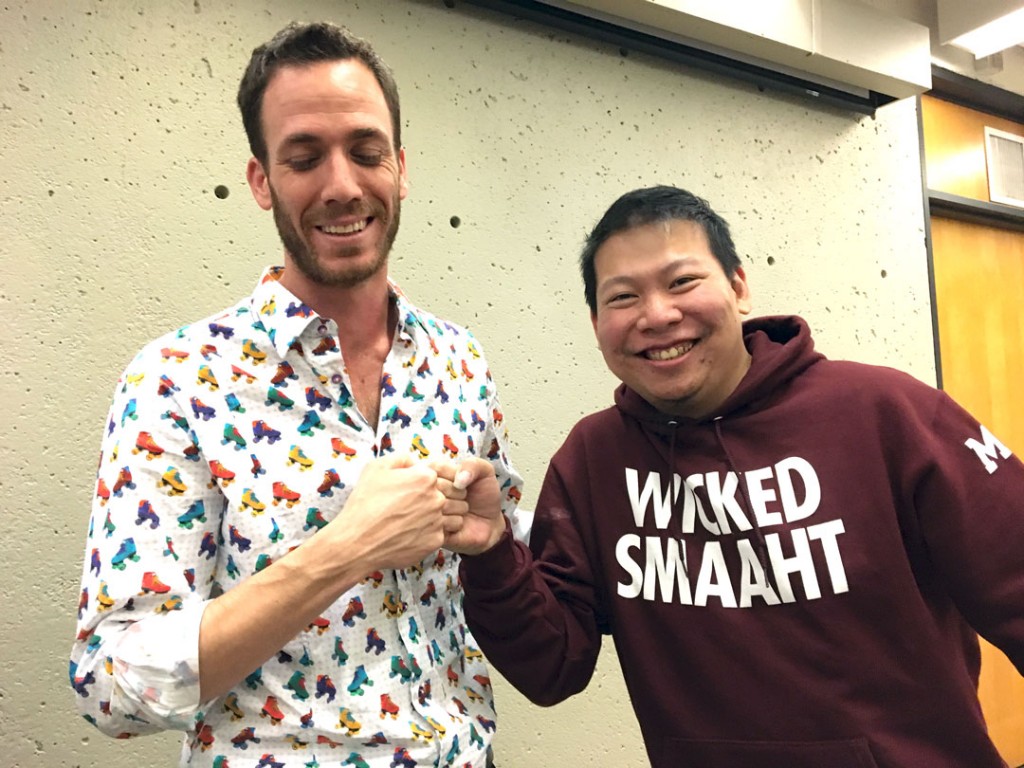 As Ran was speaking with an audience mostly composed of HGSE students including yours truly, he outlined some thoughts.

Second, to do so, we must be in their context. As teachers and educators, we cannot just sit in ivory towers or stand in pulpits and preach. We must be with our students and participate in their context — be it on Facebook, Twitter, or Snapchat.

Fourth, we need to encode our own experiences. As teachers, we are not just facilitators but we also have our own experiences of inequality and injustice. We need to encode these, share these, and give these a voice. That way, we not only get the word out that these things are happening and must be resolved, but that these can serve as models to give a voice to the voiceless, and a face to the faceless.

Fifth, Ran recalled that in Dante’s Inferno, the worst level of hell is reserved for the apathetic and indifferent. Thus, we must take action and be proactive in promoting justice.

While listening to both Ran and Diane, I couldn’t help but relate pornography to the other social issues we face today, especially the uproar and sometimes baffling content that we encounter everyday related to the upcoming elections.

Perhaps if we are able to innovate in these areas like the video below, we can come up with ways to make the world a better place.