Clubs and committees have always been integral in the life of a Xaverian. This is rooted in Xavier School’s identity as a Jesuit school, where her community — students, faculty and staff, alumni and parents alike — would always strive for excellence, in the spirit of magis.

These factors, written in a more modern way, are found in a document called the Characteristics of a Jesuit Education.

But where did the concept of magis begin?

Fr. Barton T. Geger, SJ of Regis University authored a paper called “What Magis Really Means and Why It Matters,” published in 2013 in the journal Jesuit Higher Education. I like how the paper is hosted at Xavier University, but I digress. He traces the historical origins of magis and how its concept has evolved throughout the years.

What’s most interesting though, is that it’s commonly thought that the word magis itself wasn’t used by Ignatius during his time. Its current definition and use is usually attributed to General Congregation 32 Decree 2 Number 27 and Decree 4, and more recently stated in General Congregation 35 Decree 2 Numbers 16, 22, Decree 4 Numbers 8, 27. While that may be so, apparently, Ignatius did use the word magis, when he wrote the Constitutions of the Society of Jesus in the 1500s.

While visiting the Harvard Libraries, I was very fortunate to have been able to handhold and browse through the first edition print of the Constitutions, first published in 1559. That’s some 457 years ago! One can just imagine my excitement as I first opened the pages of this book, one that was held by the contemporaries of St Ignatius himself more than four centuries ago.

In going through the pages, I was pleasantly surprised to see the word magis. Specifically, it’s found in Number 41, Chapter 4 of the General Examen.

Now, my Latin is not in pristine condition. However, one can derive that it’s part of the series of explanations of who the candidate who wants to join the Society is/should be. Should there be anyone out there willing to translate this paragraph, I’d highly appreciate it! 🙂

Thus, in this context, derived from the original Constitutions itself, we can read magis as being able to magnify one’s soul — to ever be more — all for the greater glory of God.

In all things, may we always strive for magis. 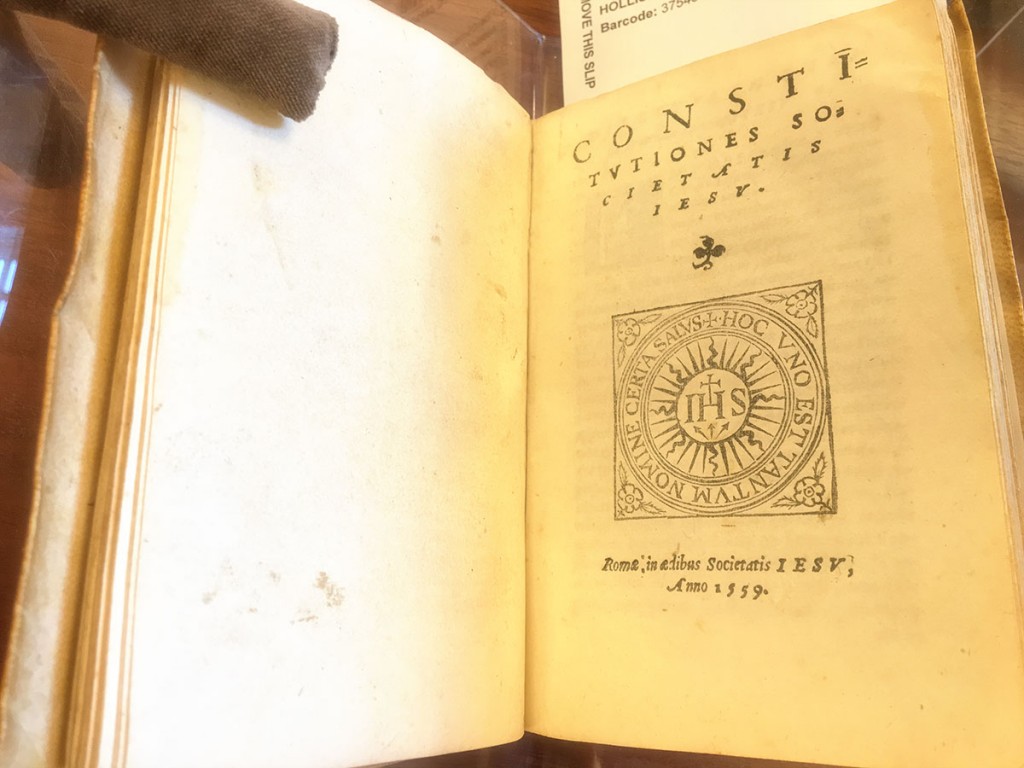 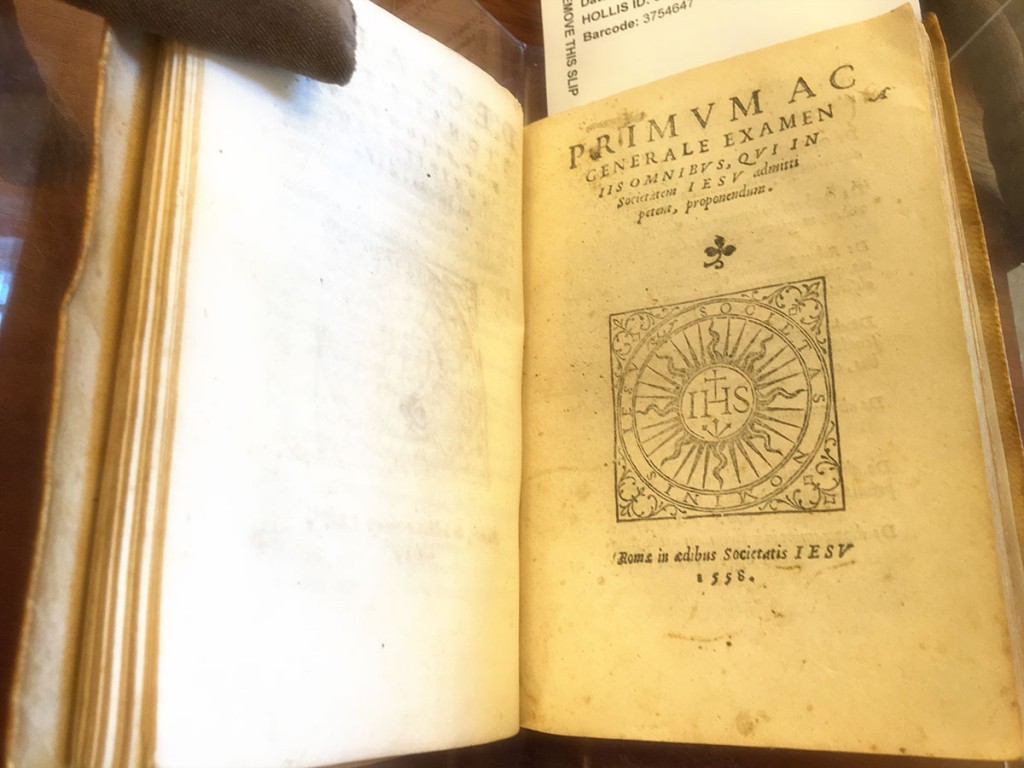 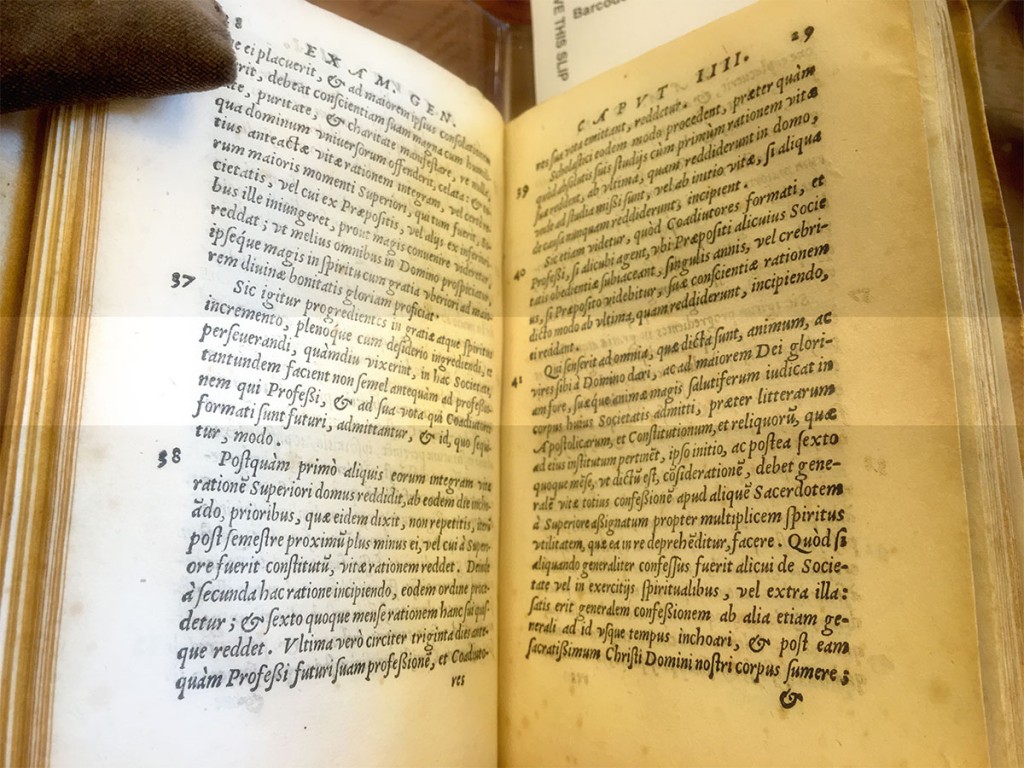 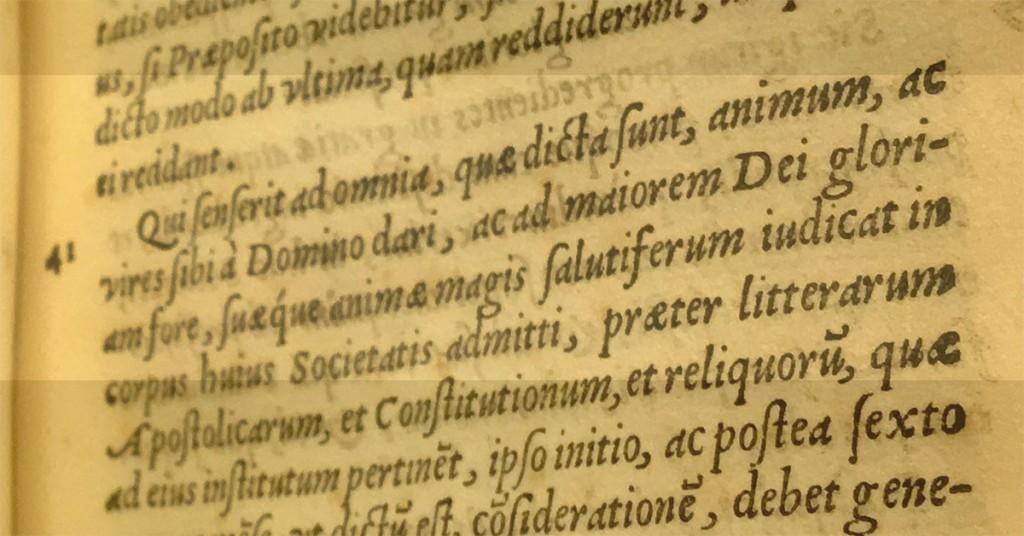