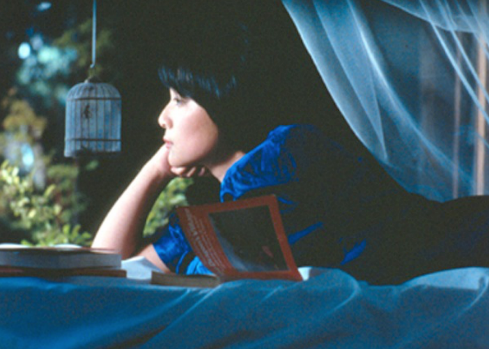 Portraying the Vietnamese immigrant experience through Kieu, A TALE OF LOVE follows the quest of a woman in love with ‘Love’. The film is loosely inspired by THE TALE OF KIEU, the Vietnamese national poem of love which Vietnamese people see as a mythical biography of their ‘motherland,’ marked by internal turbulence and foreign domination. A free-lance writer, Kieu also works as a model for a photographer who idealizes the headless female body and who captures Kieu sheathed by transparent veils. Voyeurism runs through the history of love narratives and voyeurism is here one of the threads that structures the ‘narrative’ of the film. Exposing the fiction of love in love stories and the process of consumption, A TALE OF LOVE marginalizes traditional narrative conventions and opens up a denaturalized space of acting where performed reality, memory and dream constantly pass into one another. Sublimely beautiful to watch, A TALE OF LOVE eloquently evokes an understanding of the allusive and powerful connections between love, sensuality, voyeurism and identity.

Editing – Is the sequencing of the shots in the film? Editors decide on the order and the duration of shots, the visual transitions from scene to scene, and visual effects

Script Reading – What is the literary design of the film? Story ideas and the script. Is there narrative/poetry?