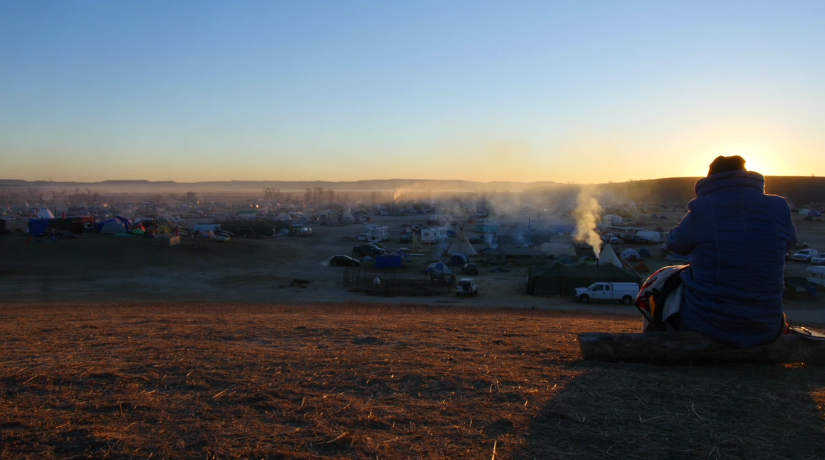 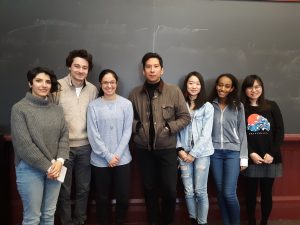 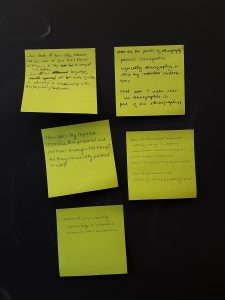 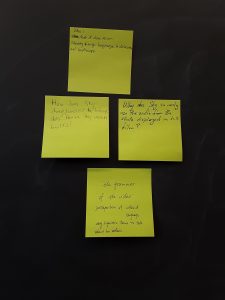 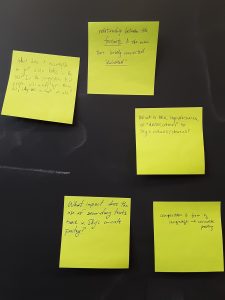 Prompt:
Discuss the questions you’ve raised. Now, working with your partner, create a creative writing prompt in response to Sky Hopinka’s films and/or writing. Consider the themes, dimensions, feelings, and textures brought up in class. Type the prompt and send or type on google doc. Discussion: Why did you chose to create this prompt? Please provide rational.

Choose one example of a “secondary text (images, footnotes, concrete poems, video links, etc.)” from the book and create a creative writing piece that speaks to how “main text” and “secondary text” are defined and the interaction between them.

How does the creative writing process inform your understanding of the main/secondary texts and the form of a book in general?

Anti-Objects, Or Space Without Path Or Boundary by Sky Hopinka is a rumination on the prevalence of the language Chinuk wawa as descriptors of geography and to think of these images of signs and maps beyond their objecthood–as anti-objects. Think of a photograph or image that calcifies something important to your identity and describe it.

Write about a location that makes you feel closer to a part of your identity from which you sometimes feel alienated. You might take inspiration from Dislocation Blues or other films by Sky Hopinka.