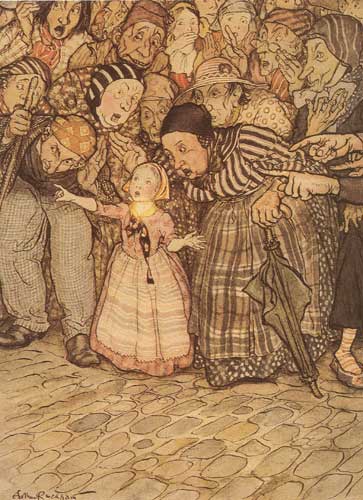 For years now, I have been fretting about empathy. Of course, I have faith in its power, but, like many in my generation, I rebel against orthodox pieties, especially those that try to control and regiment affect. Which is why, I put my foot down after watching an advertisement that opportunistically recruited empathy to sell Lexus’s luxury LS 500 vehicle. I have struck the term from my vocabulary.

“We’re all different,” Emmanuel Acho (the caption describes him as an athlete, author, and speaker) intones from the driver’s seat of his Lexus. “But once we get past our differences, that’s when we find empathy. Because everything great is birthed through discomfort. . . .  Because real empathy knows no difference, no age, no color, no gender. Real empathy says, hey, I see you, I feel you, I hear you. . . . I understand you.” Never mind the irony of touting the benefits of discomfort from a luxury vehicle. What really captured my attention in that ad was the mystified child, who hears Acho rehearsing his motivational speech while running by her.

Recall Hans Christian Andersen’s “The Emperor’s New Clothes,” which ends with a child speaking truth to power, revealing the hypocrisy of the adults watching the naked emperor parade down the streets in the exquisite “attire” woven by two swindlers. The child in the Lexus ad serves as a powerful reminder of how adults march to a cultural drumbeat that has become an empty slogan rather than an authentic sentiment. An empathetic adult would not have been so trapped in the world of commercial enterprise and self-promotion that he would ignore the child on the street in the rush to prepare his inspirational speech.

It’s time to find new ways of expressing what it takes to cross the many cultural, linguistic, national, and geographic divides we live with today. For starters, sympathy, is a term that adds an ethical stance to the cognitive leap that it takes to designate our understanding of what others experience and feel. Sympathy, unlike empathy, includes a judgment that the “distress” felt by someone else is “bad,” as Martha Nussbaum tells us in The Upheavals of Thought.

Even better would be substitution of curiosity and care for empathy, a subject I take up in my new book, The Heroine with 1001 Faces.  Once we exercise our human desire to know, almost a reflex in most of us, we can take a second step that moves toward alleviating the pain or misery we witness. All too often, feeling bad makes us feel all too good, and it’s only when we take make the move from affect to action that the world begins to change. Lexus has it right—time to move out of the empathy comfort zone and begin the harder job of caring for those around us.