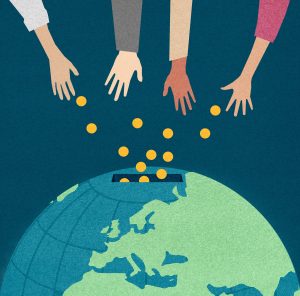 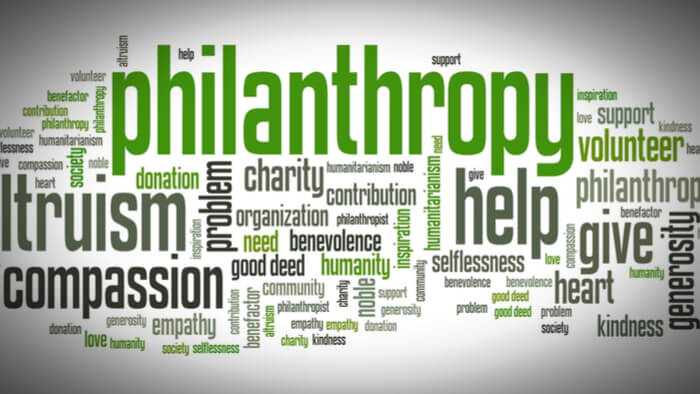 When I was writing The Heroine with 1,001 Faces, I thought long and hard about the cluster of words we use to describe our connection with those in pain. In our culture, we have enshrined “empathy” as our highest virtue, and it is a term used far more often than sympathy or compassion, with the one too muted and the other too fierce and all-consuming an emotion. The model of female heroism that emerged in the course of my research had nothing to do with a journey–women could only rarely respond to a call for adventure–but a set of traits that included curiosity, care, and, well, something like empathy or compassion, a form of being directed to others. It was only yesterday, when I looked at the word philanthropy and thought about its etymology, that I realized I had found my third attribute.

Philanthropy has gotten a bad name in the past year. Ever since the Varsity Blues scandal and our dawning awareness of how charitable trusts and donations have shielded the rich from paying taxes, philanthropy has become associated with the super-rich and their strategies for dodging paying their fair share to the IRS. Nearly a century ago, Bertolt Brecht captured the paradox at the heart of philanthropy when a worker in his play St. Joan of the Stockyards asks, in all innocence, about the men walking with the great “meat king and philanthropist” Pierpont Mauler. “Those are detectives,” is the answer. “They guard him so that no one will knock him down.”

The word philanthropy comes from Ancient Greek, a combination of phil- (love) and anthrōpos (humankind). In 1749, Fielding captured the meaning of the term in his novel Tom Jones, which records the “great and exquisite Delight” found in “parental and filial Affection, and indeed in general Philanthropy.” At the time the term was equated with “goodness” (one citation in the Oxford English Dictionary defines it as “dogoodery”) and the disposition to promote the happiness and well-being of others. Only in the last century has it come to denote generous donations for good causes.

Curiosity, care, and philanthropy–that’s now my trio of attributes for describing the features of heroines from times past, women who paid attention to injustices, cared enough about them to right wrongs, and understood the value of being directed towards others. They engaged in a form of what Martin Hägglund calls secular faith, a belief system that recognizes the fragility of life and seeks to mend, repair, heal, and secure justice.

One thought on “Time to Reboot Philanthropy”