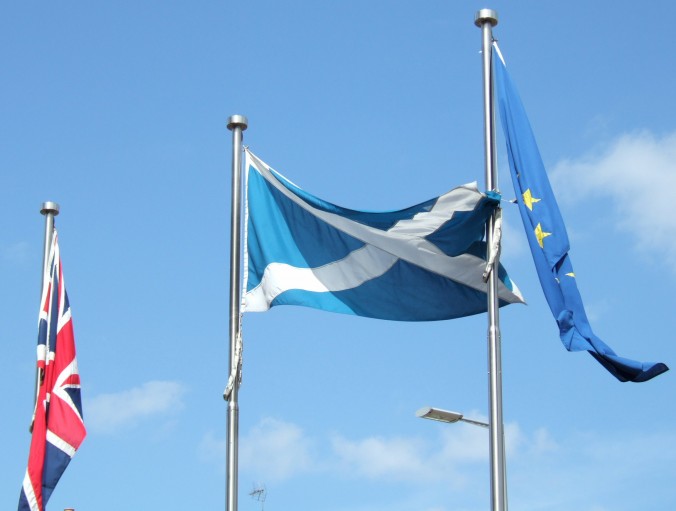 On Thursday 18 September, Scotland voted to remain part of the United Kingdom. Unionists (such as myself) felt an odd mixture of emotions, chiefly a huge sense of relief and a gnawing sense of unease. Relief for the solid margin by which victory was achieved (45% yes, 55% no). Unease at the realisation that over 4 in 10 Scots voted to end arguably the most successful union of nations in the history of the world.

The vote will go down in history as a damning indictment of the British political establishment which very nearly lost the union. Westminster (the by-word for the British political establishment, named after the Palace of Westminster in which the Houses of Parliament are located) lurched from complacency to blind panic when, a week before the vote, the polls (briefly) suggested that the pro-independence campaign was ahead. A hasty vow was made for further political powers to be transferred to Scotland. A vow that may mark the start of the greatest period of constitutional upheaval the UK has seen since Irish independence was achieved in 1922.

The changing nature of the UK constitution

The UK has traditionally been a unitary state where political power is highly centralised. When Union between Scotland and England occurred in 1707, and Britain and Ireland in 1801, the other parliament would abolish itself and move its MPs to London. Westminster remained the sole legislative authority in the British Isles until the establishment of the Irish Free State in 1922 and the sole legislative authority within the island of Great Britain until 1998.

It was at this point that we saw the beginning of the process of ‘devolution’. This is the name given to the process of dishing out limited legislative powers from Westminster to regional assemblies in the other nations of the UK (Scotland, Northern Ireland and Wales). The UK has no written constitution so devolution was underpinned by the supremacy of the Westminster Parliament. The powers of the regional assemblies are those expressly granted to them in UK primary legislation (these vary from region to region but generally involve control over health, education etc and limited power over tax). Westminster retains sole control of reserved matters including defence, foreign policy and the constitution.

The idea was that by accommodating calls for regional autonomy, devolution would eliminate any desire for independence. This has proven to be demonstrably false. Creating separate national conversations means that there is less reason for people in different parts of the UK to care about what is going on elsewhere. In Scotland, the National Health Service in England is caricatured as some sort of neo-liberal corpse factory, while one anonymous British cabinet minister recently admitted, ‘I could not name more than three members of the Scottish government, which is bad. What’s worse, in fact, is that I could not care.’

But the elephant in the room, which has loudly announced its presence in the aftermath of the ‘No’ vote, is what is quaintly referred to as ‘the West Lothian question’.

The ‘sting in the tail’ of devolution

For all the talk of ‘regional autonomy’ the less cosy truth is that devolution is also about limiting English influence. England accounts for almost 85% of the population of the UK and 533 out of 650 MPs in Parliament. Its political clout is enormous. In recent years it has also returned proportionately more centre-right MPs for the Conservative Party, whereas Scotland and Wales mostly return centre-left MPs from the Labour Party. Yet England does not have devolution. It is still ruled entirely from Westminster. This results in the anomaly whereby English MPs cannot have a say on many matters affecting other parts of the country. Yet Scottish, Welsh and Northern Irish MPs may vote on matters that effect only England. England may have legislation forced down its throat by a governing party with a minority of English seats. This is the essence of ‘the West Lothian question’.

For a while this conundrum was not regarded as terribly important. It was seen as a technical issue of interest only to constitution geeks. But the Scottish referendum has brought matters to a head. English attitudes to the vote varied from confusion to irritation at what one commentator described as “a ludicrous, self-indulgent outburst of provincial pique”. The hurried ‘vow’ of the three main party leaders, pledging to quickly transfer more powers to Scotland in the event of a ‘No’ vote, announced in the week of the referendum with almost no consultation of English MPs, proved to be a step too far. There have been unequivocal demands from English MPs that England should not be left out of the devolution process. If this problem is not dealt with, then it threatens to derail the transfer of powers to Scotland, which would be disastrous. The lack of trust in the British political class was cited as the biggest reason for Scots voting ‘yes’ to independence.

The quirks of the British political and legal system make this problem anything but straightforward.

Although the Conservative Party has signalled its agreement to ‘English votes for English laws’ the Labour Party is loath to agree. Many of its MPs come from Wales and Scotland and without their votes, Labour may be left unable to govern in England should it win the next general election. The Liberal Democrats, the junior partners in the governing coalition, are of a similar view. The current arrangement leaves them holding the balance of power. English devolution may drastically reduce their influence. What then are the options?

The problem with contemplating any sort of shift to a more federal UK is that it means confronting the nature of our Constitution and what we want it to achieve, which, ironically, is the antithesis of what Britain has always done in the past. Minimal constraints and flexibility are the hallmarks of the Constitution, muddling through and ensuring legal continuity being the supreme virtue.

It is in this spirit that some propose either a law or a binding convention that only English MPs be allowed to vote on matters that deal only with England. This would require minimal change but raises a number of questions. Would England-only acts be open to judicial review as is the case with the devolved legislatures? If not, why? Would it be proper for MPs from non-English constituencies to sit in the cabinet since UK government departments are responsible for all English policy-making? If not, we would never have another non-English Prime Minister (or at least one that did not hold an English seat). Would the upper chamber, the House of Lords, which contains peers from across the UK still scrutinise its legislation?

Thus despite being a temptingly simple solution, ‘English votes for English laws’ brings with it many issues that need to be settled. In light of this, some have suggested that England be granted its own parliament like the other ‘home nations’. This clearly raises the same issues mentioned above, but at least makes it more likely that they will be dealt with systematically. However, it also raises a larger existential question for the UK parliament. Westminster is seen as the very embodiment of political union itself, for good or ill. How would an English regional parliament work? Would it remain within the current Palace of Westminster and time-share the House of Commons with the UK parliament?

Some have proposed housing an English parliament elsewhere in the country or even taking it on tour. This represents an existential crisis for the ‘mother of parliaments’. Given the dominance of England in terms of population, what work would there be for a UK parliament to do? Would a separate English executive be required? Would UK ministers double up as English ministers (if so, see the above problems concerning non-English MPs)?

Some figures within the Labour Party have proposed an alternative to English devolution or federalism. They envisage the transfer of powers including tax powers to English regions and major cities. As a lasting solution to the West Lothian question it appears fanciful. The electorate emphatically rejected a regional assembly for the North-East of England in 2004. 9 out of 11 English regional cities voted not to have directly elected mayors in 2012.

In the midst of this confusion, the defeated Scottish nationalists are waiting in the wings, eager to exploit any delay in the transfer of powers to Scotland as the sign of a corrupt British political class reneging on its deal. There have been calls to take the wind out of their sails by shoving the extra powers for Scotland out of the door and kicking ‘the English question’ down the road for more sober deliberation in a constitutional convention. Given the fragile state of the union at present, it may not be the worst option.

Andrew Wheelhouse was called to the Bar of England & Wales in 2013. He has a BA in law from the University of Cambridge and an LLM from University College London. He is a former clerk of the Constitutional Court of South Africa.