Talked on “Complexity Model of Communication with Computer Images” @2016 Multimedia and Applications. 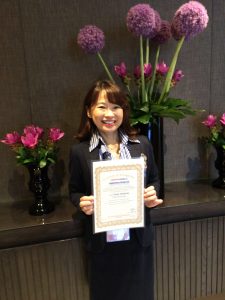 I have talked on “Complexity Model of Communication with Computer Images” @2016 Multimedia and Applications, London, UK, August 2016.

Social and natural scientists have used the complexity paradigm to address issues of the complexity and dynamism of phenomena which hitherto in traditional approaches had been made invisible or had been regarded as aberrant – thereby adding to our explanatory and manipulative power (Eve, 1997). As Appadurai (1996) calls for a human version of complexity theory in order to further the theory of global cultural interactions, Takahashi (2009) has applied a non-linear, non-reductionist model to human communication, using the ethnographic method, which is a non-linear methodology.

Takahashi has provided an integrated framework for the demonstration of three dimensions of complex systems: individuals, social groups and cultures and the paths of dynamic interaction between these in terms of interactivity, self-organisation, adaptivity and the notion of the edge of chaos, thus contributing to the idea of a human version of complexity theory. There are numerous complex systems that exist among the micro and macro levels and each level is not discrete but rather is intra- and inter-connected and moreover dynamically interacts with the others. In this presentation, we will demonstrate the complex model of communication with some computer images to understand the diversity, dynamism and complexity of human communication in the global digital world. 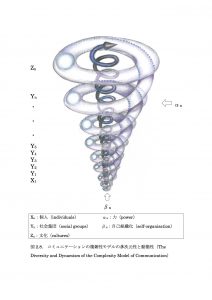 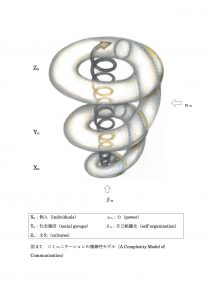 Toshie Takahashi is Professor in the School of Culture, Media and Society, as well as the Institute for Al and Robotics,Waseda University, Tokyo. She was the former faculty Associate at the Harvard Berkman Klein Center for Internet & Society. She has held visiting appointments at the University of Oxford and the University of Cambridge as well as Columbia University. She conducts cross-cultural and trans-disciplinary research on the social impact of robots as well as the potential of AI for Social Good. 【早稲田大学文学学術院教授。元ハーバード大学バークマンクライン研究所ファカルティ・アソシエイト。現在、人工知能の社会的インパクトやロボットの利活用などについて、ハーバード大学やケンブリッジ大学と国際共同研究を行っている。東京オリンピック・パラリンピック競技大会組織委員会テクノロジー諮問委員会委員。】
View all posts by Toshie Takahashi →
This entry was posted in AI, audience engagement, communication model. Bookmark the permalink.
Protected by Akismet • Blog with WordPress