On April 4th, 2019, I enjoyed giving a talk on “AI Narratives and Robotics in Japan: the Complexity Model of Communication” in the AI Narratives panel at the British Society for Literature and Science @ Royal Holloway. 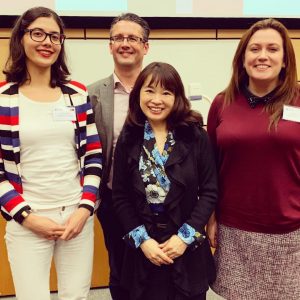 Arguably, we are seeing the dawn of “thefourth industrial revolution”. With the disruptive potential of new and emerging technologies such asArtificial Intelligence (AI)and robots come both a slew of risks and opportunities, locally and globally.  Technological developments in AI and robots have been discussed within dichotomy between utopia and dystopia.  European views tend to be dystopia with such fear as unemployment and AI divide, while Japanese views tend to be utopia with social benefits in the super aging society.  The Japanese embrace of AI and robots has been drawn as many caricatures into the long history of techno-orientalism in Western portrayal of the Japanese. But how are Japanese different from westerners and why?

In my talk, briefly, I shall begin by introducing the theoretical framework,“the complexity model of communication” (Takahashi, 2016),which I have developed for a deeper understanding of the social impact of AI and robots with uniting the sciences and the humanities.  Secondly, I will share some observations from AI narratives within a Japanese context.  I will introduce some manga and TV anime in terms of AI/robots in 1950s and 1960s within historical and social contexts, which have greatly influenced robotics in the today’s Japanese society. 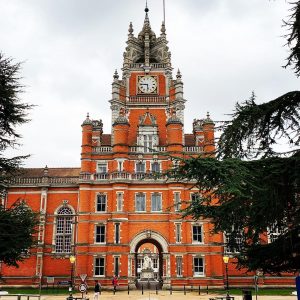 Toshie Takahashi is Professor in the School of Culture, Media and Society, as well as the Institute for Al and Robotics,Waseda University, Tokyo. She was the former faculty Associate at the Harvard Berkman Klein Center for Internet & Society. She has held visiting appointments at the University of Oxford and the University of Cambridge as well as Columbia University. She conducts cross-cultural and trans-disciplinary research on the social impact of robots as well as the potential of AI for Social Good. 【早稲田大学文学学術院教授。元ハーバード大学バークマンクライン研究所ファカルティ・アソシエイト。現在、人工知能の社会的インパクトやロボットの利活用などについて、ハーバード大学やケンブリッジ大学と国際共同研究を行っている。東京オリンピック・パラリンピック競技大会組織委員会テクノロジー諮問委員会委員。】
View all posts by Toshie Takahashi →
This entry was posted in AI, AI Narratives, communication model, Culture and Communication, Human-robot interaction, Robot. Bookmark the permalink.
Protected by Akismet • Blog with WordPress