It is a great honor to be invited to “the Economy of Robots” workshop at the European Parliament. I talked about “Robots and social impact” and discussed the future of AI/robot society. 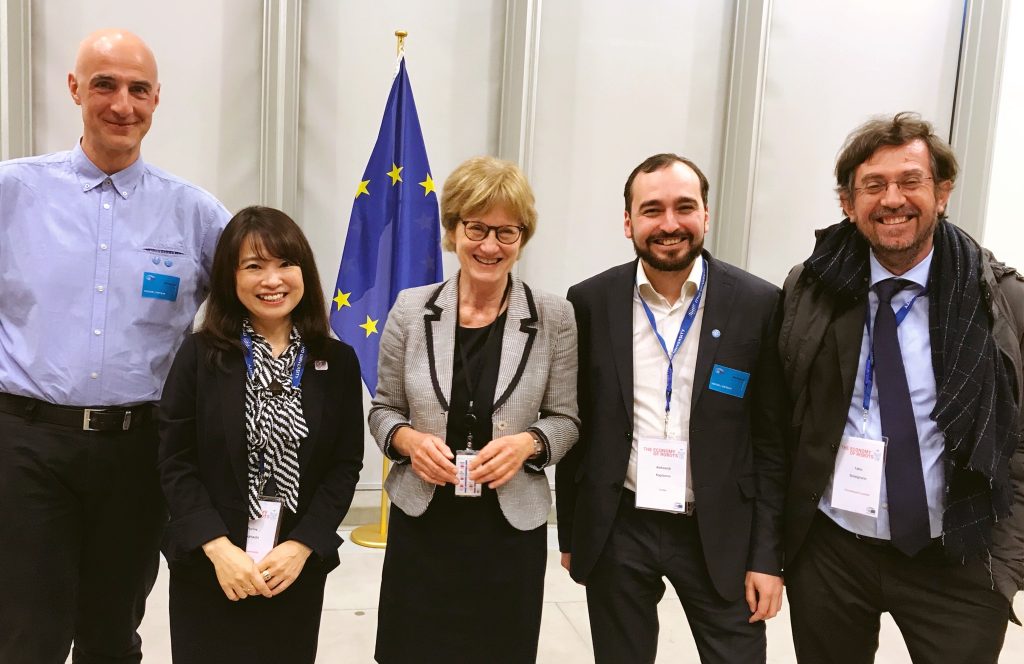 “the Economy of Robots” workshop @the European Parliament, Brussels 2018.4.9

I did my fieldwork on Human-Robots Interaction at a nursing home in Tokyo with Prof. Takanori Shibata, who is father of a therapeutic robot, Paro. The nursing home use many different kinds of robots, not only “robots suits” by Cyberdyne but also communication robots such as Aibo, Pepper and Paro. 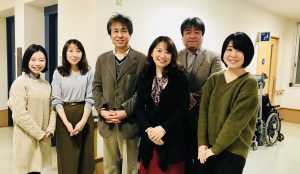 The first photo shows elderly people with dementia sat together in a common room as they have to be awake during the daytime. Some watched TV, others did nothing. But this silence was suddenly broken when the nurse brought in Aibo and Paro. The residents became very excited, alive and smiling – touching and talking to robots. Gradually, however, the excitement wears off – and a few began dozing off again. However, when the nurse came to sit next to them, they became happy to talk with the nurse while holding Paro, as you can see in the second photo. Not only elderly people but the nurses too seemed happy. The care manager, Yukari Sekiguchi told me, “the greatest effect of robots that they bring smiles to our nurses”. The significance is this: social robots are not just about healing people; they act as media to connect and reinforce social intimacy between people at the affective level. 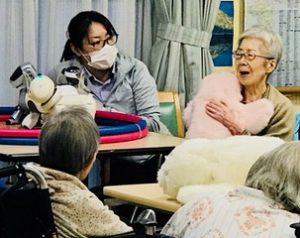 The more they engage with robots, the more they feel social intimacy with them. Social robots might help to take care of people who live alone by counteracting their loneliness.

Mr. Masahiro Fujita, who created AIBO at Sony, revealed that people were upset when AIBO was discontinued so much so that some even held AIBO funerals.

Internet of Robots and AI

Now SONY creates a new AIBO which can connect to the internet. New AIBO could be developed dramatically by deep learning with big data of people’s engagement with AIBO in everyday life. AIBO can collect much more real data than Google home and Amazon Echo as he can move everywhere inside of people’s home autonomously.

Of course, these raise further questions, both of opportunities and risks, including those of ethics.