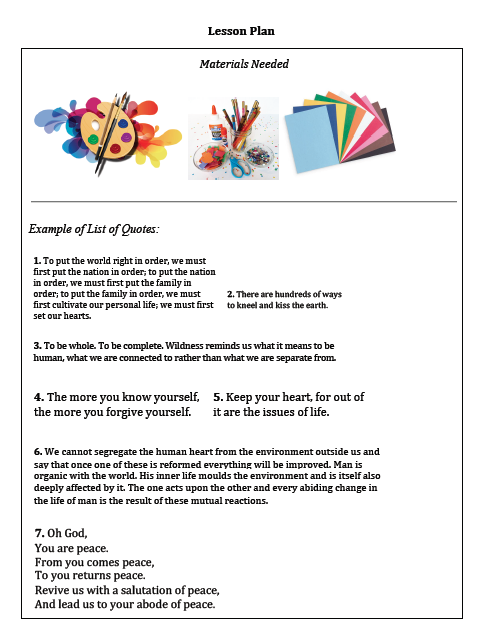 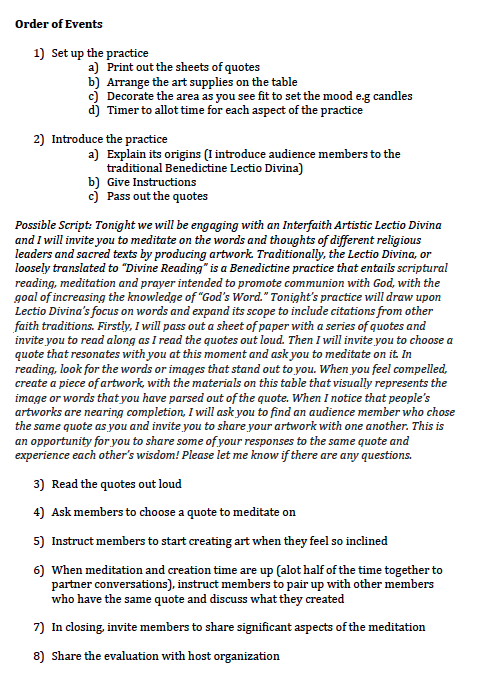 During Week 4, Professor Asani started off our first lecture of the week by saying,

“Diversity is a fact. How you choose to engage with it is a choice.”

The simplicity and straightforwardness of Prof. Asani’s comment stuck with me throughout that week. I reflected on the ways in which this world’s faith traditions situate themselves within the world’s religiously pluralistic landscape. I asked myself, “How was I taught about the world’s religions?” and “How was I taught to engage with the religious “others” around me?”

These questions are not new to me. In fact, I have spent a great portion of my life engaged in interfaith work. However, this class’ emphasis on the aesthetic interpretations of Islam encouraged me to think about the role the arts can play in, not only expressing praise for the Divine, but building positive connections across lines of religious difference. After all, Quran 50:16 describes Allah as closer to humans than their jugular vein. In my opinion, if that is the case, then the arts can play a role in illuminating Allah’s closeness to every human, regardless of their faith tradition.

For this creative assignment, I developed a sample “Lesson Plan” for a creative interfaith dialogue workshop. I was inspired by our teachings around the Islamic concept of Ahl al-Kitab, which literally translates to “the family of the book,” to pull quotes and teachings from various faith traditions for participants to reflect upon collaboratively.

The term Ahl al-Kitab refers to all followers of “the book” (i.e followers of monotheistic traditions.) This concept evokes the belief that anyone who submits to a God is a muslim in the nominal sense. The term “Muslim” means “one who submits,” yet does not specify any particular devotion or veneration of the Prophet Muhummad (pbuh). It is important to note that the Arabic translates to people of the Book  – defined and singular. Thus signaling that there is no distinction between books and that all monotheistic faiths are connected.

In addition to being inspired by the term Ahl al-kitab, I was inspired by Surat Al-Hujarat (49:13), which reads:

O mankind, indeed We have created you from male and female and made you peoples and tribes that you may know one another. Indeed, the most noble of you in the sight of Allah is the most righteous of you. Indeed, Allah is Knowing and Acquainted. (Transl. Sahih International).

My hope is that this activity will promote interreligious encounters, grounded in artistic practices, as a means of accomplishing this Divine goal of “knowing one another.”

Interreligious literacy is but one component of interfaith dialogue. This workshop strives to facilitate a more holistic approach to dialogue by 1) attempting to grapple with religions as more than the sum of set texts, doctrines, and rituals and 2) foreground the complexity of individuals’ personal experiences with faith. I believe creative interreligious dialogue has an untapped potential, particularly in addressing the question: What happens when language is not enough?