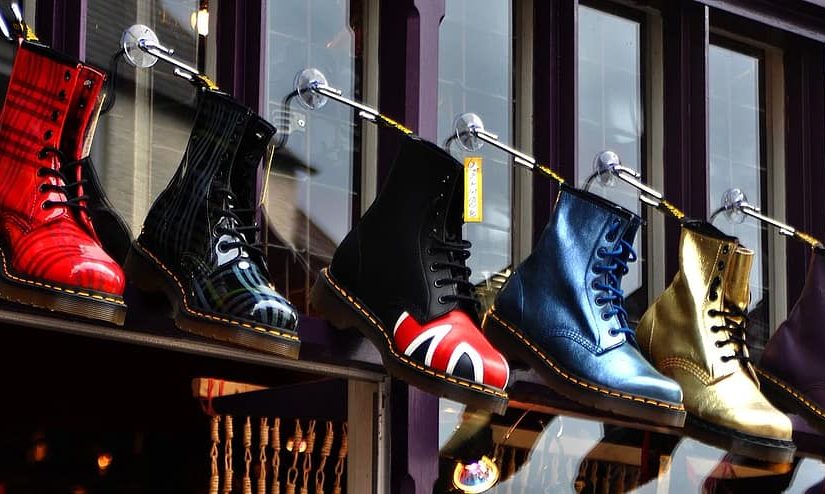 I love Doc Marten Boots and I’m not sure why. They’re not particularly comfortable, practical, or honestly even that good looking. Somehow though I’ve still managed to accumulate three different pairs from different lines within the brand. They’re laughing all the way to the bank even with my criticisms. 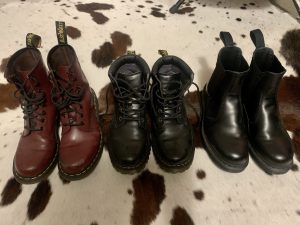 My first pair was a 1460 in cherry red. Holy crap it was tough to break in. I remember I’d put folded paper in my socks to keep them from rubbing my heels raw. I wore them everyday for months and it eventually yielded to my determination. The leather feels authentic and over the years the boot has been scuffed up from motorcycle rides and late nights. I’ve never worried about this boot falling apart, it feels sturdy.

My second pair was a set of black Cartors. I found them at Nordstrom Rack for half the cost of my 1460s. From afar they look like the classic black docs but picking them up I could tell that there was something not right about them. I think my main complaint is that they’re synthetic leather and thus have a much softer feel and a different shine than the 1460s. These did not require any break in. They’re acceptable to wear if my outfit requires black boots but if these were my first docs, I would not have been impressed.

My third and hopefully last pair is a set of Chelseas, mono black so that I can wear them with my service dress if I want. I had been on the hunt for Chelsea boots for a while but none really caught my eye like the Docs. So after a putting it off as a maybe for a year I ended up buying it. They’re not too comfortable to walk in but my main complaint is the insole. It is cardboard. It’s hard to get a picture because it has some fake black cover they have over the heel of the insole. I thought it was some packaging material I had missed the first time I wore it. When you walk it feels like your socks are slipping around on dense cardboard inside. For $150, I don’t think this the quality one pays for. I gave them a shot though, maybe the cardboard becomes like memory foam after a while. I’ve worn them about 10 times. Still not pleased with the insole.

Overall I’d say get the 1460s, they’re the classic look, and be ready to break ’em in. They also have a vintage “made in England” line for $230 but I think Docs are quite pricey as is so I won’t be trying those any time soon.