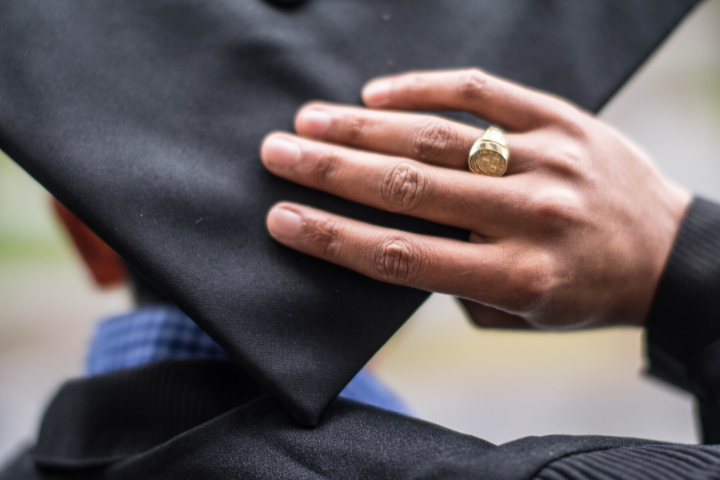 Everyone knows about that massive brass rat the MIT students wear. Does Harvard have something similar? Harvard class rings aren’t as universal as the brass rat is to MIT but they are around. Harvard class rings are almost universally signet rings; however, there is no “official” ring. It seems there are competing efforts between the Coop and the Harvard Shop for class rings. Our student run newspaper, the Crimson, had an article picturing the Balfour ring advertised by the Harvard Shop. The Coop, Harvard’s bookstore and the providers of Harvard regalia advertise the rings from Herff Jones. Lastly M. La Hart & Co seems to have a licensed ring. I went with the one from Balfour because I personally prefer the look, I think their signet ring looks more classic. The Balfour ring also seems relatively cheaper.

Why do I want a class ring? Well firstly I think signet rings are classy but I don’t have a signet of my family crest passed down for generations like others. Secondly, class rings are a military tradition and thus commonly worn at my workplace.

I’m very pleased with the amount of customization allowed. Each side can be customized with the student’s house and school. People commonly engrave class year on the sides as well. Mine has the Extension School’s coat of arms on one side and Kirkland House’s on the other.

The cheapest option with no precious metals is around $400. It took a long time to produce, two months. I upgraded to a rose gold version later and they gave me a large discount for turning in my original ring.