So I’m into keyboards. Being a programmer and gamer it’s no surprise. I’ve accumulated a few hundred dollars in keyboards / keyboard parts and I hope my obsession doesn’t go much further. As a fun way to tell others about my hobby I’ve put some keycap keychains on my lanyard. Sadly, I had a hard time finding a quality product. Here’s a review of three of them. 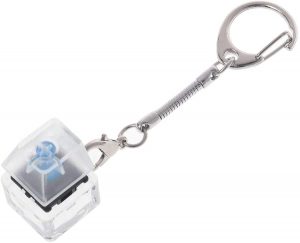 Amazon Keycap Keychain: Pretty much came apart in the packaging. Mine had an LED so it may not be the exact one pictured but the light didn’t work well either. 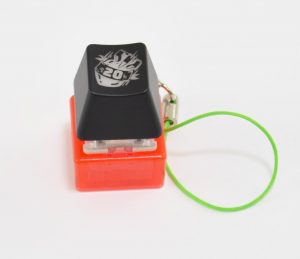 20 Bomb Keycap Switch Keychain: Got this from mechanicalkeyboards.com and it held up for a while on my lanyard. Eventually though after being put into my pocket and dragged around for a few months the switch separated from the backing and I lost the parts that weren’t attached to the housing. I threw this away as I didn’t want to put another switch in there to be lost again. 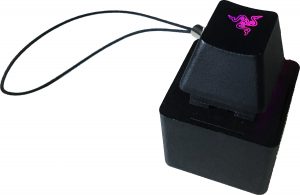 Razor Chroma Keycap Keychain: So finally I got this one at an eBay auction because you can only get it from a special razor promotion. It’s not built to come apart like the others and the only part that you can swap out is the keycap. The entire keychain is basically a razor green built into the housing. It also has an LED that changes colors as you hold it.

If you’re in the market and find one on sale, buy the razor. All the other keycap keychains come apart and you will have to replace it once you’ve realized your switch and keycap came off somewhere.