If you haven’t seen the famous American Psycho credit card scene, here it is:

Don’t try to look up Dorsia NYC btw that restaurant is fictional. So back to Bateman’s suit, Valentino Couture. The Valentino brand is famous but do they even make suits? (Couture usually means something made to measure. If you’re into designer clothing over bespoke clothing many times you’ll have to settle for made to measure over fully bespoke.)

Valentino’s site doesn’t have a category for suits or fine menswear. They do make jackets listed under “outerwear”. A search from their website turns up one suit in three different colors, black, navy, and grey. 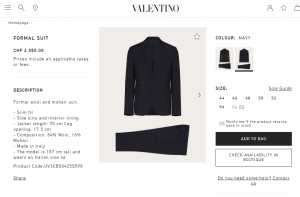 So they do make suits! But more importantly from here, do they make made to measure (couture) suits for Mr. Bateman over here?

A deep dive reveals an article from Vogue talking about Valentino’s menswear store expansion in 2016 making room for their new made-to-measure service. If the service was new in 2016 and the movie was made in 2000, Bateman probably had some special connections to have his suit made. Even cooler to think about is perhaps this made-to-measure service could have been inspired by Bateman himself.

The article also gives us a price of about €2,600 for a tuxedo which is a reasonable ask in my opinion considering the ready to wear suit I found above and many other casual items from Valentino already command that price.

It’s been five years since that Vogue article was written, does Valentino Couture still exist as a made to measure menswear service? A google search doesn’t turn up much besides that article. From what I can tell the store they are talking about is the Paris Rue St. Honore which is thee Valentino Menswear store. A picture from May 2015 clearly shows us that it’s a menswear store: 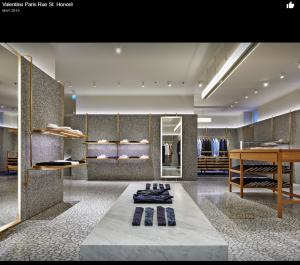 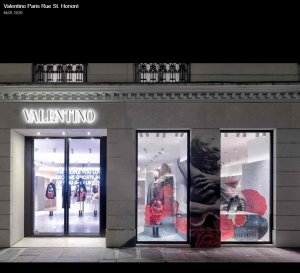 And the 2015 picture was from before their second floor expansion so we’re seeing the same floor of the same store here. It could very well be that while the store location exists, Valentino Couture made-to-measure men’s suits are no longer a thing.

On the off chance that they are still in existence the only way to get a Valentino Couture suit would be to fly to Paris and find this specific Valentino store that makes no mention of its services officially online. I’ll check it out next time I’m in Paris.

3 thoughts on “Valentino Couture, The American Psycho’s Suit of Choice”