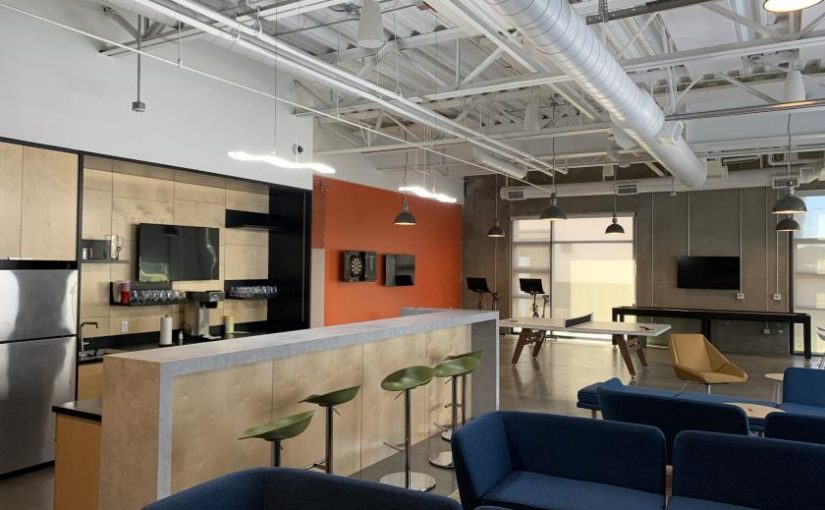 The military experience varies wildly from person to person. You could be living in a tent or on an isolated beachside home on base. You could be in a shack guarding absolutely nothing or you could be a full time student living with a frat at MIT. There’s a huge diversity to explore and while I’m not sure what asbestos filled warehouse is the worst military office, I’m semi-confident I’ve found the nicest one.

Across the street from Los Angeles Air Force base is the home one of the Space Force’s software factories, Section 31. Recently their organization has been absorbed into their parent, Kobayashi Maru; however, primarily only the former Section 31 members work in this office (a more accurate nomenclature for them now is the Kobayashi Maru Organic Software Teams formerly known as Section 31).

The building is modern and industrial, neighboring other similarly designed office spaces. Walking in the front door one finds an environment more reminiscent of silicon valley than a military organization. Directly inside the door is a huge 20 foot screen displaying a view of the Earth from space. Past the lobby is the common room with a shuffle board and a ping pong table. The ping pong table had high quality paddles and the wax/sand on the shuffle board table well maintained. In the other corner of the room you could work on your golf game with the phi golf swing stick or pretend you’re at the course with the golf arcade game. Also in the room were two Pelotons that probably encompassed the entirety of the gym budget (there’s a shower in the downstairs bathroom in case you were wondering); the Space Force has an odd affinity for Pelotons and it’s common to see senior leaders on the platform. The downstairs kitchen featured multiple beers on tap, a fridge of other bottled drinks, and organization branded glasses, mugs, and silverware. Fenced in a small outdoor eating area was a brand new unused grill.

The second floor features an open office concept with large windows and glass meeting rooms. Rows of standing desks enclose software teams in casual clothing, military uniforms are rarely seen here. The majority of the desks are empty, their computers remotely controlled by others working from home or wherever they felt like vacationing. Working from home was common even before the pandemic at tech giants; in fact, if every member of my team was in the office, there would not be enough space at our station for all of them. My team’s space had team specific stickers, matching costumes for developers who were “pair” programming, and wine that was somehow branded “Vandenberg Air Force Base” (not sure how they got the licensing to make that).

Out of office fun there was an invitation to a beach day with food and jet skis that weekend.

I believe the intent behind this is to imitate silicon valley’s tech environment and encourage talent to work here. It’s worth noting that very few here are active duty military and even fewer are permanently assigned, most are civilians and contractors that could find better salaries elsewhere. While it’s nothing compared to the Google office, it’s a huge step in the right direction away from the quiet cubicle floors of neighboring LAAFB. I hope that other software factories around the service are also imitating this kind of culture and that the rebranding from “Section 31” to “Kobayashi Maru Organic Teams” changes KM to be more like S31, not the other way around.