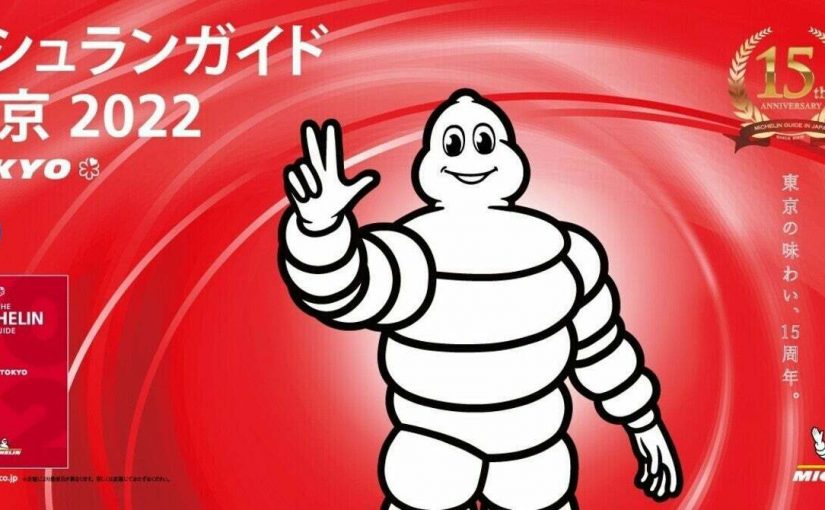 So lets say you dream of Japan, a far off world with vastly different culture and lifestyle. You want to take a vacation there but want to experience traditional houses with paper walls, eating and sleeping on the floor,,, that kind of thing. Well a hotel ain’t gonna give you that experience, you want a Ryokan, a traditional Japanese bed and breakfast type thing where you can really be immersed.

Well many of these often cater to Japanese domestic tourists, their websites are in Japanese (if they even have a website), and it’s not like you have many friends that could recommend you a place to stay across the world. How would one go about selecting a Ryokan? Many of you know that I have an obsession towards the Michelin guide (probably because of my obsession towards food) but here’s a little known fact: the Michelin Guide used to also review hotels. And when they were in Japan they also reviewed Ryokans.

The Michelin Guide is a… difficult source. They only have the latest recommendations listed on their website and often it’s impossible to find past recommendations without the physical book. I dream of one day compiling the Michelin Collection and creating a database but that would cost literally thousands of dollars for the more rare editions. Currently if you search for a hotel in Tokyo on their website, no Ryokans will show up. An article written in 2021 on “The Reinvention of the Ryokan” also has no Tokyo entries. I know Michelin guides were created to encourage driving but I guess I’m looking for a diamond in the rough, a traditional place to stay in the most urban part of Japan.

I’m really set on Tokyo because that’s where everyone visits. So let me spell out what I’m really on the hunt for: A Michelin recommended Ryokan in the city of Tokyo. Hotels used to be rated with “pavilions” if you’re curious and Ryokan recommendations have those pavilions stylized to look like traditional Japanese housing in the old red books. According to Wikipedia there are 10 Michelin Rated Ryokans in the Tokyo, Tokohama, and Shonan area. Here’s the real problem and the reason this is a “deep dive”: that Michelin Guide resells for about $150 to $250 right now.

The sourcing on Wikipedia brings us to the Wayback machine, where we can see a press release from 2011 on the 2012 edition. In this press release they only list one Ryokan called Sekiyo in Shonan, not Tokyo. I know from searching for the Michelin Guide that other editions of the “Tokyo, Tokohama, and Shonan” area guide have been released so I presume that the other 9 mentioned on the Wikipedia page are from other years. 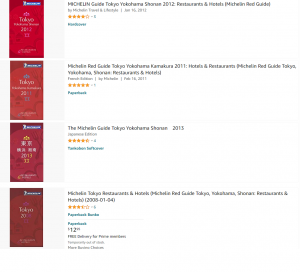 Take a look at these Amazon listings: The 2013 guide is in Japanese, the 2011 guide is in French, the 2012 guide is hundreds of dollars. The Michelin Guide has release a modern Tokyo edition in 2022 being its 15th edition implying guides as far back as 2007. The press release for the 2022 edition makes no mention of hotels. I cannot even find one for sale and I suspect this is because from about 2013 onwards I only see Japanese editions, they may only be sold in Japan which of course makes a lot of sense from their marketing perspective.

I’ve also found a green guide that highlights places to stay but the green guide focuses on attractions while the red guide focuses on hotels and restaurants. What I really want to get my hands on is the latest Michelin Red guide with a Tokyo Ryokan recommendation. From what I can tell, there are no online PDFs available for purchase and no previews of their contents listed. So when you need to scan a collection of books you don’t have and can’t afford, you go to the library.

So honestly, I’m left with the scraps here. The 2013 books on I think are all in Japanese. The 2012 red book is the latest one I know of where they rated Ryokans but it’s really expensive. The 2011 book I can only find in French. That brings me all the way down to 2010, without even knowing if they recommend a Ryokan in here, if it’s in Tokyo, or if that Ryokan even still exists. For what it’s worth I see 2011 in French, 2009 in English, 2008 in English and that almost completes the history because from what I can tell they started in 2007.

2010 edition has no Ryokans. To be continued…