I think the phrase Professor Asani, head of the Islamic Studies Department at Harvard, used most in his class was, “The only way to know God is through love.”

I remind myself of this on a daily basis.

God is beyond reason.

But here I am studying at the Harvard Divinity School.  I’m tearing apart sacred texts, analyzing, criticizing, comparing.  I’m looking at religion in the context of history and power structures.

Religion has played some pretty good roles and some pretty evil roles in history.  Sometimes what appears to be religion is actually not.  It’s wealth, power, greed.

So all this knowledge, is it helping me get closer to God?

I honestly don’t know.  I do know a dose of reason + empathy can help get over stumbling blocks.

But the key, is that, “We can only know God through love.”

At the end of the day, love is what brings on the mystery of faith no?  What is love and how do we possess it? Love is really the glue that keeps humanity together.  And where does love come from?

For me that answer is God.

The most important learning for me this year was that all religion has equal justification.

God has no religion. – Ghandi

Man made religion.  Jesus didn’t call himself a Christian. 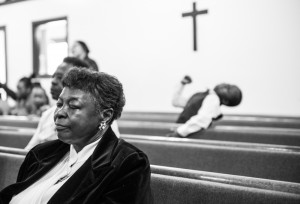 And if Muhammad ever called himself a Muslim, it was only because the term translates into, “One who submits to God”.  Again, groups of people turned “Islam” (meaning submission to God) into a group of people, an ideology.  Because really, if we are practicing faith, aren’t we all Muslims?  In the true translation, we are submitting to God.  It never used to identify us as a “type” of religious practicing person, but as an action.

We all have our reasons to believe, which are compounded when you add our faith.  As a child you are taught to believe in one faith, and anything outside your own is, “the other”.

Ghandi said, “Real struggle that democracy must wage is a struggle within the individual self, between the urge to dominate and defile the other.  Willingness to live respectfully on terms of compassion and equality with all the vulnerability that life entails.

We need to humanize the other, no matter who the other is.

An eye for an eye will only make the whole world blind. – Ghandi

I took this class on Islam, because I didn’t understand it.  And quite honestly, I was a bit fearful of it.  When there is terror in the world and they are saying it is, “in the name of Islam,” I wanted to know what that meant.

The first day of class, Professor Asani wrote this on the board, “Why do they hate us?”

Then he asked us who is the THEY and who is the US.  The class was able to come up with many different versions of “they” vs. “us”.  We have become so polarized. something that happens with a clash of ignorances. 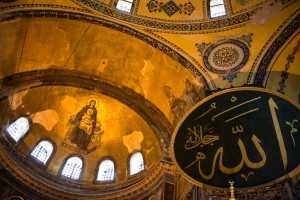 When Trump talks about an entire religious “group” as something he would ban, this becomes dangerous because we make them the “other”.  Professor Asani wisely taught us, “We visualize that Islam has agency.  But Islam is neither peaceful or violent.  PEOPLE are.  Islam does not have agency.”  We cannot use religion as an exclusive lens.

I think as Americans, we are really bad with other cultures and languages.  We tend to think that we are the best and the rest of the world should be like us.  We are terrible at languages compared to other countries in the world.

One of the reasons Islam is also not fully understood, is that the Qur’an needs to be read in Arabic.  When Christians went to evangelize around the world, they translated the bible.  In Islam, they open Arabic schools.  The Qur’an is said to be the perfect poem.  It is very difficult to translate, as the poem loses it’s flow and rhythm, It is meant to be recited.  Arabic is not scary, it is just another language which was born in a different culture.  Allah is Arabic for God.  If you want to talk about God in Arabic, you say, Allah.

I loved learning how important calligraphy and text is to their culture.  I learned that images of God, Muhammad and the Prophets are forbidden (mainly in Sunni Islam, Shia are more lax).  The idea is to not have a human face on something so all powerful.  This makes the text and calligraphy even more important.  The recitation of the Qur’an is sacred.  So where Christians have a lot of iconography, Islam relies on the recitations and the text to bring to life their faith in God. 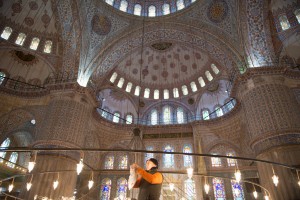 I also was reassured by this text in the Qur’an:

I highly recommend reading the Introduction to the book, “Approaching the Qur’an” by Michael Sells.  His Introduction explains many things about Islam where in just a few pages, you will have a great basis of what the religion is about.

There are so many good and beautiful things that religion can do in people, for people and to unify people.

But most important is that we need to learn to hold our differences tenderly.

We are not a homogenous society.  Sometimes, we may not agree, but we need to sit with our discomfort.  We need to learn to deal deeply with our differences.  Differences make us rich.  We should celebrate them.  If we equalize and homogenize, we lose them.  We need to share in this collective responsibility to get along.

Let’s all try to dilute misery in the world. 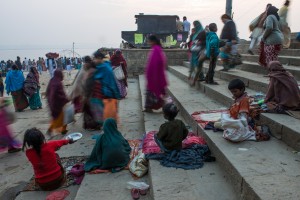 As for me, the reason I am writing this blog is because these words I too, need to hear.  I’m on this journey too.  I am not yet the person that I want to be.

I am seeking, I am striving.  I am in it with all my heart. – Vincent Van Gogh.

One day in class we were talking about Muhammad’s night journey and Professor Asani called it, “The Human Opera”. 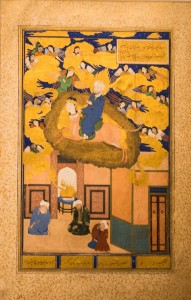 We are a human opera aren’t we?  We love, we laugh, we cry, we lose people, we have pain, sorrow, joy, we have family and tradition.  But what ties the opera together?  Our faith and love.  Our faith that there is a beautiful all loving God who knows and loves us.  We are all a part of this human opera.  And it is impossible to not participate.

Out of all the complex discussions and readings, it can be boiled down to, “We can only know God through love” and when we are focused on love, goodness will follow.  All we need is love. 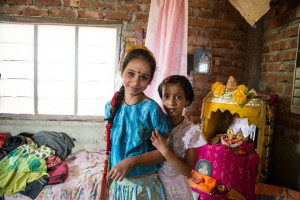 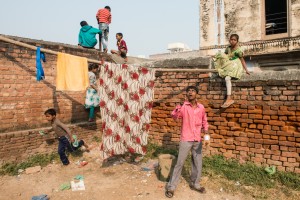 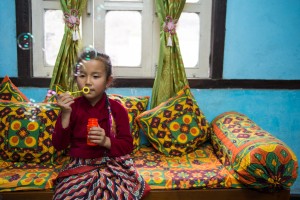