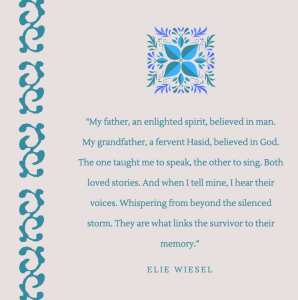 Today is Palm Sunday for Catholics all around the world. On this day, the gospel reading at Mass is different from any other day of the year. While most Sunday readings of the gospel change yearly, this feast day alone is commemorated with the recounting of Jesus’ passion. This narrative has been interpreted throughout the years in dramatic forms that have come to be known as passion plays. It is fitting then, that on this day I make this blog post about a passion play in the Muslim tradition.

The Ta’ziyeh is one of the most powerful examples of this dramatic genre known as “passion plays.” In this theatrical production, Shiite Muslims in Iran perform a reenactment of the tragedy of Hussein, the grandson of the Prophet Muhammad. The tragedy recounts the death of Hussein, along with his male children and companions in a brutal massacre at Karbala in the year 680 AD. Hussein’s murder, the consequence of a prolonged power struggle for control of the newly emerged Islamic community following the death of the prophet, resulted in the formation of two major factions of Muslims that had developed opposing views regarding leadership. This slaughter at Karbala came to be seen as the ultimate example of sacrifice for Shiite Muslims.

This Iranian tradition which began in the mid-nineteenth century “literally means expressions of sympathy, mourning and consolation…Despite criticism by the majority of the religious authorities who considered it sacrilegious for mortal men to portray any holy personage, Ta’ziyeh became more and more beloved by the people.” (Chelkowski, page 2, 8) This creation and consequent evolution of tradition is exactly what inspired me to make this graphic of the Elie Wiesel quote pictured above. I think the quote highlights the extreme importance of story-telling for the sake of the preservation of history and culture. This sustained tradition that relives the death of Hussein, which underscores the entire Shiite creed, is in a sense linking the survivors to the memory of their beloved martyrs.

I chose for this design to be somewhat simplistic because I wanted the attention to be directed towards the actual quote. But the line of designs on the left-hand side reminded me of similar visuals we have seen in Islamic arabesque. Similarly, the design pictured above the quotation resembled many of the architectural designs I had seen on my visit to La Alhambra in Granada, Spain. Although Wiesel was referencing his own Jewish ancestry, I think this is a lovely example of how humanity is united. Despite differences in cultures, races, opinions, times, and spaces, the human experience is, in fact, universally related. The importance of oral tradition in molding a culture or a people’s history is the same across these differences, and I think that this is an especially fitting representation of this phenomenon.

Week 6: The Significance of Mosque Decor