HomeThe Internet is Forever, and We are Immortal

With the speed at which technology is advancing, literally any object is a viable option to integrate into the Internet, even salt shakers with ambiance. I find it curious that toasters and refrigerators are always used as the quintessential Internet of things. I think this is because toasters and refrigerators emphasize that no simple or daily task is incapable of more convenience. Nevertheless, every time I go on road trips with my dad, I wonder how anyone ever got around with paper maps. I wouldn’t even know where to begin on a map because it was never something I needed to do. My entire driving career has been accompanied by mobile GPS, and everything else I rely on my phone for.

I remember in April 2016, my eccentric art teacher tried to convince me to switch to a flip phone (read: not a smart phone) for a month just like him. He had already given up his car which is significant in itself because we lived in suburban Nebraska. His idea captivated me, so I told him maybe after Visitas I would temporarily get rid of my iPhone because there was no way I could get from Nebraska and all around Boston/Cambridge without it. However, when I returned, I discovered that my phone contract would not end for another year and a half, so I couldn’t switch without paying about $300. My art teacher also realized he could not get rid of his phone because of some technical complication. Anyway, my point is that it is so much easier to gain technology than it is to rid ourselves of it. Even the people who are store our data find it far more difficult to dispose of it.

Not only is the technology we purchase financially binding, it also transforms our dependency into handicaps. We lose the skills we fail to use. Physically, it’s complicated and time-consuming to dispose of properly. The Internet is ~forever~ and for anyone to see. People are still pretty cautious about the content they post and who can see it. For example, seniors in high school will change their social media names to pop culture references or even just random objects similar to their name, so college admissions cannot find their Internet presence on social sites. They change their name and accompany it with a meme-like poorly photoshopped cover photo or profile picture. Mine was Brita Waterfilter. 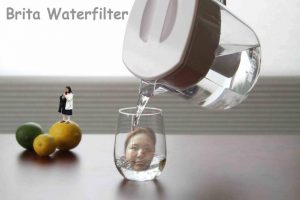 Although it’s usually done for the meme rather than actually trying to conceal our online presence, it’s still peculiar that people must go through certain lengths just to be hidden. I remember how whenever I would have an existential crisis in the 7th grade I would delete all my social media for a couple days, and the relief that would result from it. However, I knew that some things I posted could be pulled up with a simple Google search. The Internet never forgets about us and, in a sense, immortalizes us.

3 thoughts on “The Internet is Forever, and We are Immortal”