Welcome to the 4th Annual Fair Use Week Celebration!

Fair Use Week will celebrate success stories and debate examples through February 24, 2017 via platforms from workshops to Twitter forums. Here at Harvard, where we first launched Fair Use Week in 2014, the Library’s Office for Scholarly Communication is hosting a variety of events, including guest blog posts from national and international fair use experts, a fair use documentary movie premier, a “Fan Fiction & Fair Use” live event, Fair Use Week comics, and more! As always, our Copyright First Responders will act as official ambassadors to Fair Use Week, donning t-shirts to start conversations around campus and online.

Fair Use Week was appropriately born at Harvard in a 2014 campus-only pilot, but its Harvard roots run deep; the fair use statute was actually born out of an 1841 lawsuit (Folsom v. Marsh, now a comic book!) in which one Harvard historian sued another Harvard historian over quotes and abridgements in a biography of George Washington. The publishers (both Harvard alumni, one formerly the Harvard Librarian) took the case to court, where it was heard by Justice Joseph Story, who also happened to be a law professor at—you guessed it—Harvard. Today’s current four-factor statute wasn’t written until 1976, but Story’s core reasoning guided its formation, and it hasn’t changed much over almost two centuries. 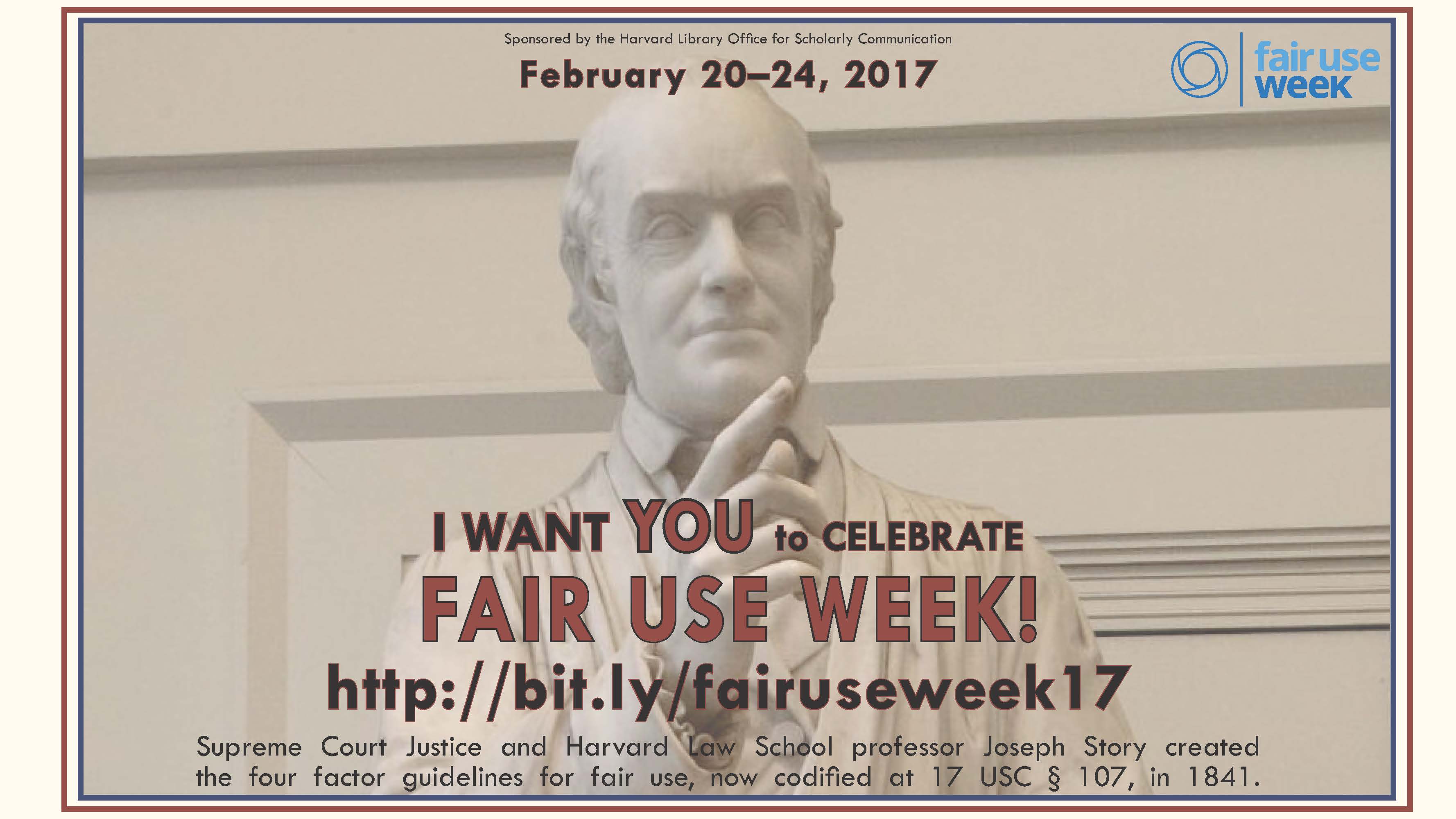