It’s a headline that writes itself.  The story is that in the late 1930s, a Nazi-sponsored German expedition to Tibet brought back a statue that, after recent testing, turns out to have been carved from a meteorite.
Cool, right?
The problem is that I smell a rat.  The statue doesn’t look right.  I can’t prove anything, and I’m not an art historian, but my bs meter went off when I saw a photo of it.  The iconography of Vaiśravaṇa is wrong, the posture of the figure, the face and beard — it just doesn’t look right.  I’ve seen enough Tibetan Buddhist sculpture to know that the surprises are endless and there is always more to learn, but I don’t think that uncritical acceptance of this figure is justified.
I don’t doubt the meteorite origin of the piece; it’s that I suspect it was carved in 1930s Germany,or somewhere besides Tibet.
[update: recent article (.pdf) supporting the counterfeit thesis]

Sotheby’s auction house recently had a sale of miscellaneous antiquities, including a 14″ stone disk dated to 2200-1700 BC from the “Bactrian/Margian Region.”  This is the so-called “BMAC” (Bactria-Margiana Archeological Complex), centered around Merv in present-day Turkmenistan, which was first described by Soviet archeologists in the 1970’s.  I don’t know enough about it, but this disk — how did it end up at Sotheby’s? — is apparently not the only example of its kind.   END_OF_DOCUMENT_TOKEN_TO_BE_REPLACED

There’s an important historical site at Niya — on the southern rim of the Taklamakan desert in Xinjiang, western China — that I wish I could find out more about.  I know that there have been Japanese teams digging there for years, but it’s hard to find good archeological field reports.  There’s lots of textual evidence which was found (plundered, stolen even) in the early twentieth century, so we know a fair bit about the early medieval history of the place, which was part of the region called ‘Kroraina’ in the local language, a kind of Gandhari praktrit written in Kharoṣṭhī.  Especially interesting to me was the unique style of part-time monasticism that the Buddhists of the region practiced, where householders temporarily took robes.

END_OF_DOCUMENT_TOKEN_TO_BE_REPLACED

Via Tom DiNaro and Reddit, an article in the UK’s Telegraph entitled “Chinese villagers ‘descended from Roman soldiers’“. The subhed: Genetic testing of villagers in a remote part of China has shown that nearly two thirds of their DNA is of Caucasian origin, lending support to the theory that they may be descended from a ‘lost legion’ of Roman soldiers.

This is a recurring meme, although more often the people in question are descendants of the lost tribe of Israel.  In this case, the meme is used to explain the blue-eyed and fair-skinned people in Gansu province in China. But, really, I think this “descended from {lost tribe of Israel, Alexander the Great, lost Roman legion, whatever}” meme says more about the people promoting it than any interesting historical problem.

END_OF_DOCUMENT_TOKEN_TO_BE_REPLACED 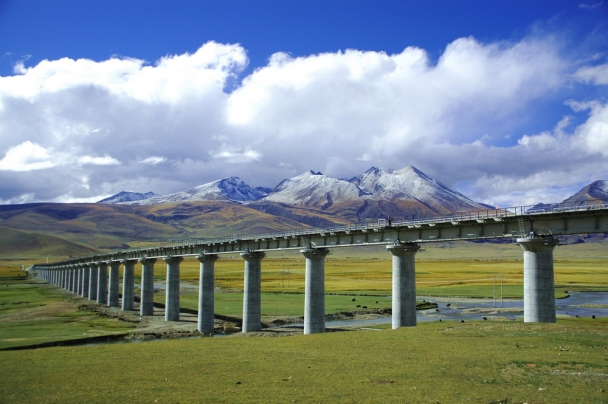 China is extending their railroads in all directions, including west to Tibet and southwest towards Burma, either to Lashio or Bhamo: Lashio’s the starting point for the WW II Burma Road but also the end of the Mandalay rail line, while Bhamo’s the northernmost navigable point on the Irrawaddy river. Either way, the railroad will connect up with the old French road from Kunming to Hanoi.