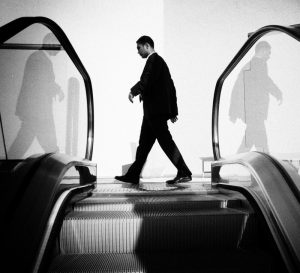 Kafka, in his short story ‘A Country Doctor’, has employed Freud’s psychoanalytic model of personality to cast his main characters. While the Doctor as the protagonist, personifies the Ego, on the other hand, the personality of the Groom as the antagonist, perfectly represents the stereotypical characteristics of the Id. The Groom accurately exhibits all the traits of the unconscious Id; His existence remained unknown, his behavior is primitive, and he is driven by his sexual urges.

According to Freud, the Id is the unconscious part of the psyche. Similarly, the Groom, even though he was settled within the Doctor’s house, no one was aware of his presence until then. The maid appropriately comments on the situation: ‘You never know what you have in your own house’ (Kafka 186). The description of the Groom as a hunkered man, which crawled out of the long unused pigsty on hands and knees, further mirrors the concealed entity of his being, as he unhurriedly surfaces to awareness. The Doctor perceives him as a stranger, but the Groom confidently hails: ‘Ho, brother, ho, sister!’ (Kafka 186), to his Ego and Superego counterparts.

The impulsive behavior of the Groom is a stereotypical manifestation of the Id. His instinctual drive portrays him as an aggressive animal with no inhibitions. Without hindrance, he launches himself audaciously on the innocent Rosa; sinking his teeth into her flesh as he claimed her for his pleasure. His aggressive defiance echoes with cruel agony as the Doctor proclaims: ‘I can still hear my front door cracking and splintering under the assault of the groom’ (Kafka 186). As the Id continuous to be static throughout the life course, without ever outgrowing its infantile state, equally, the character of the Groom remains brutally vulgar in his quest for immediate pleasure.

Sexual impulse is the cornerstone trait of the psychoanalytic theory of the unconscious.   The character of the Groom operates with a definite mission to advance himself on the Maid, without any further considerations. His libido is the driving force that sets his plan in full thrust. Taking the lead in the scene, his authoritarian behavior firmly sets in motion the consummation of his sexual fantasy. His strategy reaches swift triumph as he declares: ‘I am not even going with you, I’m staying with Rosa’ (Kafka 186). Every action of the Groom served the immediate intention to gratify his sexual desire.

Kafka was an avid consumer of Freud’s writings. His dream-like short story shares many elements from Freud’s book: The Interpretation of Dreams; within which he explores the unconscious workings of the psyche. Kafka, through the character of the Groom, achieved to perfectly represent this concept. Freud, only a few years after his book was published, wrote to a friend: ‘…not a leaf has stirred to reveal that The Interpretation of Dreams has had any impact on anyone’; obviously ignorant of the inner workings it had stirred in the psyche of young Kafka!

Freud, Sigmund. The ego and the id. Courier Dover Publications, 2018.