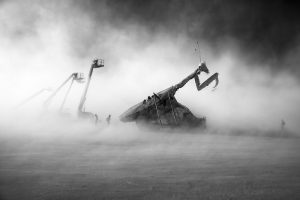 Before his transformation, Gregor was a dependable son and brother; his unforeseen metamorphosis resonates to the ubiquitous antagonism and exclusion, performed by society, towards diversity and change; shamefully dehumanizing any variation of the model norm. In each of the three parts, the protagonist attempts to exit his room, and is faced with gruesome revolt by his spectators, who want nothing more than to keep him out of sight. In his final exit, lured by the seductive sound of music, he is briefly reminded of his humanity, and we are given a valuable hint on the concealed influence of music as a structural element that drives the storyline. The three parts of the “Metamorphosis” mirror in absolute harmony the three movements of a musical sonata; exposition, development, and recapitulation (Jacobson).

As in any sonata, the exposition presents the two main themes of the piece. In this case, Gregor in his room, and Gregor exiting his room. In the first movement, the protagonist seems utterly disoriented in his new existence. He feels safe, although, barricaded in his room, almost like in a sanctuary, as the concerned voices of his family call out to him. As he exits the room, in a quivering Adagio, and reveals himself, the initial response of petrifying terror, swiftly escalates to disgraceful harassment, as he is forcibly chased back into his room.

The two main themes are further developed in the second part, but as the sonata form commands; with intended contrast to the first exposition. Now his room serves as a prison, protecting the family pride from his shameful entity. His parents, angry that their settled life was disturbed, deny his existence, and only his sister visits his room to offer him scrap food, without concealing her disgust. He has gained adept control over his body, trotting every surface. This time he dares exit the room briskly by adhering on the house walls, suggestive of Andante tempo. His father’s ungrateful entitlement reaches a crescendo as he relentlessly bashes him with apple-shaped bullets.

Kafka recapitulates in Grave tempo, Gregor’s decaying plight. Unable to move, surrounded by filthy debris, he is withdrawn; a dormant reminisce of his competent and productive self. Guilt-ridden, his family keeps his room door open, nonchalant of peril. With frail sinew, the tender sound of his sister playing the violin animates his imminent corpse to impel his final exit. This time they make no advance at him; instead, it is their dismissive and hurtful words that impaled him to retreat to his tomb, where he submits to his death. Finally, to gratify the full sonata form, Kafka included a Coda; a tailpiece at the end of the storyline, to construe the resolution of the family from the burden of a beast.

Kafka had every intention to write a masterpiece. It seems that with deliberation he employed the sonata form to drive the plot, using the universal language of music to tell a story of lost humanity, inscribing his inspiration in the most poignant stanza: “Was he a beast if music could move him so?” (Kafka).