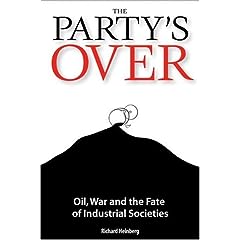 Barak Obama is not a black version of John Kennedy. He is a pathetic but apparently successful attempt to repackage tired political hackery as this season’s hot new reality show. And yet, he is not what is wrong with American Politics.

Hillary Clinton is a nakedly ambitious, calculatingly manipulative career politician who wants to create a dynasty by keeping the presidency in the hands of two families for nearly 30 years. And yet, she is not what is wrong with American Politics.

John McCain is an authentic war hero who now wants to lead an American permanently at war with all who resist the American Way, for thousands of years if necessary, making the Hundred Year War flash by in comparison. And yet, he is not what is wrong with American Politics.

George Bush has been easily the most disastrous president in modern American History, squandering decades of goodwill and consensus building within and without our nation, shattering the emerging unity of progressive democracies and savaging the American economy for the enrichment of the narrow sliver of socio-economic stratum from which he hails. And yet, not even he is what is wrong with American Politics.

What is wrong with American politics is our outdated, terminally corrupt and putrefying political parties, which have grown like cancers within the body politic, choking the life from its once robust physique.

The enduring genius of our system of government is that it was established, and continues to operate, on a set of timeless principles embodied in the oldest functioning Constitution on the face of the planet. This document has withstood the test of time because it does not try to solve the issues of the day, or reflect current thinking on the inevitable conflicts of interest groups which occur within any authentic democracy.

Rather, it was intended to be an enduring paradigm for the peaceful interplay of interest groups which is at the heart of modern democracy. As times changed, the issues of the day and the interest groups involved in them would change, but the system, with its checks and balances, would endure.

When a group of individuals with common interests in one or a group of issues of the day, they band together in an orginazation to promote those interests. These groups are called political parties.

And thus it was during the early years of the Republic. Some of the most memorable parties in our nation’s past lasted only a few election cycles. The famosisimo Federalist Party, which was formed by Alexander Hamilton and controled the government until 1801, only really lasted 24 years (1792-1816).

At around the same time, the Democratic-Republican Party, also called the Republican Party, but not to be confused with the modern-day GOP, founded by Thomas Jefferson, outlived the Federalists by a few years (1792-1824) before it lost power, split, transformed, and changed its name.

We do, however, remember the Natural Law Party (1992-2004), which we actually voted for in three presidential elections because their candidate, Dr. John Hagelin, a physics professor at Maharishi University and MIT, promised to deliver world peace through Transcendental Meditation and Yogic Flying, which we have always wanted to try.

This is what political parties should be all about. The excitement of forming something new, of sweeping away the old, of constant renewal through throwing out the soiled and patched-up plans of the previous generation, and starting from scratch with a fresh piece of paper on the political drawing board.

But for over 150 years the American political panorama has been dominated by just two behemoths, the Republicans (b. 1854) and the Democrats (b. 1820’s). They are now ancient, by historical standards, and have become much more of an impediment to than an implementation of a modern functioning Democracy.

Old parties are dominated by old men, and the adage that power corrupts holds just as true for political parties and their leaders as it does for kings.

The major American political parties have become institutionalized to the point that they are incapable of acting as agents for real change in the political system, which clearly is failing us in this, our hour of need. The insidious and incestuous coupling of political parties with centers of economic power has reached the point, after 150 years, where they cannot be separated.

Feeble efforts at campaign reform, like the McCain-Feingold Act, are doomed to failure because the clannish cadres at the cupolas of capitalism and the political parties have merged; they share the same values and interests, and they act in almost unconscious concert.

The fact that the two major party candidates in the last presidential election belonged to the same Yale University secret society 40 years ago, as did the heads of dozens of major American corporations, is NOT serendipity.

Because the cancer of Special Interests has spread too widely and penetrated too deeply into the major parties to be excised, these parties need to die. At present, they are staying alive thanks to transfusions of young, relatively uncorrupted blood. But they are capable of giving nothing in return, and will eventually and inevitably infect the donors, who will develop an antipathy or active antagonism to the political process as a result.

Barack Obama, we repeat, is NOT The One. He is a clever repackaging of the same tired old Democratic Party pseudo-populism, a political philosophy which should have died with the industrial revolution. Because he is young and good-looking, because, unlike most other candidates since JFK he can give a humdinger of a speech, and most of all because Democratic voters are so desperate for real live human alternative to the animatronic robots they keep foisting on us, he seems to be the front runner. Besides being a fraud and a cruel mirage, Barak Obama is a Republican wet dream.

But it really doesn’t matter who wins this election. We are more convinced than ever that The One will not emerge from either the Democratic or Republican parties. Whoever wins this election will be faced with intractable problems, and saddled with so many promises and debts that he or she will be unable to effect change on the level needed to right the course of the ship of state.

The American public, groping its way by instinct, is aware that the major parties are bankrupt. The 22% approval rating for Congress is a much better measure of the public esteem for the parties than the interest in the presidential race, which is powered by the vain hope that the victor will actually be able to change anything.

Unfortunately, things will have to deteriorate way past where they are now before a majority of Americans get desperate enough to abandon the doomed relics of parties past and start thinking about how to design a functional, transparent, participatory political party in the internet age.

Despite our curmudgeonly and cynical attitude, the Dowbrigade is a dreamer at heart, and a believer in the dream of democracy. To us, the Democratic and Republican parties are the most significant impediments to a rebirth of Democracy in this country. We truly believe that a better model is waiting to emerge, and that The One is waiting to lead it.

We just wish that he or she would hurry up.

2 Responses to The Party’s Over