The Bo Xilai Crisis: A Curse or a Blessing for China? An Interview with Cheng Li

China currently faces a daunting political crisis, due to the ongoing scandal riveting the country as the Chinese Communist Party (CCP) prepares for its upcoming leadership transition. Bo Xilai—formerly party chief of Chongqing and a member of China’s Politburo—has been stripped of his posts due to an investigation stemming from Chongqing police chief Wang Lijun’s February 2012 visit to the U.S. Consulate in Chengdu. During his conversations with U.S. officials, it is believed that Wang revealed damaging information about Bo and sought refuge due to his fear of persecution. After spending a night at the consulate, Wang was taken into custody by Chinese officials, a fate later shared by Bo and his wife Gu Kailai. Wang is currently being investigated, while Bo has been accused of various transgressions and Gu is suspected of involvement in the death of British citizen Neil Heywood in late 2011.

Bo, the son of a famous Chinese revolutionary, came to national prominence during his time as party chief of Chongqing due to his charisma, his ruthless crackdown against organized crime, and his promotion of Maoist songs and imagery. Before being assigned to lead Chongqing, Bo served as minister of commerce and mayor of Dalian in Liaoning province. In the months prior to this scandal, Bo was viewed as a rising star and a candidate for promotion to the nine-member Politburo Standing Committee.

NBR spoke with Cheng Li, an expert on Chinese elite politics and a senior fellow at the Brookings Institution, about the significance of these events, what they mean for China’s upcoming leadership transition, and their implications for future Chinese political reforms. This interview appeared on the NBR website: www.nbr.org.

How significant is this crisis for China?

My overall assessment is that the dismissal of Bo Xilai is a very positive event in China’s political development. While it has already constituted the most serious political crisis since the 1989 Tiananmen incident (and perhaps since the 1971 Lin Biao incident), the Hu Jintao–Wen Jiabao administration may have successfully avoided an even bigger crisis. In stark contrast with the 1989 Tiananmen incident, China’s economy and society have hardly been disrupted, at least up until now. This reflects the maturity of Chinese society and the strength of the country as a whole. To a great extent, this crisis has been a good thing for China. It not only reveals major flaws in the Chinese political system, but may also help the Chinese leadership, intellectual communities, and the general public reach a new consensus, thus contributing to bold and genuine political reforms. However, if the leadership fails to seize this great opportunity, the CCP will be in greater jeopardy in the years to come. END_OF_DOCUMENT_TOKEN_TO_BE_REPLACED

Bo Xilai’s Decline and the Future of Chinese Legal Reform

Many Chinese still remember how Bo Xilai, then the party secretary of Chongqing City, charged a criminal defense lawyer Li Zhuang for perjury and coerced him to plead guilty without due process of law, which the liberal jurists in China treasured; when Bo became a strong candidate for the post of the Politburo standing committee to be in charge of the legal departments, the liberal jurists were more worried; after Bo further announced the intention to revive the Maoist legacy in law, the liberal jurists almost felt hopeless: if that happened in China there would be no future for the rule of law, which they had fought for many decades.

Bo’s campaign against official corruption and organized crime in Chongqing City confirmed many of the worries, since torture and coercion were used extensively to produce confessions, according to Professor Tong Zhiwei’s report.

In a lengthy report on the so-called anti-crime campaign in Chongqing, Tong Zhiwei, a law professor at Shanghai’s East China University, makes a detailed case that the campaign went well beyond Chinese law. Secret arrests and forced confessions were routine, Tong says.

from a CNN report

The liberal jurists in China should feel at ease now, since just a few hours ago the Chinese Central Government announced that the ousted former Chongqing party chief Bo Xilai had been stripped of his party positions. With Bo’s decline, the worries about the revival of Maoist-style law may soon disappear. As for the future of legal reform in China, however, it remains to be seen how Bo’s story will continue to unfold and to influence the soon-to-take-place 18th Chinese Communist Party Congress.

An interesting detail in this story is that Bo’s wife Gu Kailai is now charged with the murder of a British businessman Neil Heywood for “economic disputes.” The term “economic disputes” hints Bo’s own involvement in corruption, and if proven Bo’s public image as a fighter against official corruption would be completely destroyed. Right now, perhaps Bo is secretly hoping that on his wife’s case the police would not conduct a Maoist-style investigation that he himself revived.

Glowing Pork, Exploding Watermelons
Why China cannot keep its food safe
From Foreign Affairs! By Thomas Thompson
In July 2008, 16 children in the Chinese province of Gansu fell ill, suffering from low urine production. Their numbers multiplied, and by November hundreds of thousands of young Chinese throughout the country were experiencing varying degrees of kidney failure. Government inspections soon revealed that several prominent dairy companies and their suppliers were to blame. In an attempt to make it appear as if their products contained more protein, these companies had added melamine-formaldehyde resin, an inexpensive nitrogen-rich chemical used in plastic manufacturing, to baby formula and other types of milk. END_OF_DOCUMENT_TOKEN_TO_BE_REPLACED Today, legal educators around the world recognize that law schools need to go global. Legal academics, practitioners and activists working “locally” are increasingly drawing upon comparative law insights and understandings of global governance (economic, trade, security, and migration). Crucial question needs to be raised to legal educators and practitioners. What makes a law school a “global law school?” Are “global law schools” actually new phenomena, as is often stated, or do they reflect merely a new register in a long history of globalizations of legal thought and legal consciousness? What kind of lawyers should “global law schools” train for an increasingly globalizing world? A recent interview of the Minister of Civil Affairs Li Liguo reveals an encouraging signal from the Chinese government that the non-profit organizations (NGO) registration will be significantly easier in the future. 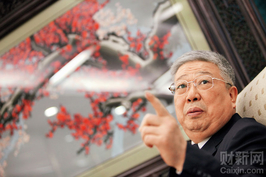 Current national regulations stipulate that NGOs must find government supervisory entities before they register with civil affairs departments. Most government agencies were reluctant to take responsibility for supervising NGOs, and as a result some NGOs have chosen to register as business enterprises. Such registration brought difficulties and legal risks. END_OF_DOCUMENT_TOKEN_TO_BE_REPLACED

How Capitalist is America?

How Capitalist is America?

CAMBRIDGE – If capitalism’s border is with socialism, we know why the world properly sees the United States as strongly capitalist. State ownership is low, and is viewed as aberrational when it occurs (such as the government takeovers of General Motors and Chrysler in recent years, from which officials are rushing to exit). The government intervenes in the economy less than in most advanced nations, and major social programs like universal health care are not as deeply embedded in the US as elsewhere.

But these are not the only dimensions to consider in judging how capitalist the US really is. Consider the extent to which capital – that is, shareholders – rules in large businesses: if a conflict arises between capital’s goals and those of managers, who wins? END_OF_DOCUMENT_TOKEN_TO_BE_REPLACED

Modernity progressively undermines the social environments which support taken-for-grantedness, in religion as in everything else that people believe. This is not the place to elaborate on this important phenomenon, but the basic reason for it can be stated quite simply: People take their beliefs for granted to the extent that everyone around them does the same. Put differently, beliefs appear to be self-evident if there is a more or less uniﬁed social consensus about them. Modernity, through some of its most basic processes (such as mass migration, mass communication, urbanization), undermines this sort of consensus. The individual is increasingly confronted with many different beliefs, values, and lifestyles, and is therefore forced to choose between them. Choice requires at least rudimentary reﬂection. Religious choice, then, requires at least rudimentary theologizing.